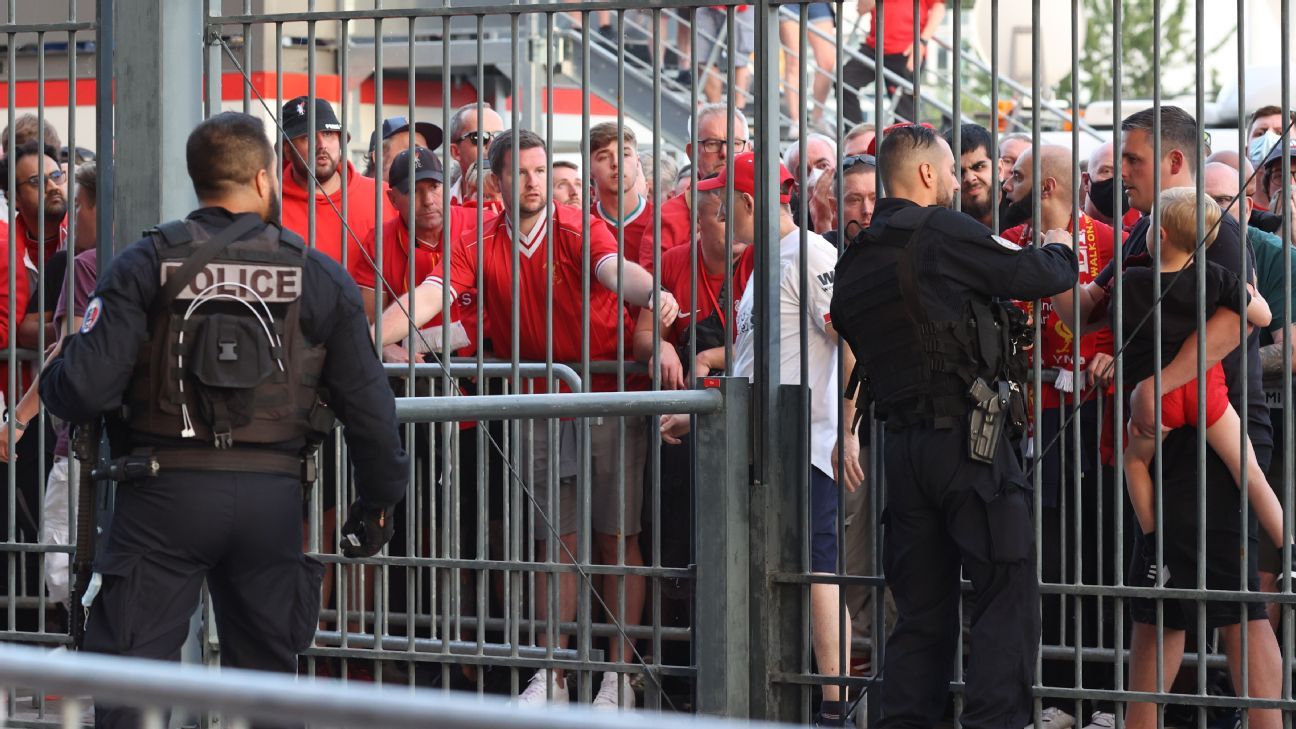 Liverpool chairman Tom Werner has demanded an apology from the French sports minister after she said British fans with fake tickets and the club's handling of their supporters were responsible for the trouble that marred Saturday's Champions League final.

The match at the Stade de France, which Real Madrid won 1-0, was delayed by more than half an hour after police tried to hold off people trying to force their way into the ground. Some fans, including children, were tear-gassed by French riot police.

On Monday, sports minister Amelie Oudea-Castera said that the initial problems were caused by Liverpool fans without valid tickets and accused the club of letting their supporters "out in the wild."

French interior minister Gerald Darmanin claimed that between "30,000-40,000 fake tickets" were a central factor in the disorder outside the stadium, saying there was "massive [ticket] fraud on an industrial scale."

Werner hit back late on Monday in a letter to Oudea-Castera, describing her comments as "irresponsible, unprofessional, and wholly disrespectful" to the fans affected.

"The UEFA Champions League final should be one of the finest spectacles in world sport, and instead it devolved into one of the worst security collapses in recent memory," Werner was quoted as saying by the Liverpool Echo newspaper.

"On behalf of all the fans who experienced this nightmare I demand an apology from you, and assurance that the French authorities and UEFA allow an independent and transparent investigation to proceed."

UEFA has commissioned an independent inquiry into the incident, while Oudea-Castera said the French sports ministry would produce a report within 10 days.

In an interview with Liverpool's website, chief executive Billy Hogan said they were also reviewing legal options available to them on behalf of their supporters.

"Also, to say our fans didn't turn up on time is crazy. My colleagues across the club, our ownership and I, we all saw it with our own eyes; we were outside the ground, on the ground, in those crowds and from everything I saw, our fans arrived early and they were queuing as directed by authorities."

More in this category: « UEFA commissions inquiry of UCL final fiasco USMNT look to address striker woes vs. Grenada »
back to top