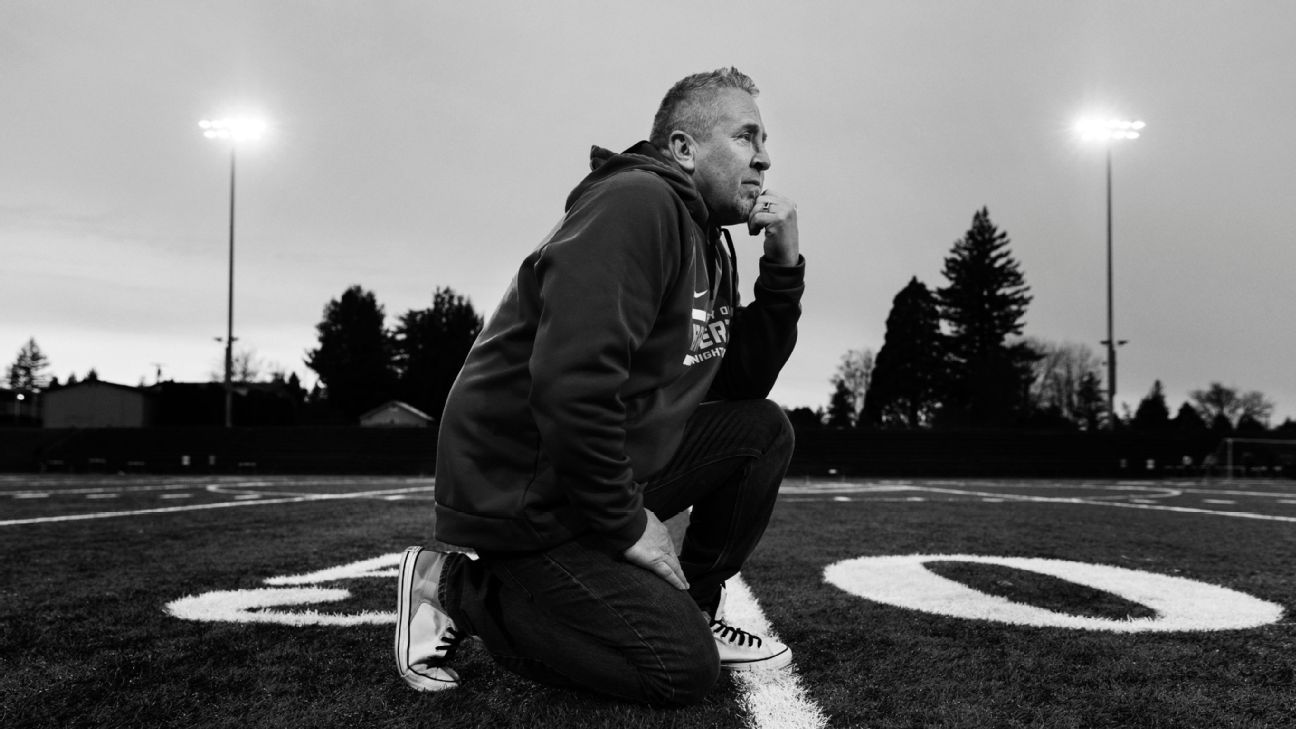 WASHINGTON -- The Supreme Court on Monday sided with a football coach from Washington state who sought to kneel and pray on the field after games.

The court ruled 6-3 along ideological lines for Joseph Kennedy, an assistant coach for Bremerton High School's varsity football team and head coach of the junior varsity team for seven years.

For nearly a decade, Kennedy led prayers after games, with students often joining him. Kennedy said he had a commitment to God to take a knee and say a brief prayer after each game right at midfield. Concerned about being sued for violating students' religious freedom rights, Bremerton, Washington, public school officials asked him to stop praying publicly, but he refused. Officials placed Kennedy on leave, and his contract was not renewed in 2015.

Kennedy sued, and with the support of conservative activists, his case ended up at the Supreme Court.

Justice Clarence Thomas asked how the school district would respond if rather than taking a knee for prayer, the coach took a knee on the field during the national anthem in "moral opposition to racism."

Monday, the justices ruled that the coach's prayer was protected by the First Amendment.

"The Constitution and the best of our traditions counsel mutual respect and tolerance, not censorship and suppression, for religious and nonreligious views alike," wrote Justice Neil Gorsuch for the majority.

The case forced the justices to wrestle with how to balance the religious and free speech rights of teachers and coaches with the rights of students not to feel pressured into participating in religious practices. The outcome could strengthen the acceptability of some religious practices in the public school setting.

"This is just so awesome. All I've ever wanted was to be back on the field with my guys," Kennedy said in response to Monday's opinion. "I'm incredibly grateful to the Supreme Court, my fantastic legal team, and everyone who has supported us. I thank God for answering our prayers and sustaining my family through this long battle."

The decision is also the latest in a line of Supreme Court rulings for religious plaintiffs. In another recent example, the court ruled that Maine can't exclude religious schools from a program that offers tuition aid for private education, a decision that could ease religious organizations' access to taxpayer money.

ESPN's Michael Fletcher contributed to this report, and information from The Associated Press was used in this report.

More in this category: « Russian court sets Friday as start of Griner trial Lightning deal McDonagh to Preds for 2 players »
back to top