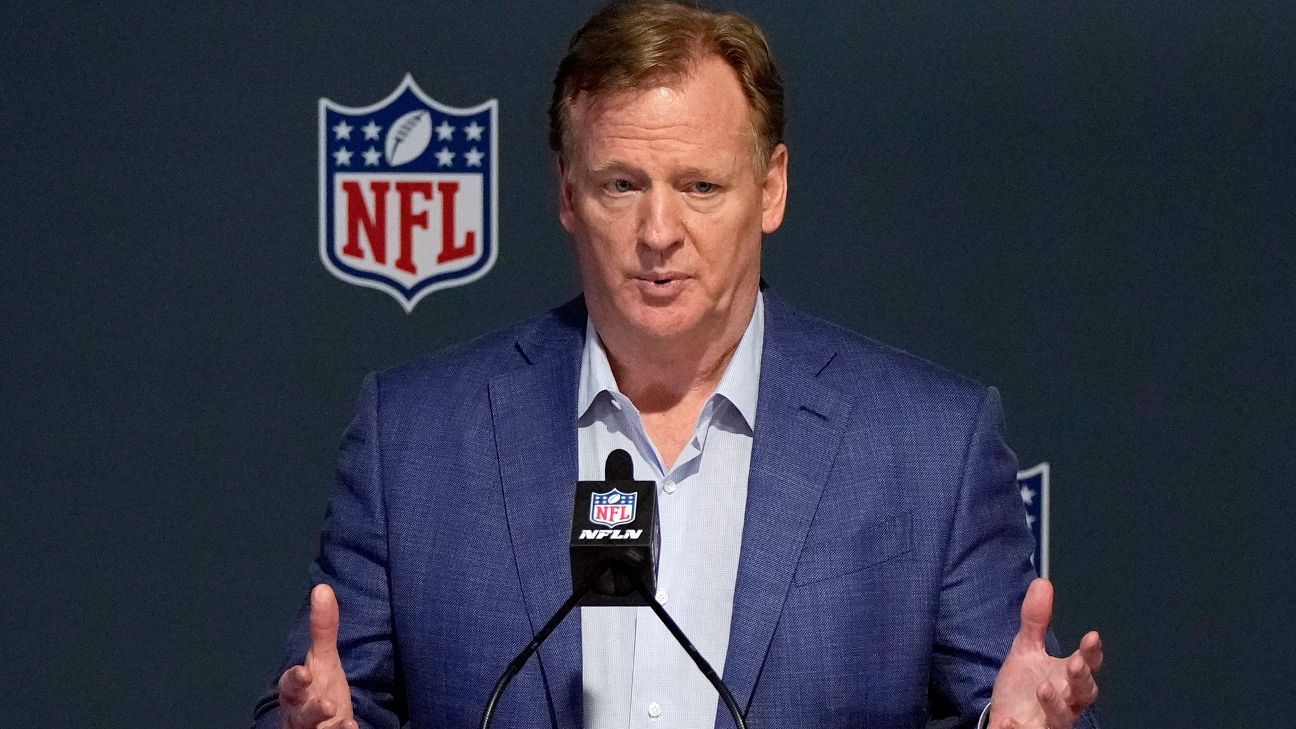 Last week, the NFL formally appealed Watson's six-game suspension, which was handed down by the NFL's disciplinary officer Sue. L Robinson earlier this month. At a league meeting called to formally approve the Denver Broncos' new ownership group Tuesday, Goodell was asked why the NFL appealed Robinson's decision and was seeking a suspension of at least a year for the Cleveland Browns quarterback.

Last week, the NFL appointed Peter C. Harvey, a former New Jersey attorney general, to hear the appeal of Watson's suspension for violations of the NFL's personal conduct policy. Goodell said Tuesday he did not know when Harvey would make a ruling.

Following a six-month investigation, the league announced last week the Dolphins violated the anti-tampering policy on three occasions from 2019 to 2022 in conversations with quarterback Tom Brady and the agent for then-New Orleans Saints coach Sean Payton.

The NFL, however, did not find evidence the team intentionally lost games during the 2019 season. In February, former Dolphins coach Brian Flores said in his lawsuit alleging racism in the league's hiring practices that Ross attempted to incentivize him to "tank,'' or purposely lose games, shortly after he was hired in 2019, with Ross allegedly offering Flores $100,000 for every loss that season.

Goodell said Tuesday he specifically addressed the Dolphins' sanctions and the investigation with the owners in the meeting after the new ownership group for the Broncos had been formally approved.

"Well several things, the integrity of the game is critically important,'' Goodell said. "I think the findings are very clear ... and while tanking clearly did not happen here, we all have to understand our words, our actions have implications and we have to be careful.''

Robinson issued the six-game suspension in a 16-page report, writing that "the NFL carried its burden to prove, by a preponderance of the evidence, that Mr. Watson engaged in sexual assault (as defined by the NFL) against the four therapists identified in the Report.''

She also said in the report Watson engaged in conduct that posed "a genuine danger to the safety and well-being of another person, and conduct that undermines or puts at risk the integrity of the NFL.''

Robinson wrote the NFL had recommended Watson be suspended for the entire 2022 regular season and postseason.

While relying on precedent, Robinson sought to differentiate between violent and nonviolent sexual conduct. Robinson concluded Watson's conduct "does not fall into the category of violent conduct that would require the minimum six-game suspension'' the league had established as "by far the most commonly-imposed discipline for domestic or gendered violence and sexual acts.''

Robinson also said Watson's "predatory conduct cast 'a negative light on the League and its players.'''

Watson was accused of sexual assault and other inappropriate conduct during massage sessions in civil lawsuits filed by 25 women. The encounters alleged in the lawsuits took place between March 2020 to March 2021, while Watson was with the Houston Texans.

One of the 25 lawsuits was dropped after a judge's ruling in April 2021 that the plaintiffs needed to amend their petitions to disclose their names. In June, Watson settled 20 of the remaining 24 lawsuits. He later agreed to settle three of the remaining four.

More in this category: « Welcome to the Sean McVay Moment Bears WR Harry out indefinitely after surgery »
back to top