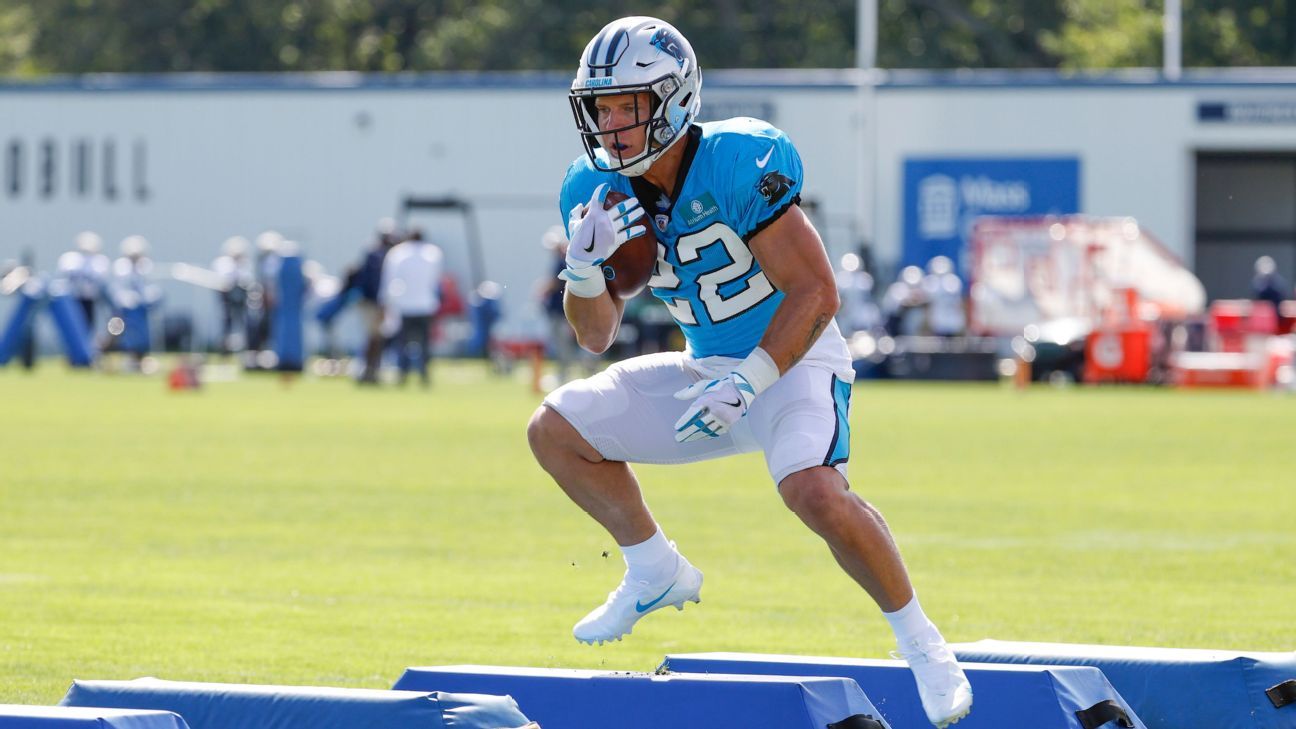 Carolina Panthers star running back Christian McCaffrey was involved in a scuffle Wednesday during a joint practice with the New England Patriots that left a fan injured.

McCaffrey, who was out of bounds, was knocked to the ground by Patriots defensive lineman Deatrich Wise Jr., who landed on the fan during the ensuing scrum. McCaffrey responded by spiking the ball at Wise's feet, sparking the fight that carried over into the stands.

The woman suffered a swollen foot but refused treatment from Patriots medical personnel.

The 6-foot-5, 275-pound Wise reached out to the fan to apologize, and McCaffrey shook her hand as well. The Patriots offered her tickets to a game this season.

It marked the second straight day that the Panthers-Patriots joint practices featured an altercation. Wise was tossed from Wednesday's workout along with Panthers backup running back Chuba Hubbard and cornerback Kenny Robinson, who also was ejected for fighting Tuesday.

ESPN's David Newton and Mike Reiss contributed to this report.

More in this category: « Sources: Man Utd eye move for USMNT's Pulisic How to watch the Tour Championship on ESPN+ »
back to top