GOP to end House review of Commanders in '23 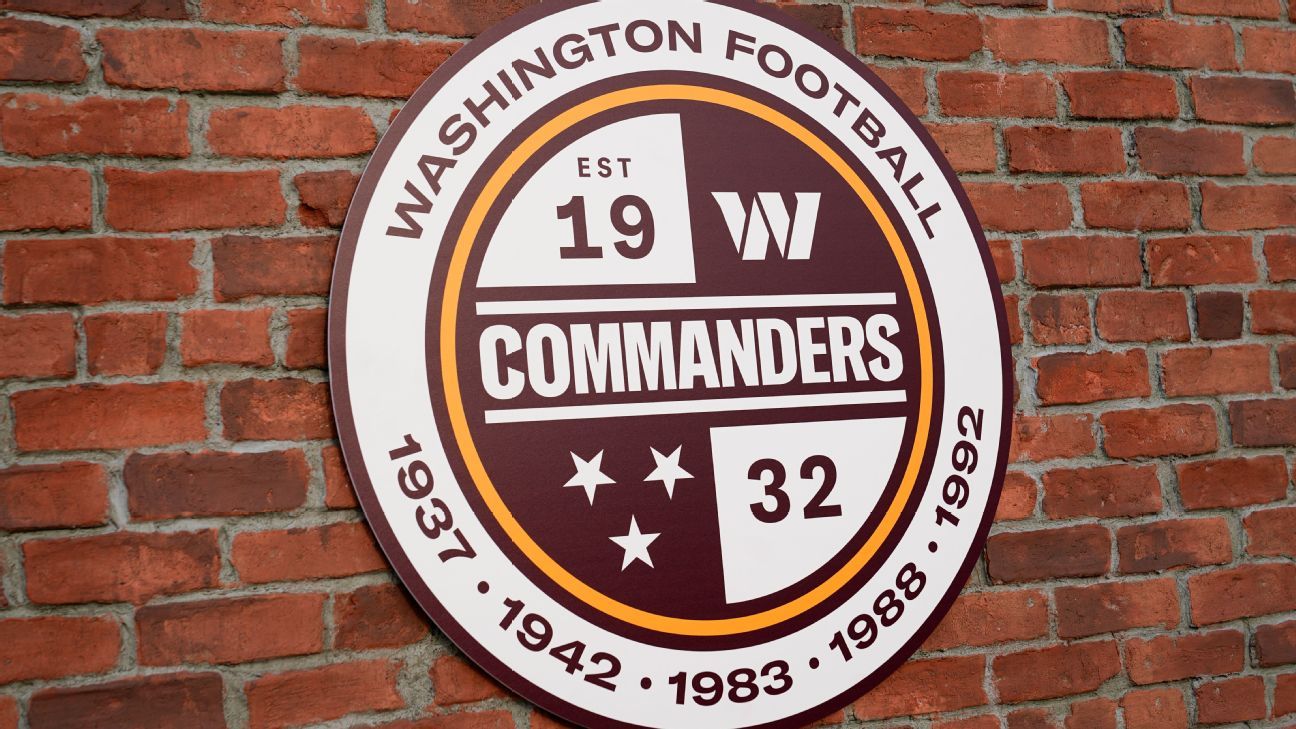 The congressional investigation of the Washington Commanders will end when Republicans take over early next year, according to the party's ranking member of the U.S. House Committee on Oversight and Reform that has been looking into the NFL team's workplace culture.

"It's over," Rep. James Comer of Kentucky said in a brief statement, which came after The Associated Press and other outlets projected Republicans clinched a narrow majority in the House for the 118th Congress that begins meeting Jan. 3.

Democrats led by chairwoman Carolyn Maloney of New York and Economic and Consumer Policy Subcommittee Chairman Raja Krishnamoorthi of Illinois had been presiding over the investigation since last year. Comer vowed over the summer to bring it to a halt if Republicans won House control from midterm elections, as expected.

The team in a statement through legal counsel praised the decision to drop the case.

"We applaud Rep. Comer for his leadership in putting an end to the investigation into a private company, which has been correctly characterized by sitting members of Congress as a 'farce' and 'an abuse of power,'" attorneys John Brownlee and Stuart Nash said, adding the investigation has not interviewed any current employees and has relied largely on those who have been fired or left the organization.

"The Congressional investigation has added nothing of value to this process and, indeed, the independent firm (Vestry Laight that is) monitoring the improvements in the Commanders' workplace has singled out the investigation as an impediment to further progress."

A spokesperson for the House Oversight Committee said there were no updates on the investigation, which included virtual testimony from NFL Commissioner Roger Goodell in a public hearing and a private virtual deposition by Washington owner Dan Snyder that lasted for more than 10 hours, the contents of which have yet to be released.

"The Committee has selectively leaked witness testimony while burying evidence, such as Mr. Snyder's own deposition, that refutes the Committee's pre-conceived narrative," Brownlee and Nash said in their statement.

Congress was overseeing one of a multiple of ongoing investigations into the team, with the league's latest review led by former U.S. Attorney Mary Jo White still in progress. Last week, the District of Columbia sued Snyder, the Commanders, Goodell and the NFL in a consumer protection civil lawsuit for colluding to deceive fans by lying about the first inquiry into workplace misconduct that wrapped up in July 2021 and included the team being fined $10 million.

Dan and wife Tanya recently hired a firm to explore possible transactions, which could include selling part or all of the team Snyder has owned since 1999.

More in this category: « Eagles add Suh to reinforce D-line after injuries Messi: Argentina have finally arrived at WC »
back to top