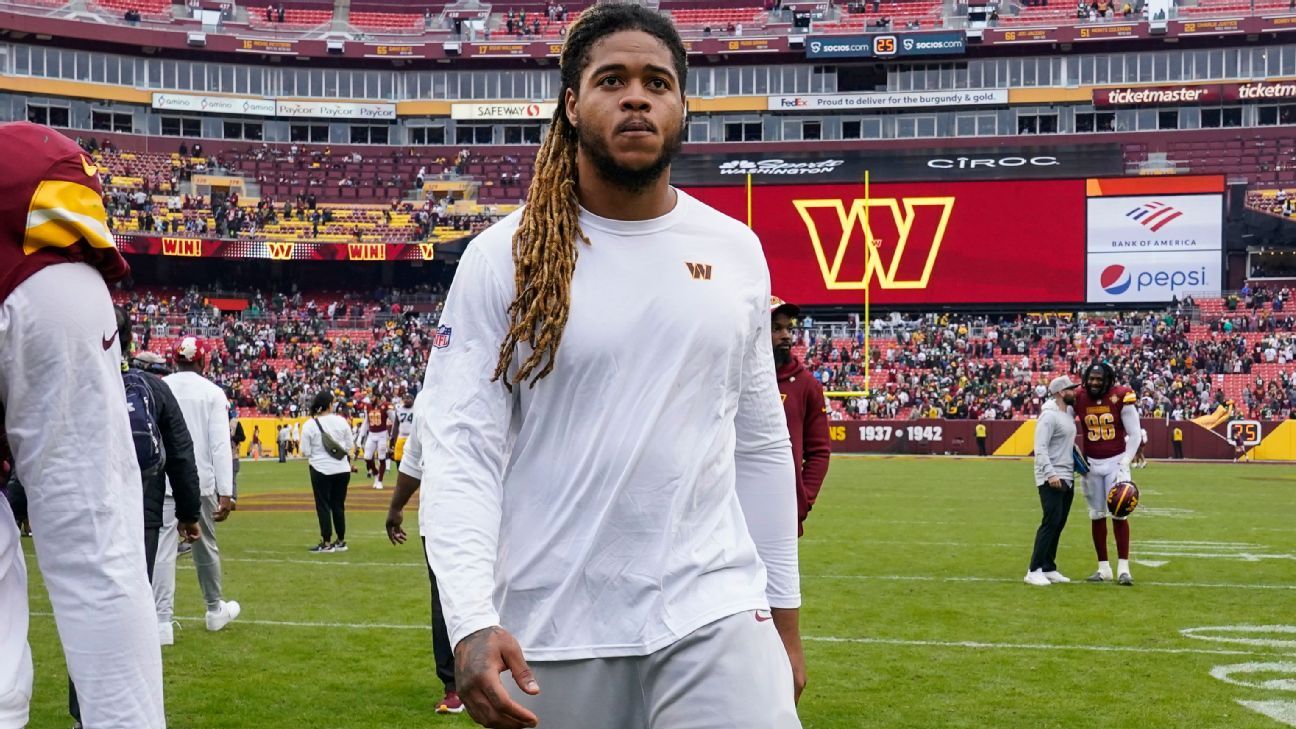 HOUSTON -- Washington Commanders defensive end Chase Young will have to wait another week to return.

Washington did not activate him to the 53-man roster so he won't play at the Houston Texans on Sunday.

Washington coach Ron Rivera said Friday that they will "most certainly" activate him before Wednesday.

Young, who opened the season on the physically unable to perform list, started practicing Nov. 2. Washington's 21-day window to either activate him or place him on injured reserve is Tuesday.

Young tore his right ACL on Nov. 14 last year and doctors needed to repair his knee by grafting the healthy patellar tendon from his left knee, adding to his recovery.

Rivera said trainers told him Young's knee is fine; he just needs to regain the confidence to push off hard on his right leg.

"When you talk to the trainers and listen to the strength conditioning guys, there's nothing else they can do for him, " Rivera said. "Now it's about the football part of it. It's how confident, how comfortable, how well does he do the football aspect of it now. He can go straight ahead and everybody else sits there getting fired up because he's going to run somewhere around 19-20 [mph] on the GPS you're going to feel well. But now it's moving when you've got 300 pounds pushing one direction or 600 pounds, you're trying to hold the point. That's the different thing. That's the thing you can't mimic during your rehab program. So this is the important time for us."

Rivera said even after Young is activated they might wait another week or two depending if he shows them what they want to see.

Young was the NFL Defensive Rookie of the Year in 2020 when he posted 7.5 sacks, four forced fumbles and three fumble recoveries, including one for a touchdown. He finished with 1.5 sacks last season

More in this category: « FIFA boss slams Europe's 'hypocrisy' in speech Messi: Argentina have finally arrived at WC »
back to top