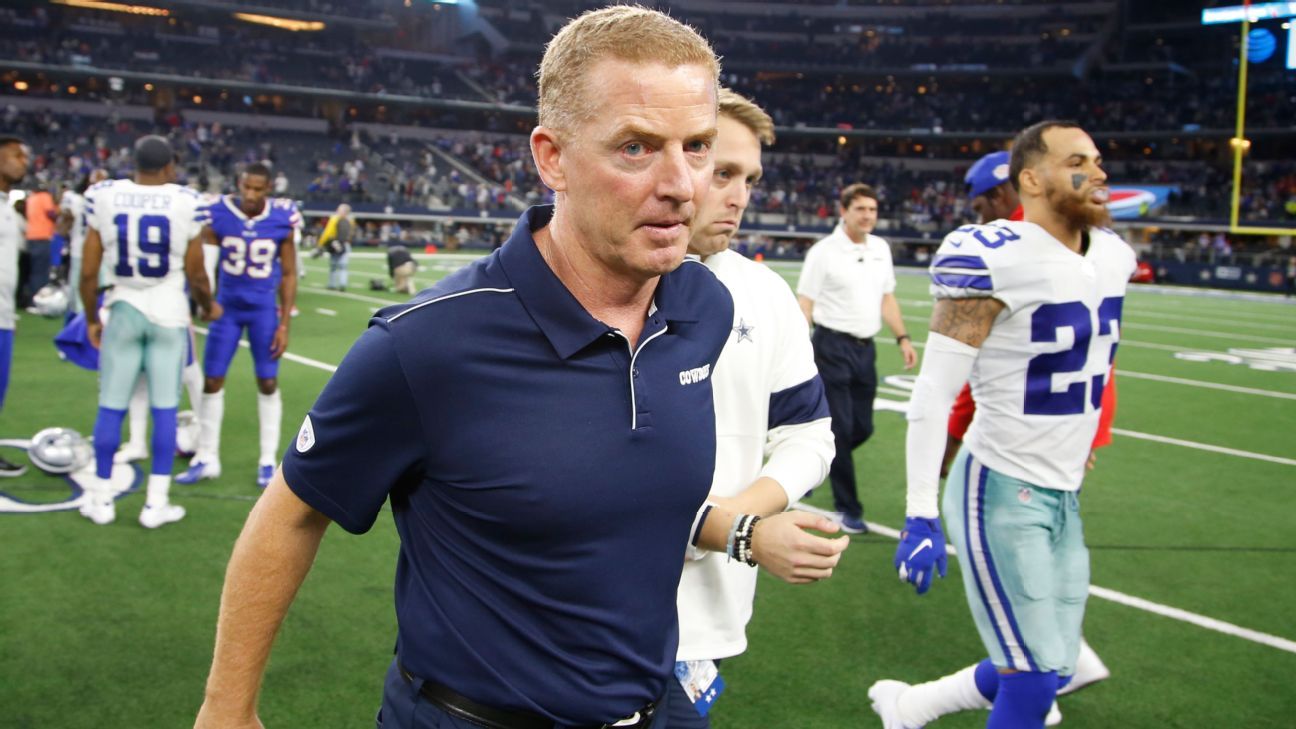 Stanford has completed the final round of interviews and a decision is expected in the coming days, sources told Thamel.

Garrett, 56, was the Cowboys' coach from 2010 to 2019, going 85-67 in the regular season and 2-3 in the playoffs. He was fired after the 2019 season when the Cowboys finished 8-8 and most recently was the New York Giants' offensive coordinator before being fired during the 2021 season. He currently is an analyst for NBC Sports.

The 54-year-old Taylor, who graduated from Cal, is coaching Sacramento State in Friday's FCS quarterfinals against Incarnate Word. He has been the coach at Sacramento State since 2019, is a two-time Big Sky Conference Coach of the Year (2019, '21) and the 2019 Eddie Robinson Award winner as FCS coach of the year and a finalist again this year after leading his team to a 12-0 record entering Friday's game.

The Stanford job became open when David Shaw resigned last month after 12 seasons. He was the winningest coach in Stanford history with a 96-54 record. His resignation came after back-to-back 3-9 seasons and a 14-28 stretch since the start of 2019.

The news of the finalists was first reported by The Athletic.

More in this category: « Browns' Watson on rust: 'When it clicks, it clicks' Sources: Bama coach Golding joining Ole Miss »
back to top