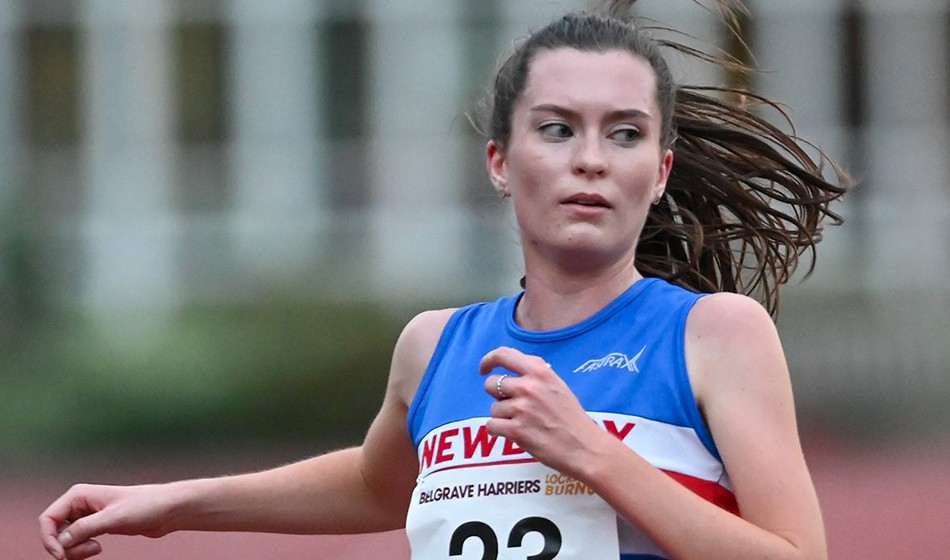 Belgrave Harriers held what is believed to be the first UK endurance track meeting of the summer on a sweltering Wednesday evening at Battersea Park, though the temperature did drop slightly during the event and the winds were relatively light.

The inaugural Belgrave Endurance Night featured eight 3000m races, with a limit of six athletes per race, and the event was held under strict conditions which saw the six being kept separate from subsequent races and only allowed into the arena after the previous race was finished.

The fastest men’s time of the night was run in race eight by Newham and Essex Beagles Irish athlete Eoin Pierce. The 3:42.87 1500m performer ran a 60-second last lap to win in 8:14.47 which gave him a five-second winning margin over Josh Trigwell.

The final Belgrave Harrier 3000m is won by Eoin Pierce in 8:14.47 pic.twitter.com/GGQrUkNyC0

An interesting winner in race seven was Australian 2:16:43 marathoner Reece Edwards. He had a five-second lead at the bell but was caught with 100m to go by Oliver Newton but he found a late response to win by half a second.

The fastest women’s time was set by National junior cross-country runner-up Izzy Fry (pictured), who was fourth in her race in a PB of 9:22.06.

Fry pulled away over the closing laps from Sarah Astin (9:29.41) and Verity Ockenden (9:33.81), who both may still be a little jaded from their fast road races at the Podium 5km on Saturday.

In the same race, English masters international Andy Bond ran the fastest M45 outdoor 3000m time of the year with a 9:11.35 PB.

Despite just six runners in each race in the Belgrave Harriers 3000m, for social distancing, three of the competitors between second and fourth finish within a second. Julien Da Teresa is the day’s first winner in 10:42.10 pic.twitter.com/fG3i2Rg9NW

Full results can be found here.