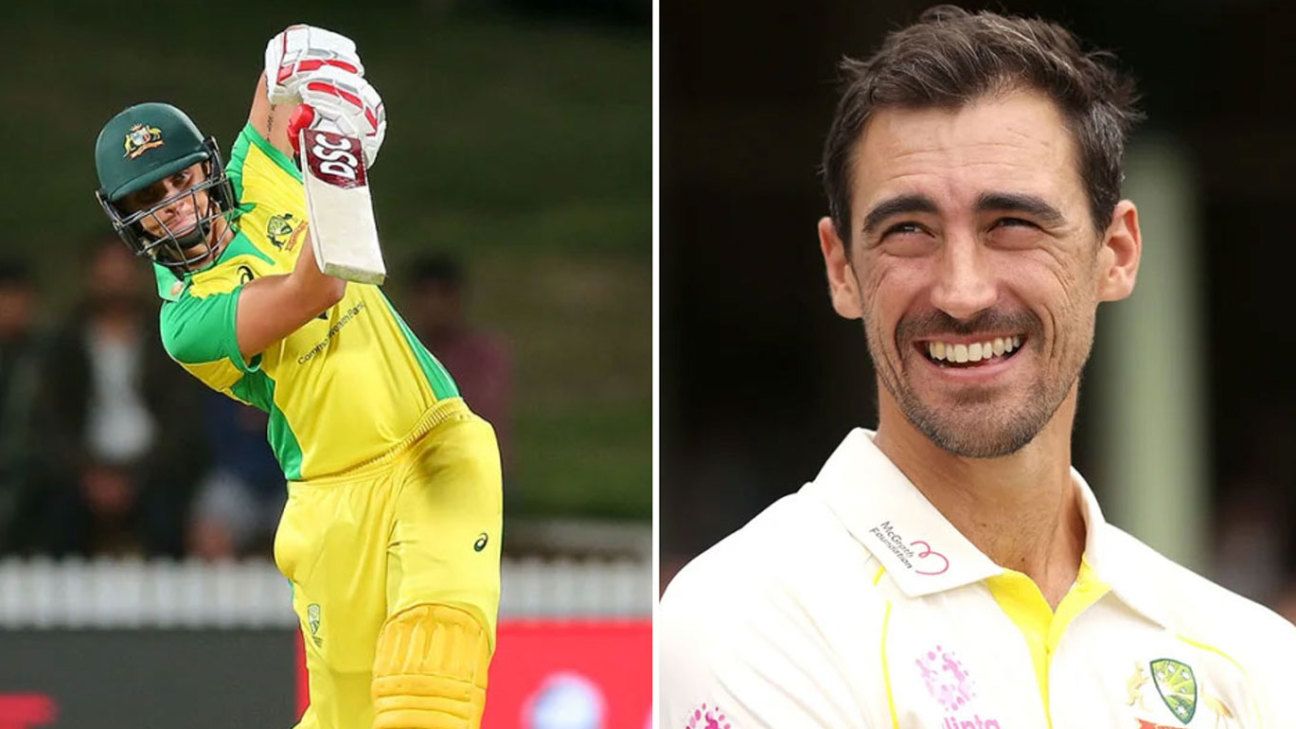 Mitchell Starc and Ashleigh Gardner have taken the top honours for the first time at the Australian Cricket Awards.
Starc was named the Allan Border Medalist and Gardner the Belinda Clark Medalist having topped the voting period of the awards from January 26, 2021 through to January 18, 2022.
Starc, who took 43 wickets across all formats in the 12-month period and 19 of which came in the men's Ashes, pipped Mitchell Marsh to the honour by one vote. He was the only specialist fast bowler to play all five Tests against England. Gardner, the first Indigenous player to take one of the top awards, came in seven votes ahead of last year's winner Beth Mooney.
The awards for international cricket are based on votes from players, umpires and the media on a 3-2-1 basis from each match.
Across 10 innings Gardner struck 281 runs at an average of 35.10 that included four half centuries claimed nine wickets.
Starc also took the male ODI Player of the Year award, albeit Australia played only three games in the format, while Marsh was an unsurprising winner of the T20I title - 24 votes ahead of second-placed Josh Hazlewood - after his starring role in the T20 World Cup victory and the lead-up matches.
Travis Head took the male Test player award ahead of Scott Boland, who only missed out by two votes despite playing just three matches, and Starc. Head was named Player of the Series during the men's Ashes having made 357 runs at 59.50 including two centuries.
Alyssa Healy was named female ODI player of the year for the third year in a row and Mooney took the T20I honour.
One the domestic front, Head and Elyse Villani took the respective Player of the Year titles while Darcie Brown and Tim Ward were named the Betty Wilson and Bradman Young Cricketers of the Year.
Mitchell Starc
Ashleigh Gardner
Mitchell Marsh
Travis Head
Australia
Read 52 times