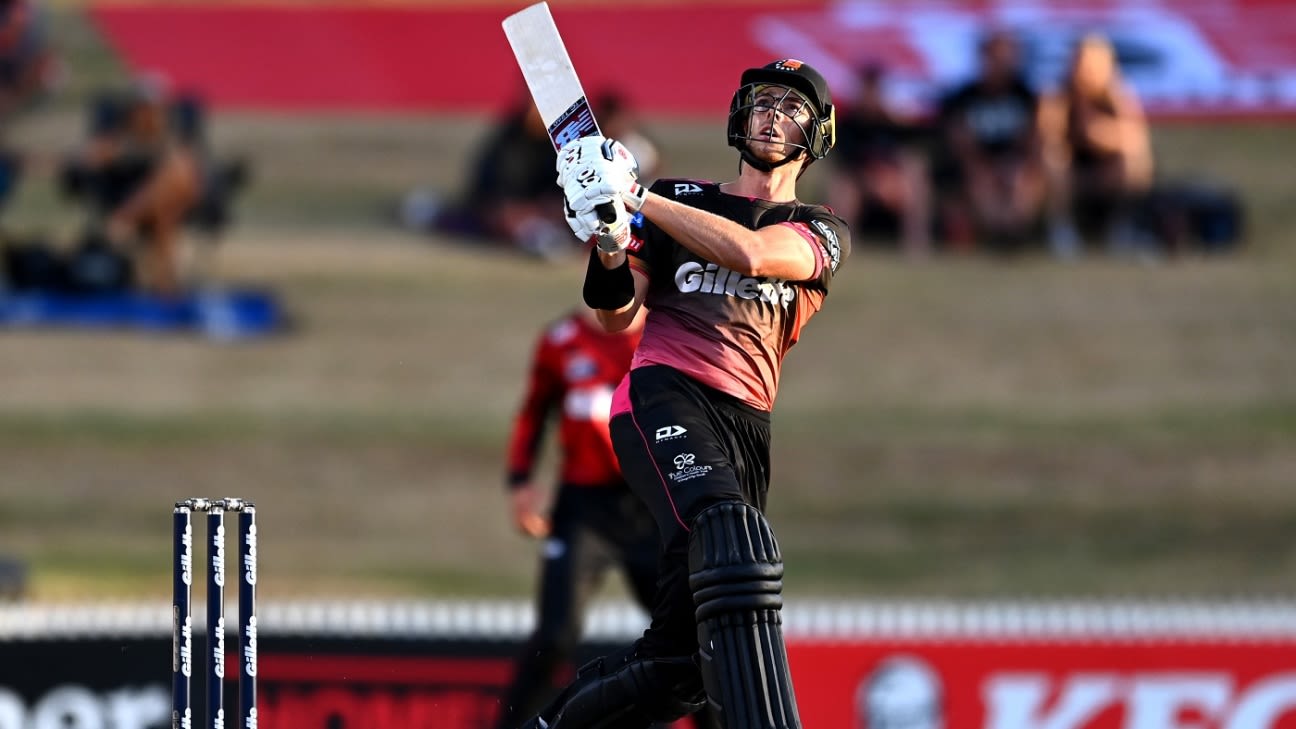 Northern Districts 217 for 5 (Santner 92*, Clarke 71, Shipley 2-30) beat Canterbury 161 (Henry 44, Southee 3-39, Sodhi 3-48, Walker 2-25) by 56 runs
Blistering knocks from Katene Clarke and Mitchell Santner powered Northern Districts to their highest total of the season, 217, which proved too far beyond Canterbury's reach in the final of the men's Super Smash in Hamilton.
Opening the batting, Clarke almost single-handedly drove Northern Districts' early momentum, rushing to 40 off 15 balls to lift them to a powerplay score of 57 for 2. That became 77 for 3 when Colin de Grandhomme fell off the last ball of the eighth over.
Santner entered the scene at this point, and the fourth-wicket pair proceeded to add 50 in just 26 balls before Clarke departed in the 14th over for 71 off 34. He had hit eight fours and four sixes.
Santner continued to pummel the Canterbury bowling, as Northern Districts pillaged 90 runs from their last seven overs. The allrounder eventually finished unbeaten on 92 off 40 balls, having hit four fours and nine sixes.
Fast bowler Henry Shipley provided Canterbury their only bright spark with the ball, picking up 2 for 30 to finish the tournament as its top wicket-taker with 18 at an average of 14.11 and an economy rate of 7.25.
Canterbury's chase never really got to grips with the required rate, as Tim Southee, Ish Sodhi and Joe Walker made regular incisions. Their top scorer was their No. 9 Matt Henry, who hit 44 off 22 balls, but by the time he got going the result was a foregone conclusion. Northern Districts eventually triumphed by 56 runs, bowling out their opponents with seven balls remaining.
Katene Clarke
Mitchell Santner
Henry Shipley
Tim Southee
Ish Sodhi
Northern Districts
Canterbury
New Zealand
Northern Dis vs Canterbury
Super Smash
Read 48 times