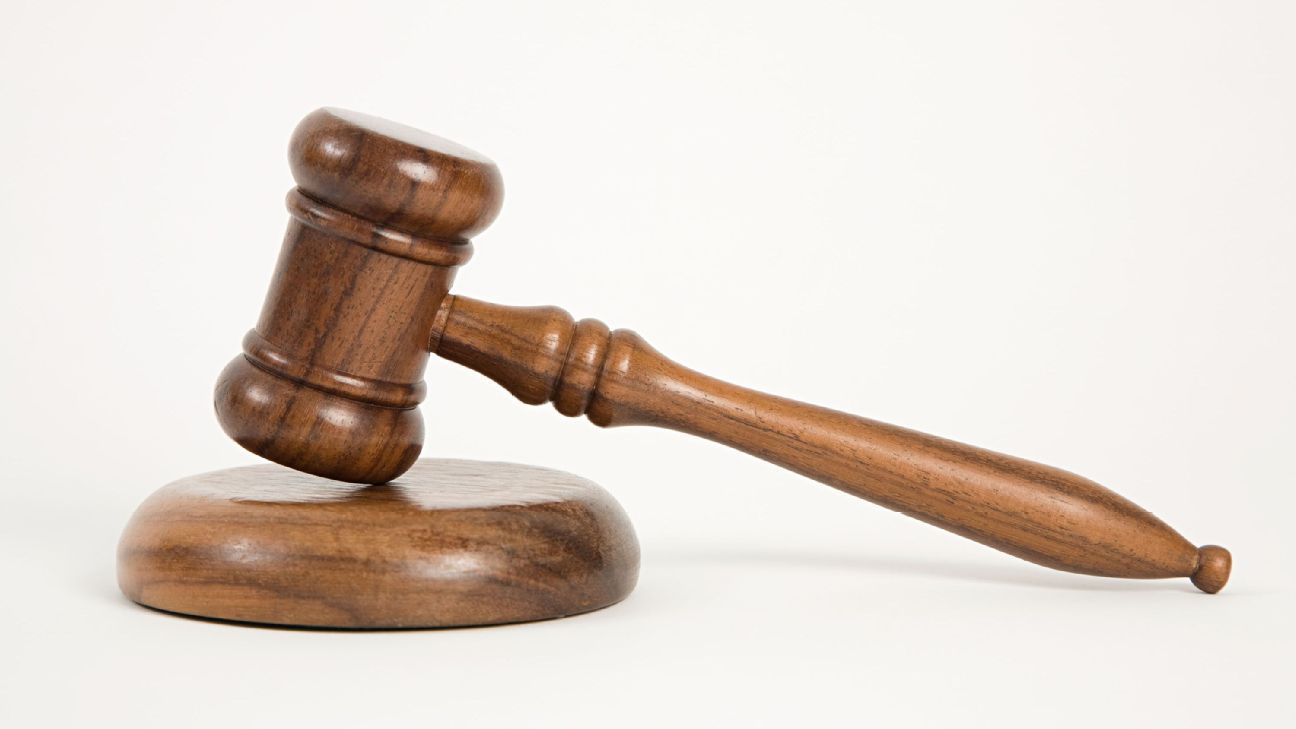 CHRISTIANSBURG, Va. -- Former Virginia Tech football player Isimemen Etute was found not guilty of all charges Friday in the beating death of a Blacksburg resident following an online catfishing scheme.

Etute, a Virginia Tech freshman linebacker at the time of the incident in May 2021, had been charged with second-degree murder, which carries a sentence of five to 40 years, and the jury could have convicted him on the lesser charge of voluntary manslaughter. Instead, the jury believed a self-defense argument that Etute feared for his life after seeing the victim "make a reach" toward his bed where a knife was later found.

Etute collapsed in tears as the verdict was read, with cheers erupting from a contingent of about 30 family members, supporters and former teammates.

After the verdict, Etute's lawyer, James Turk, said his client deserved a second chance at a football career following the jury's decision.

"I think he's earned the right to go back to school and further his academic and sports career," Turk said. "I think the school that ends up taking him is going to get probably a lot wiser and a much smarter and an exceptional athlete."

Etute was arrested June 2, 2021, and charged with the May 31 murder of Jerry Smith, a local Blacksburg man who had posed as a woman online to meet straight, college-aged men.

According to testimony, Etute first connected with Smith in April 2021 on the dating app Tinder, with Smith posing as a woman going by the name "Angie Renee." Along with teammate Da'Shawn Elder, Etute went to Smith's Blacksburg apartment on April 10 under the assumption that he was meeting a woman. Elder testified that he was disturbed by the circumstances of the meeting, in which Smith hid his face and kept his apartment nearly pitch dark. Both players initially left, but Etute returned to the apartment, and testified that he received oral sex and a $50 gift from Smith.

Etute testified that he left the April 10 encounter still believing Smith was a woman, but teammates later began teasing him that his sexual partner could have been a man.

On May 31, another Virginia Tech player, Jalen Hampton, also connected with "Angie Renee" on Tinder. He, too, went to the apartment expecting a sexual encounter with a woman, but decided to leave after feeling uncomfortable. Hampton and Smith then both made contact with Etute, with Smith encouraging Etute to "put in a good word" with his teammate.

During testimony Thursday, Etute said he entered Smith's apartment alone -- both teammates waited outside and were not charged with a crime -- and engaged with Smith on a bed. Etute said he "felt around" and used his cell phone's flashlight to determine Smith was not a woman. Upon confronting Smith, Etute testified that Smith grabbed at Etute's genitals, causing Etute to strike Smith in the face with the back of his hand. Etute testified that he then believed Smith reached for a weapon under his bed, causing Etute to strike Smith with a fist several more times.

During a police search of the apartment, a knife was found between Smith's mattress and box spring, but Etute testified he never saw the knife, and he did not mention any concerns for his own safety during his initial police interview on June 2, 2021.

On July 1, 2021 -- just more than a month after Smith's death -- Virginia passed a bill restricting the use of the so-called gay panic defense, in which a defendant accused of homicide could receive a lesser sentence by saying they panicked after finding out the victim's sexual orientation or gender identity. The judge in Etute's case ruled that the new legislation did not apply to this case, as it was enacted after the incident took place, though Turk argued it likely would not have altered the outcome of the trial.

An autopsy report by the medical examiner showed nearly all the bones in Smith's face were broken, he suffered bleeding of the brain, and had teeth fragments missing.

In closing arguments Friday, the prosecution said Etute's recollection of events did not include a reach toward the area where the knife was hidden until after he'd been charged with murder.

Turk, Etute's lawyer, made arguments that Etute could not be convicted of second-degree murder because there was no malice in his actions and that he should be found not guilty by reason of self-defense, based on his fear that Smith had hidden a weapon.

Turk ended his arguments in tears, calling Etute "one of the finest young men I've ever had the experience of meeting" and noting that the entire situation came about only because of Smith's "deliberate, wicked sexual ruse."

Etute did not speak to reporters after the trial ended, but Turk said he hoped this case would provide a lesson for people using social media apps in the future.

More in this category: « Browns, Njoku agree to 4-year, $56.75M deal Mickelson added to field for LIV Golf's first event »
back to top