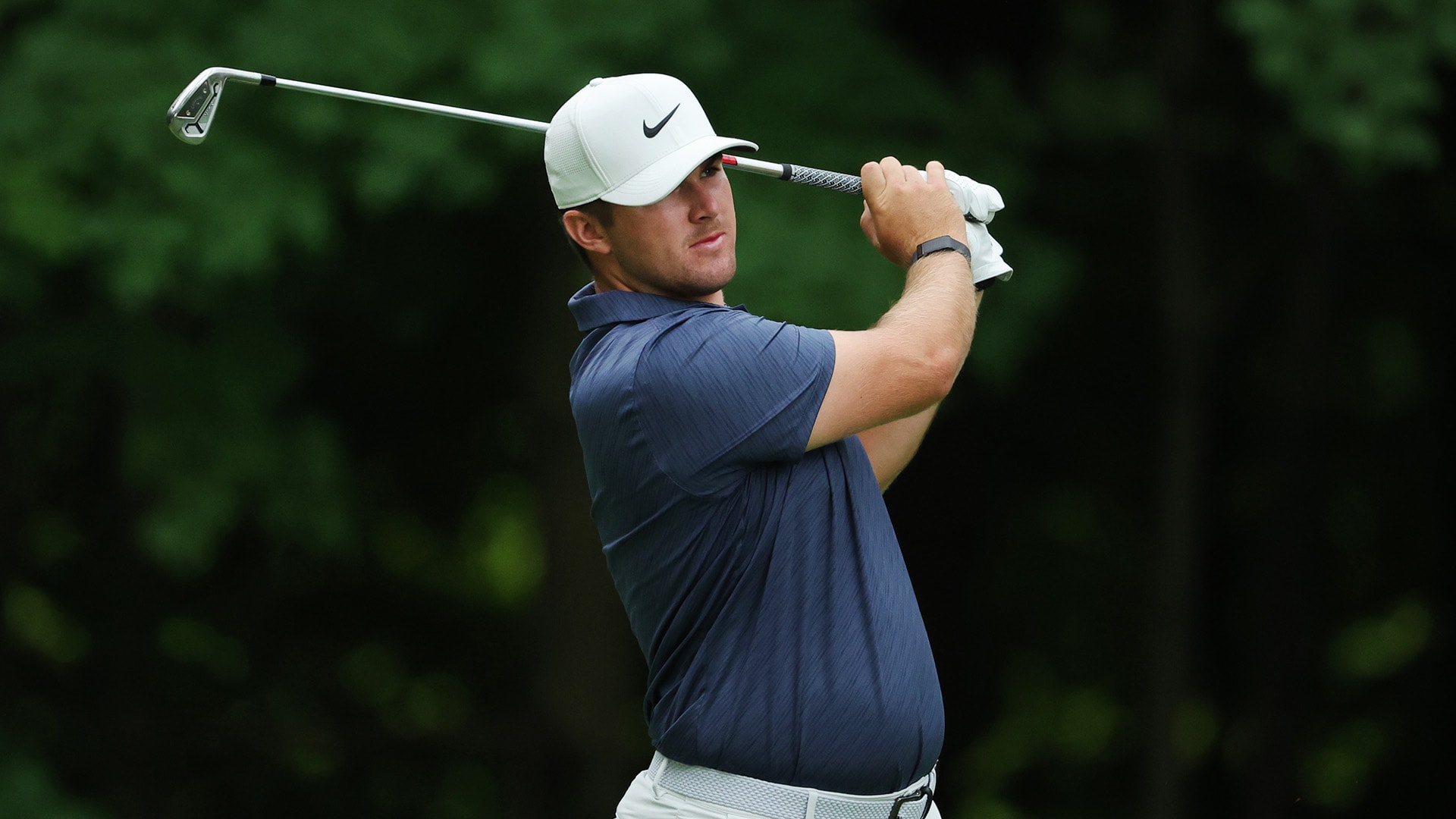 It started with the end of his college career. For Oklahoma, Gotterup, who won the 2022 Haskins and Nicklaus awards as the country's top college player, played in the Big 12 championship and then the NCAA national championship.

After that, he turned pro and has taken advantage of a few sponsor exemptions. It started with a missed cut at the RBC Canadian Open, then a T-43 at the U.S. Open and a T-35 last week at the Travelers Championship. Now, taking "juice" from Connecticut, the 22-year-old is T-2 at 10 under, five shots off J.T. Poston's lead halfway through the John Deere Classic.

"Obviously we still got a long ways to go here," Gotterup said after his round, "but I do think that like coming out of college I did think my game would translate really well to pro golf."

After an opening 65 — his lowest professional round — the New Jersey native on Friday continued to show off that smooth transition. En route to a 67, Gotterup had several highlights. On the par-4 14th, he canned a 41-foot putt for his first Tour eagle. Then to cap off the day, on the par-4 18th, he stuck his approach from 124 yards out within four feet, but missed his putt.

Gotterup's putter has burned him before, most recently during the NCAA men's individual championship. But he's honed in on that part of his game the past several weeks and is encouraged with his progress.

"You're going to make some (putts), going to miss some," he said, "and I'm happy that they're starting online and trying to do what I'm trying to do."

Now what Gotterup plans to do is "keep the foot on the pedal" while eliminating "some of the dumb bogeys I'm making here and there." He will also will "draw off" his experience from March's Puerto Rico Open, where, in his first-ever Tour start, he finished T-7.

Gotterup has been yearning to get back in a position like that.

"I definitely was fighting to make the cut more the last two, three weeks rather than playing to win, which I was not really happy about," he said. "So to be in this spot now is pretty fulfilling. Obviously, there is a lot of golf left."

If Gotterup can at least stay inside the top 10 this weekend, his voyage's next destination will be the Barbasol Championship in Kentucky next week. But first, he's focused on staying fresh and finishing the job at TPC Deere Run.

"I'm not too worried about what is going to happen in the future, to be honest," he said. "I just am worried about getting some rest this afternoon. I don't think too far ahead. I try not to.

"Usually when you think too far ahead bad things happen in the present. I just don't really like worrying about all that stuff. I'm just going to focus on this week, and whatever comes from it, comes from it. Just deal it as it goes."