Another major weekend, another chance for Rory McIlroy to end his major drought 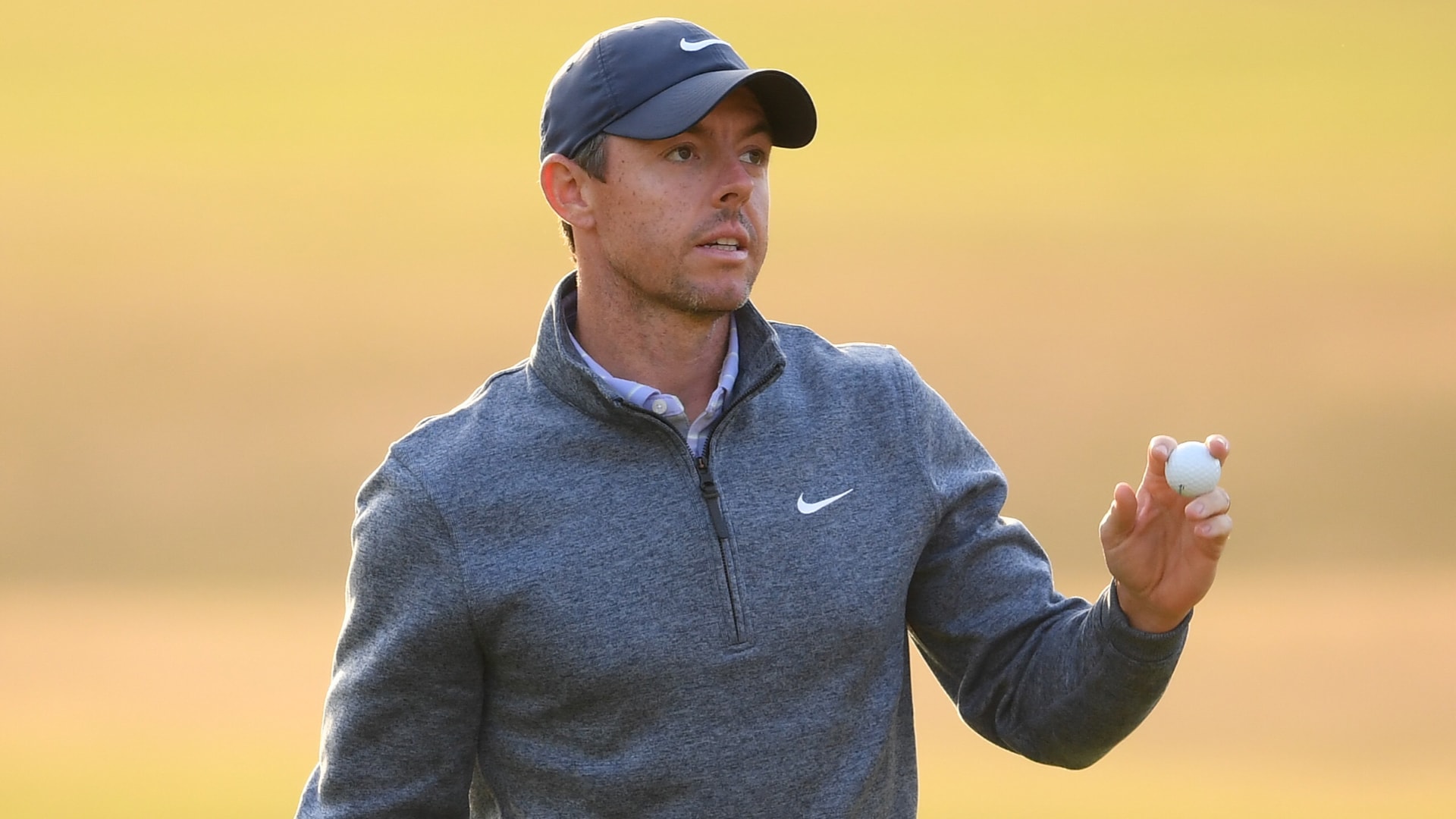 ST. ANDREWS, Scotland – In the 104 major championship rounds since Rory McIlroy last hoisted a Grand Slam keepsake, he’s pretty much touched them all.

He finished runner-up, just two shots behind eventual champion Francesco Molinari, at the 2018 Open Championship and missed the cut at the ’19 edition with rounds of 79-65. The only constant in McIlroy’s major career since his last victory at the ’14 PGA Championship has been his baffling inconsistency.

McIlroy’s major drought now stretches back eight years, not that the enigmatic 33-year-old needs to be reminded. Even on Friday at St. Andrews, a relaxed Rory acknowledged the obvious: winning majors has become an occupational hazard.

“I mean, we play so much golf. I'd have to actually think about what I did at the U.S. Open. I'd have to remind myself I don't even know at this point,” he admitted. “Just play good golf and keep hitting good shots and hit a good shot and hit another good shot after that and just try to hit good golf shots until you run out of holes.”

It's an overly simplistic outlook for the four-time major champion. It has to be. The alternative is a steady reminder that the further he gets from that ’14 victory the harder it gets.

Since he won eight years ago at Valhalla, McIlroy has made a habit out of habitually coming up short. There was a third-round 73 after starting the weekend at last month’s U.S. Open one shot off the lead. He followed an opening 65 at the PGA Championship for the solo lead with rounds of 71-74. At least at the Masters he faded early with opening rounds of 73-73 only to play his way to the ultimate backdoor finish with a closing 64.

And that’s just a snapshot of McIlroy’s major rollercoaster this year.

The 104 major championship rounds since his last victory are littered with uplifting opportunities and crushing defeats, so when he began his week at the 150th Open with a 66, there were equal parts confidence and caution.

Why would this time be any different?

For those looking for a paradigm of hope, there are those top-5 finishes at the year’s first three majors, along with two victories this season on the PGA Tour. There’s also St. Andrews.

The Home of Golf is, after all, the site of his most dramatic Open, when he scorched the Old Course in 2010 with an opening 63 only to end up on the business end of a wild weather draw and a second-round 80.

At least he had the opportunity to endure the peaks and valleys of a major championship in ’10. In 2015, when the championship returned to St. Andrews, he was the consensus favorite before being sidelined by an untimely “kickabout” soccer injury to his left ankle.

Friday’s effort had all the markings of another let down. With many of the afternoon starters taking advantage of a relatively calm day, McIlroy played his first four holes in even par. It wasn’t exactly an unshakable message he was sending.

Then he made his first birdie at the fifth, knocked a sawed-off wedge to 2 feet at the seventh for another and went back-to-back-to-back at Nos. 10, 11 and 12 to move to 10 under, three shots behind Cameron (Smith not Young). The latter was waylaid a shot off the lead.

“I got off to a quiet start, but then I sort of came to life around the middle of the round,” said McIlroy, who finished with a 68 and was tied for third place.

If McIlroy seemed overly confident given his track record the last eight years, he’s come by it honestly. The talent has never been in doubt, just his ability to apply those moves when it matters the most.

He’s always been good enough. Now he has another weekend at a major to prove it.