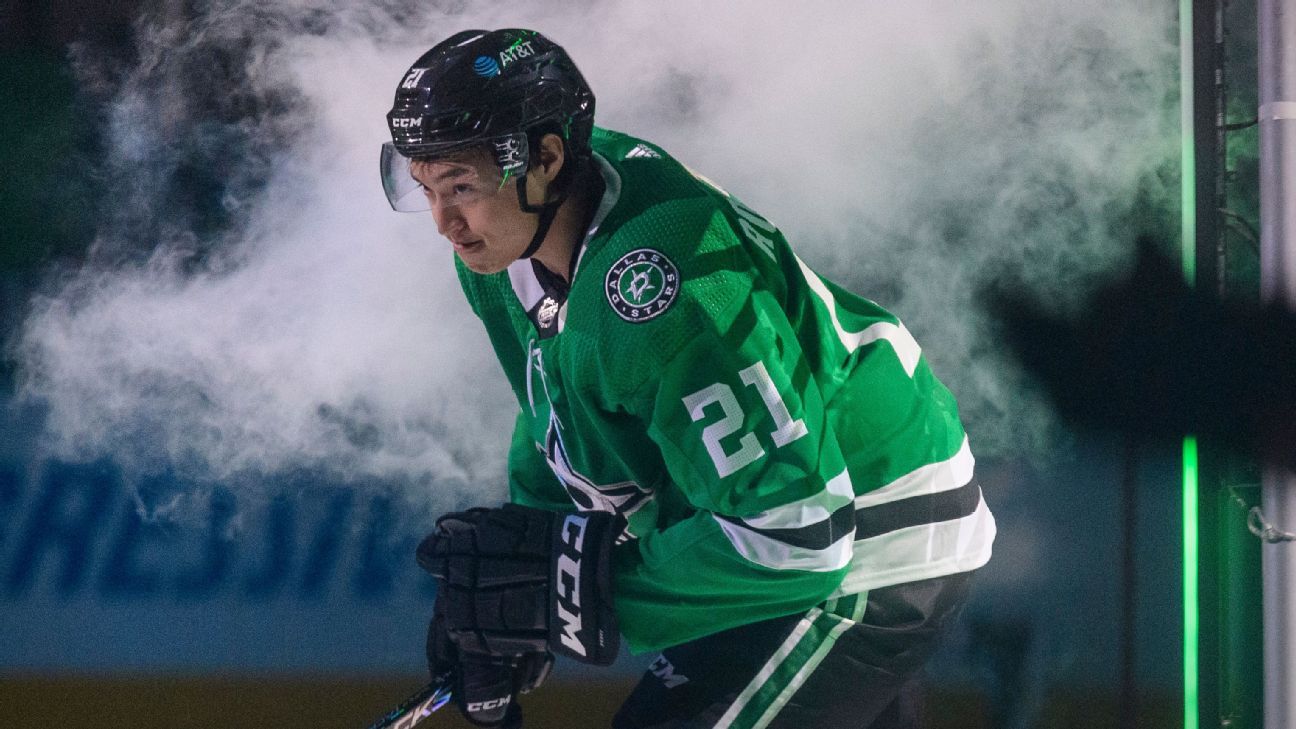 FRISCO, Texas -- Young 40-goal scorer Jason Robertson is expected to miss the start of training camp for the Dallas Stars because the team and the restricted free agent haven't agreed on a new contract.

General manager Jim Nill said Wednesday there has been steady, ongoing negotiations over the last couple of weeks with Robertson and his representatives. Nill wouldn't say what has kept the two sides from reaching a deal, adding there have been "very good discussions."

The Stars, with new coach Pete DeBoer, open camp Thursday in Cedar Park, Texas, at the home of their AHL team. They have three days of work there before returning to North Texas for their exhibition opener at home on Monday night. They open the regular season Oct. 13 at Nashville.

"I think he's disappointed he's not at camp, we are too," Nill said before the team departed for the Austin area. "I think it's very important for a younger player and as you mentioned, the (new) coaching staff. ... We do have some time on our side, but we wish he gets here as soon as he can."

Robertson had a base salary of $750,000 last season, the end of a $2.775 million, three-year contract. He still has five more years before he has the opportunity to become an unrestricted free agent.

The left wing turned 23 soon after the end of last season, when he had 41 goals and 38 assists for 79 points in his 74 games. Robertson joined Hockey Hall of Famer Mike Modano, Jamie Benn and Tyler Seguin as the only 40-goal scorers since the franchise moved to Dallas in 1993.

A second-round draft pick by the Stars in 2017, Robertson has 125 points (58 goals, 67 assists) in his 128 NHL games. He had one goal and three assists in his first postseason action last season, when Dallas lost its first-round playoff series in seven games against Calgary.

DeBoer said he looks forward to coaching Robertson, but that the forward's absence won't change his plans for camp.

"It doesn't impact what I'm doing," DeBoer said. "Listen, I laid awake at night with the excitement of coaching Jason Robertson, 40-plus goals, but he's not here. So, you know, until he gets here, I can't spend any energy on that."

Nill said the Stars are open to a long-term extension or a bridge contract for Robertson, who was part of the team's top line last season with veteran Joe Pavelski and Roope Hintz. They combined for 232 points, the second-most in franchise history for a trio.

"We're open to anything. But other than that ... I'm not going to negotiate through the media," Nill said. "As I said, we've had good conversations. We'll see where it goes."