Hoping for a PGA Tour-LIV truce? 'Off the table,' Jay Monahan says 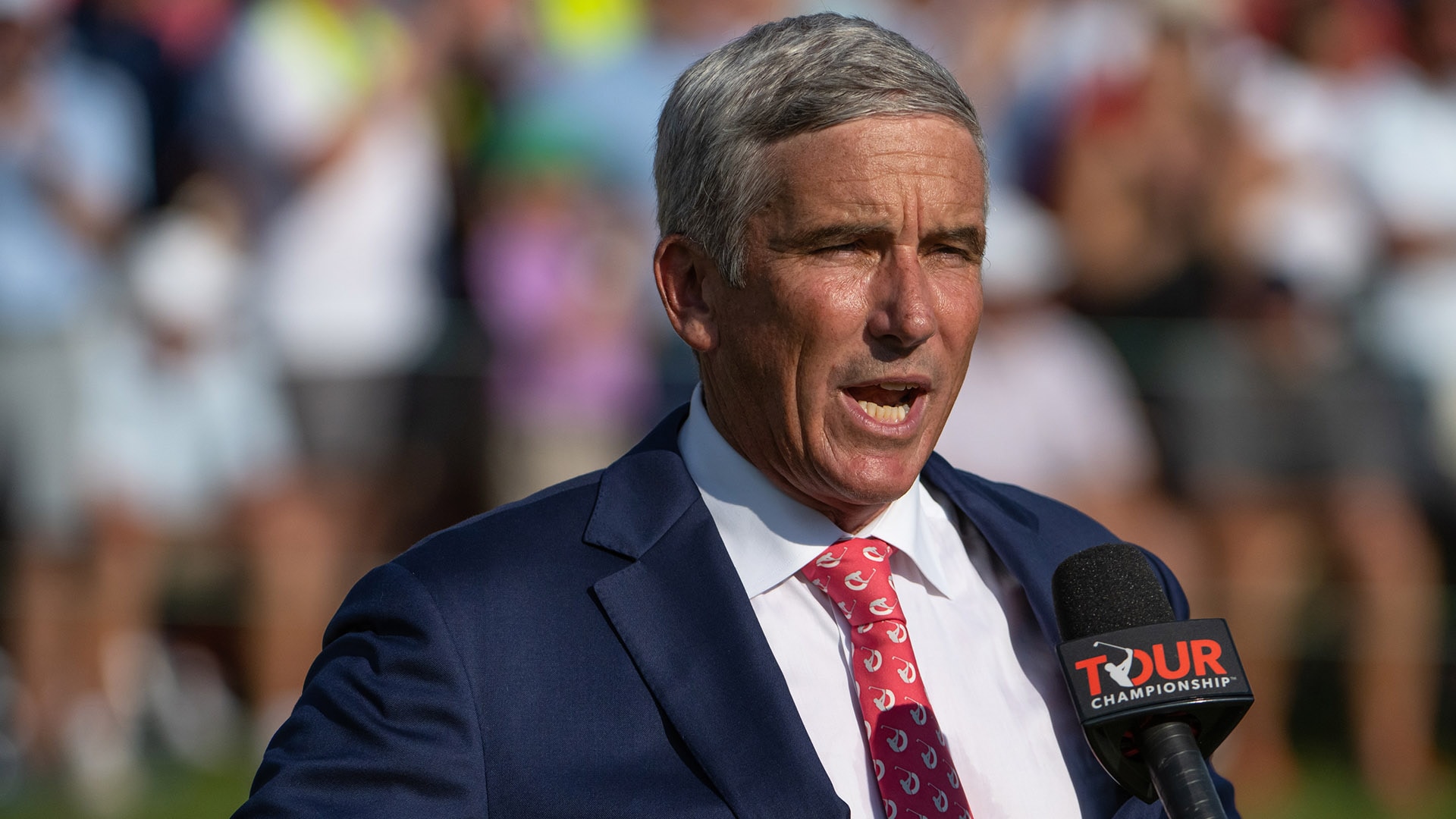 Like every other big event this year, LIV Golf talk has flooded the interview areas. The Presidents Cup has been no different.

But as the Saudi-backed circuit has progressed through its debut season, the questions have evolved as well.

Part of this week’s pre-match discussion between reporters and players: Does LIV Golf deserve world-ranking points? And would you participate in a hypothetical PGA Tour vs. LIV event?

Besides Billy Horschel, the handful of American players who were asked the latter either responded with a firm no or declined to comment at all.

Added Tony Finau on Wednesday: “I've shown where my loyalty is. … Fans may want to see that, but it's not something I'd be a part of just because it's like, to me, there's no point in being involved in that.”

And Kevin Kisner: “No need. They're not recognized as a world golf tour.”

But when the LIV topic came up during Patrick Cantlay’s media availability, Cantlay spoke to the contentiousness between the two sides and how, at least long term, he sees is dissipating.

“I would be surprised if there's not some coming together intervention because I just don't know of any sport, really, that has a legitimate fractured sport,” Cantlay said. “I'm just saying when I look at all other sports, all the best players play together. … We had the, you know, American Football League. That went away. I mean, nobody continued to play on the American Football League. There's been other stuff in baseball. So, I just feel like, at some point, when you start looking back on it, people will be surprised to hear, you know, ‘Oh, man, it was really contentious.’ Because it just, it will feel like a blip on the radar once it's all settled. It's just right now very unknown.”

A few hours later, PGA Tour commissioner Jay Monahan joined Golf Channel’s “Live From” crew on set. Monahan’s tour is currently embroiled in an antitrust lawsuit filed in August by LIV players who had been suspended by the PGA Tour for joining the rival league, so when Monahan was asked if he could see any sort of peace or alliance between the two tours, he quickly dismissed the idea.

“Listen, I think I’ve been pretty clear on this: I don’t see it happening,” Monahan said. “When you look at where we are, and you think about words and actions, we’re currently in a lawsuit, so coming together and having conversations, to me, that card is off the table, and it has been for a long period of time.”

Monahan was then asked what was a bigger obstacle in the Tour working with LIV: golf or geopolitical?

“It’s all about where we are and where we’re going, and again, I couldn’t be more excited about the possibilities there.”

More in this category: « APGA spotlight: Michael Herrera goes from par-28 muni to tour winner How to watch: Live stream schedule for Sanderson Farms, Dunhill Links and Ascendant LPGA »
back to top