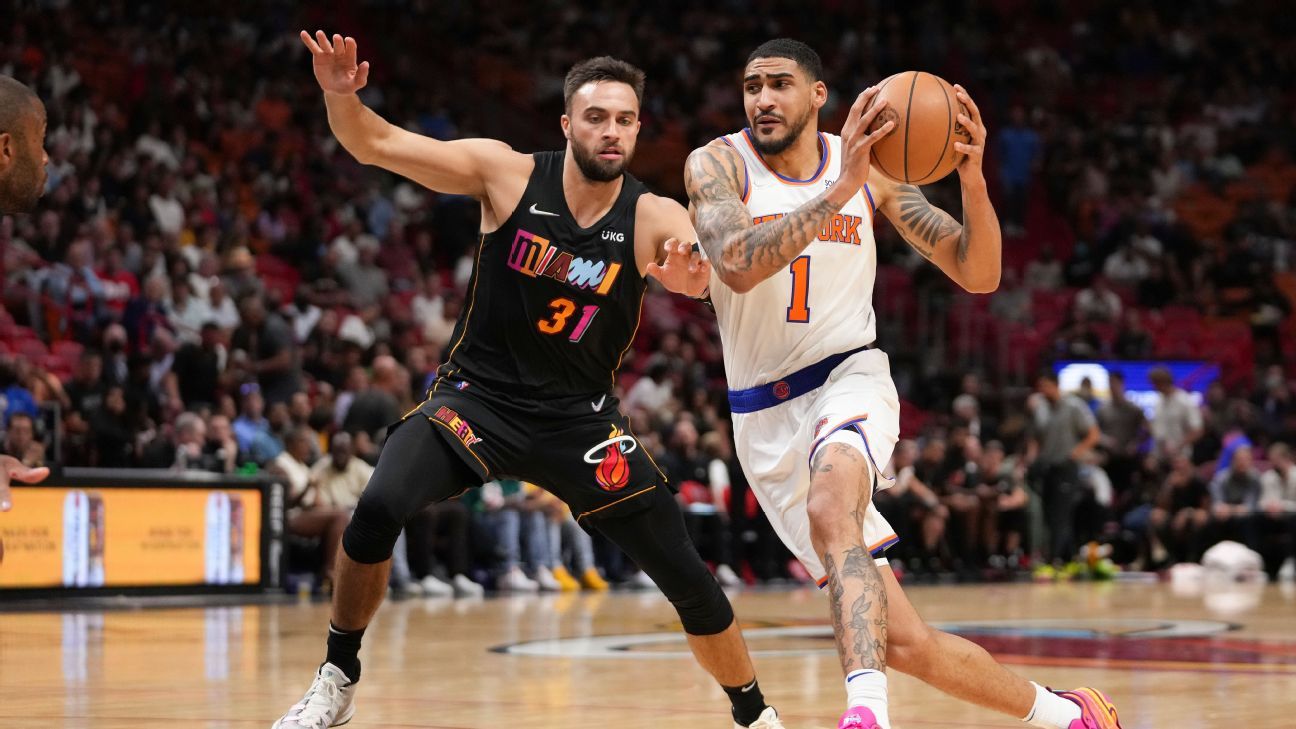 The New York Knicks will be without forward Obi Toppin for the next two to three weeks because of an injury to his right leg, the team said Thursday.

The Knicks said Toppin, who underwent an MRI on Thursday, suffered a non-displaced fracture to his right tibia head.

Toppin appeared to injure his knee in Wednesday's 113-89 victory over the Atlanta Hawks, leaving the game with what the team descried as a "sore knee."

Toppin has averaged 7.7 points in 17 minutes a game this season, and coach Tom Thibodeau suggested that RJ Barrett could take up some of Toppin's minutes at power forward.