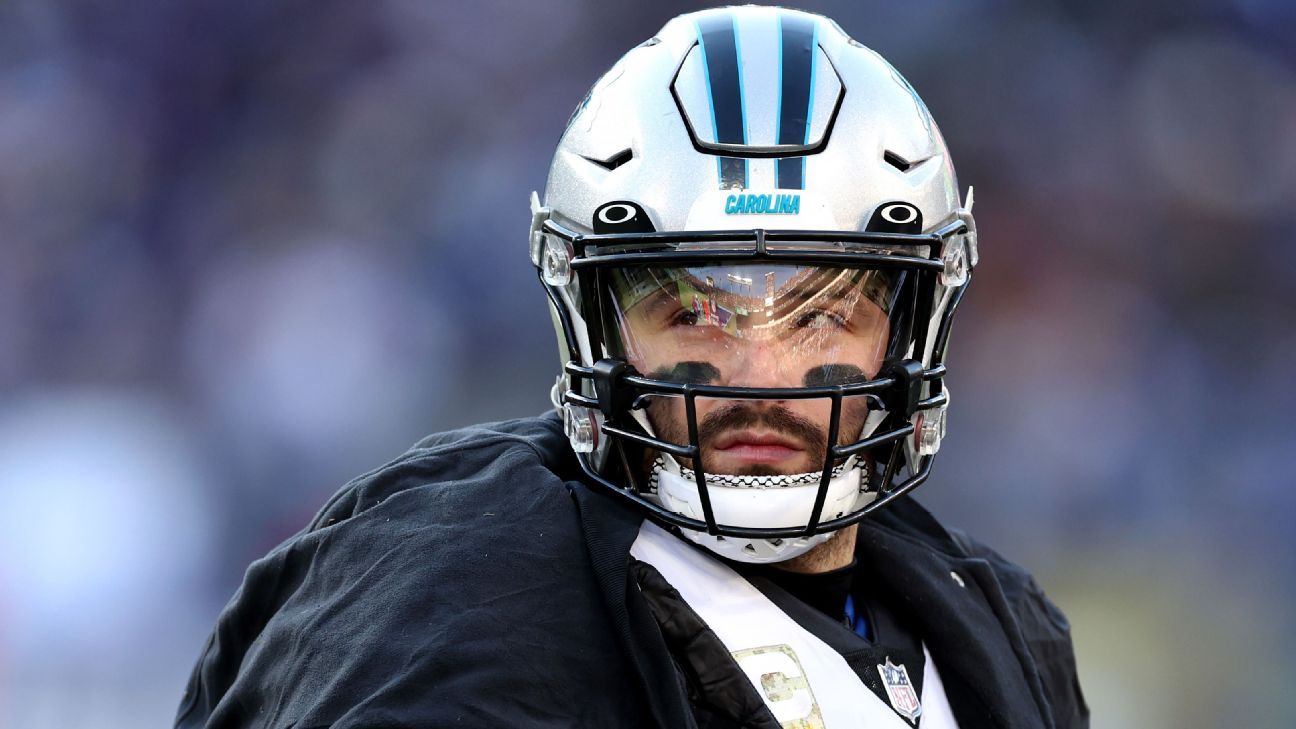 INGLEWOOD, Calif -- Los Angeles Rams quarterback Baker Mayfield will be active Thursday night against the Las Vegas Raiders, less than 48 hours after he landed in Los Angeles after he was claimed off waivers on Tuesday.

Sources told ESPN's Adam Schefter on Thursday that the Rams wanted to see how quarterback John Wolford's neck responded during pregame warmups before making a final decision on a starter, with Mayfield expected to start if Wolford wasn't healthy enough to play.

Quarterback Bryce Perkins is also active for the Rams on Thursday night.

Rams coach Sean McVay said on Wednesday that "it would be unprecedented" for Mayfield to play with such a short turnaround, "but I do think that he'd be capable of it, if we asked."

He would also be the third No. 1 pick to start at quarterback for Sean McVay (Matthew Stafford and Jared Goff). Only two head coaches have had three No. 1 picks from the Common Draft Era (1967) start at QB: Bill Belichick and John Fox.

On Saturday, the Rams put Stafford on injured reserve because of a spinal cord contusion. Stafford has been sidelined since he injured his neck in the Rams' Week 11 loss to the New Orleans Saints, a game he left after being evaluated for a concussion. McVay later said Stafford felt some numbness in his legs after taking a hit in that game.

Although Stafford is eligible to return in Week 17, McVay said "there's a good chance" he will not play again this season.