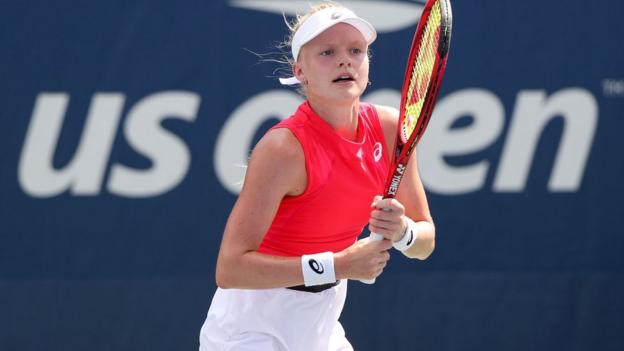 Great Britain's Harriet Dart is through to the main draw of the US Open for the first time following victory over Chinese teenager Wang Xiyu.

The British number three converted two of 11 break points in the first set but Wang broke late for a third time to win the second.

Dart recovered well and won the last four games in the final set.

The world number 140 joins British number one Johanna Konta in the women's main draw but compatriots Heather Watson and Katie Swan lost in the first round of qualifying.

Dart reached the third round at Wimbledon this year and qualified for the Australian Open in January.

The US Open, the final Grand Slam of the year, starts on Monday.

More in this category: « Murrays could meet in third round; Nadal & Federer in same half of draw; Konta faces Bogdan US Open: Defending champion Dominic Thiem will miss US Open and rest of 2021 season »
back to top