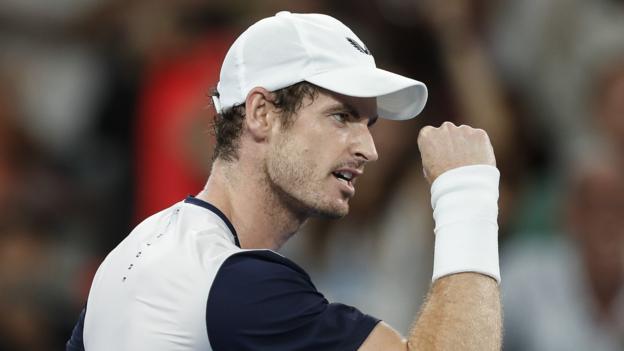 The two-time Wimbledon champion has posted a video on Instagram of him hitting against a wall alongside the caption: "It's a start."

Murray, 31, underwent a hip resurfacing procedure in January, which he said meant it was possible he would not be able to play professionally again.

But it was his only option if he wanted to return to competitive action.

In March, the three-time Grand Slam champion said he is "pain-free" following the surgery, but his chances of playing singles at Wimbledon this year are "less than 50%".

He added he was under "no pressure" to resume a career which has also seen him win two Olympic gold medals among 45 singles titles.

More in this category: « Olympic men's final down to best of three sets Britain's Dart makes US Open main draw for first time »
back to top