Smack and whack, it’s good to be back! 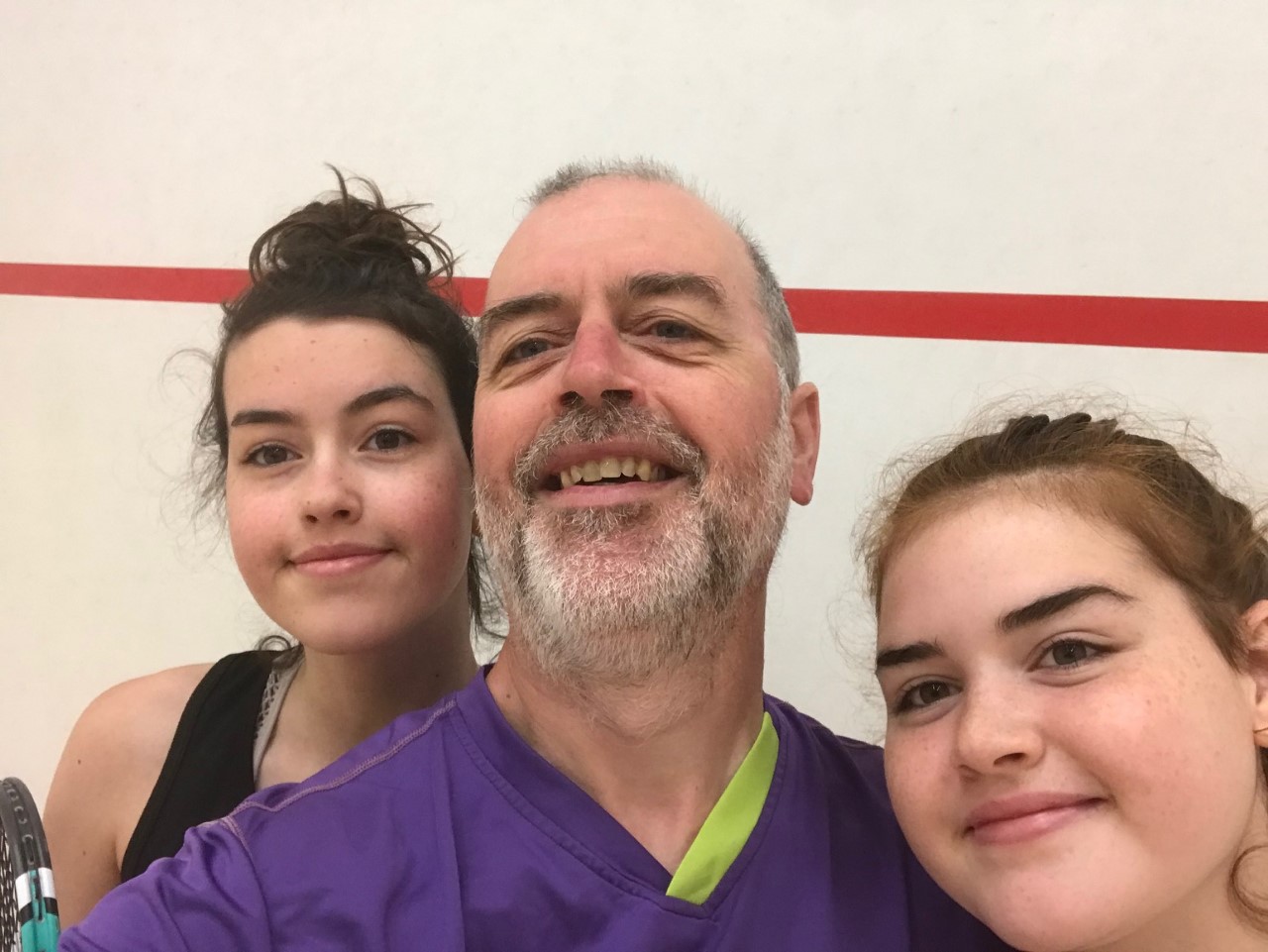 Natalie, Paul and Lily Main get back on court at Berko

Smack and whack, it’s good to be back!
By ALAN THATCHER – Squash Mad Editor

Squash players in the UK returned to the courts at the weekend as the lockdown restrictions were lifted.

After months of home-made courts in the back garden, online fitness routines, trick shots with toilet rolls, and coronavirus fatigue giving way to some of us overdosing on lockdown lager, everyone agreed it was good to be back. Even if you were only allowed to play “sides”.

Clubs had been well drilled in the process of carrying out risk assessments, setting up hygiene protocols, limiting members to conditioned games (unless they were in a family or similar bubble), safe distancing and a ban on visiting the showers or the bar.

However, the overall reaction was simple and unanimous: It’s good to be back.

Paul Main enjoyed putting his new hip to the test at Berkhamsted Squash Club after climbing a mountain in Scotland two days earlier!

He said: “What a contrast in backdrop in 48 hours! On Friday, I was on top of Stob Ghabhar looking across to Ben Nevis, then 48 hours later my girls and I were back on court in Berkhamsted. A joyous experience in both instances.

Natalie, Paul and Lily Main get back on court at Berko

View of Ben Nevis from on top of Stob Ghabhar

“The squash in particular was a relief given that I had a hip op just before lockdown. I am lucky that I can play with my two girls, Natalie and Lily, so full squash was permitted and whilst initially it was all pretty ugly, they got back into the swing of things quite quickly. I, meanwhile, am going to need a few more sessions…..

“In summary, it was great to be back, but let’s not forget those who play in leisure centres, many of whom have yet to reopen their courts.”
Joe Magor, membership secretary at Canterbury Squash Club, was on site throughout the weekend. He said: “All went to plan and everyone followed the rules.
“I was there all of Saturday and Sunday to supervise and issue new door entry cards … 44 members have rejoined so all good so far.”

Coach Lauren Selby, from the Off The Wall Academy, said: “I managed to use a different club to do two lessons but otherwise the Garrison in Colchester is shut and might not be open for a while. At the moment I haven’t really got anywhere to work still which is tough!”

Exeter Golf and Country Club coach Mike Harris wrote: “We started our Back to Squash program from today (Monday) mainly to make sure that we were fully happy with the distancing set up we had in place.“Starting on a weekday had meant that I can be in place as an overseer of the courts for the next five days, which should help ease people into the new system and be on hand for any queries regarding the recommended games and routines.

“We’ve had good support from some members who have also volunteered to marshall the courts on the weekend, allowing us to open up safely for some hours then too.

“So far it’s been all been received positively from those who have come in to play. We have had a mixture of bookings, from 14-year-old county standard boys in doing solo and fitness work, to two Over-70 year old Racketball players trying out the new England Squash recommended games!

“To be honest, looking at the bookings for the rest of the week, it seems that things will pick up quite quickly over the next few days, which is fantastic.

“I’ve already started up coaching again and the clients I have had have all adhered to the relevant guidelines without any issue. It’s a relief to be able to get back to it having not coached since March, although it’s funny seeing how much some of our junior players have grown in the last few months!

“Fingers crossed we can all stay patient and positive, and support the requirements as well as possible. Down the line, we will hopefully be able to open up “Playing Bubbles” and the like for more full court action! With all this going on I was too busy to take any pictures!”

Jago Nardelli was delighted to be back coaching at Radlett Stormont and the David Lloyd Club at Hatfield. He said: “I was lucky enough to coach on Saturday and it felt like being a child again!

“The feel of the racket and sound of the ball made me remember how much I love squash and how important this game is to me and millions around the world.

“I coached for five hours and it’s amazing how fast your fitness goes. I was so tired and my legs were like jelly but it was wonderful being back, like a second coming, and the people I was coaching felt the same.”
GOOD TO BE BACK! We would love to hear about your return to action, so please feel free to post comments below.
Read 62 times