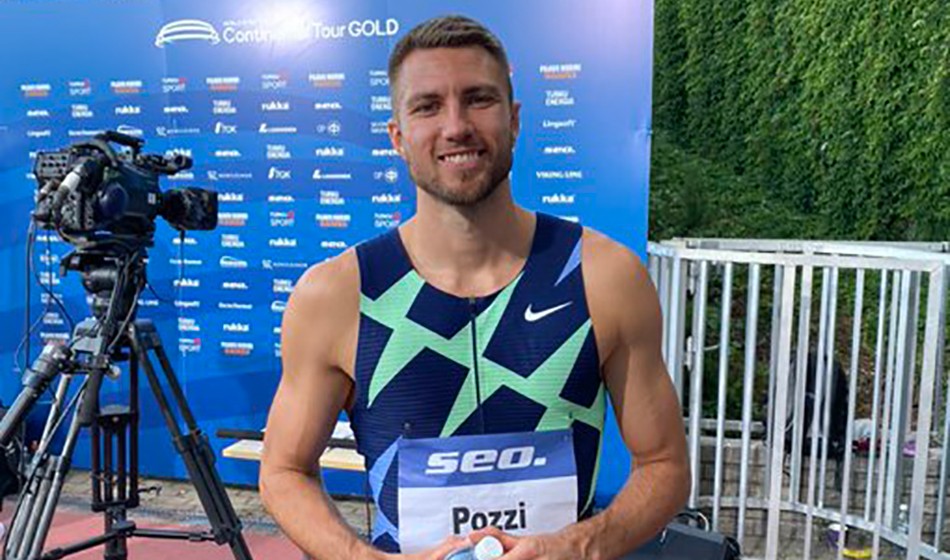 Andrew Pozzi ran another world lead to continue his 110m hurdles win streak, while Johannes Vetter also achieved the best mark in the world so far this year with his longest javelin throw for more than two years at the Paavo Nurmi Games in Turku, Finland, on Tuesday.

Their marks were among the six meeting records set at the first World Athletics Continental Tour Gold event of 2020, with Daniel Stahl, Jazmin Sawyers and Melissa Courtney-Bryant all improving on the previous records as well as Nikoleta Kyriakopoulou and Holly Bradshaw who jointly did so in the pole vault.

After running a world-leading time of 13.30 in Savona and then claiming a 13.36 victory in Triveneto, Britain’s world indoor 60m hurdles champion Pozzi started off by clocking 13.25 (+0.7m/sec) in his heat, before running another world lead of 13.17 (+1.1m/s) in the final for his second quickest ever wind legal time behind his PB of 13.14 and his sixth consecutive race win so far this season.

The women’s 100m hurdles was won by Nadine Visser of Netherlands in a world-leading 12.68 ahead of Italy’s Luminosa Bogliolo with 12.79.

Just one day after his world-leading throw of 71.37m at the Sollentuna Grand Prix on home soil, it looked as though world discus champion Stahl had gone beyond 70 metres again but his 70.20m in the fifth round was belatedly judged to be a foul so his winning discus mark was 69.23m ahead of Andrius Gudžius with 66.39m.

There was a British one-two in the women’s long jump as Sawyers secured victory thanks to a leap of 6.54m (+1.4m/s), just 2cm further than runner-up Abigail Irozuru on her season opener.

Kyriakopoulou of Greece won the pole vault on countback ahead of Britain’s Bradshaw as both athletes cleared 4.63m.

Finland’s Topi Raitanen won the 3000m steeplechase on home soil in 8:22.45 as Britain’s Phil Norman took almost six seconds off his PB with 8:23.60 to finish second. That mark puts Norman 15th on the UK all-time list.

Finland’s Kristiina Mäkelä was triumphant in the triple jump thanks to a 14.12m leap as Britain’s Naomi Ogbeta was fourth with 13.74m.