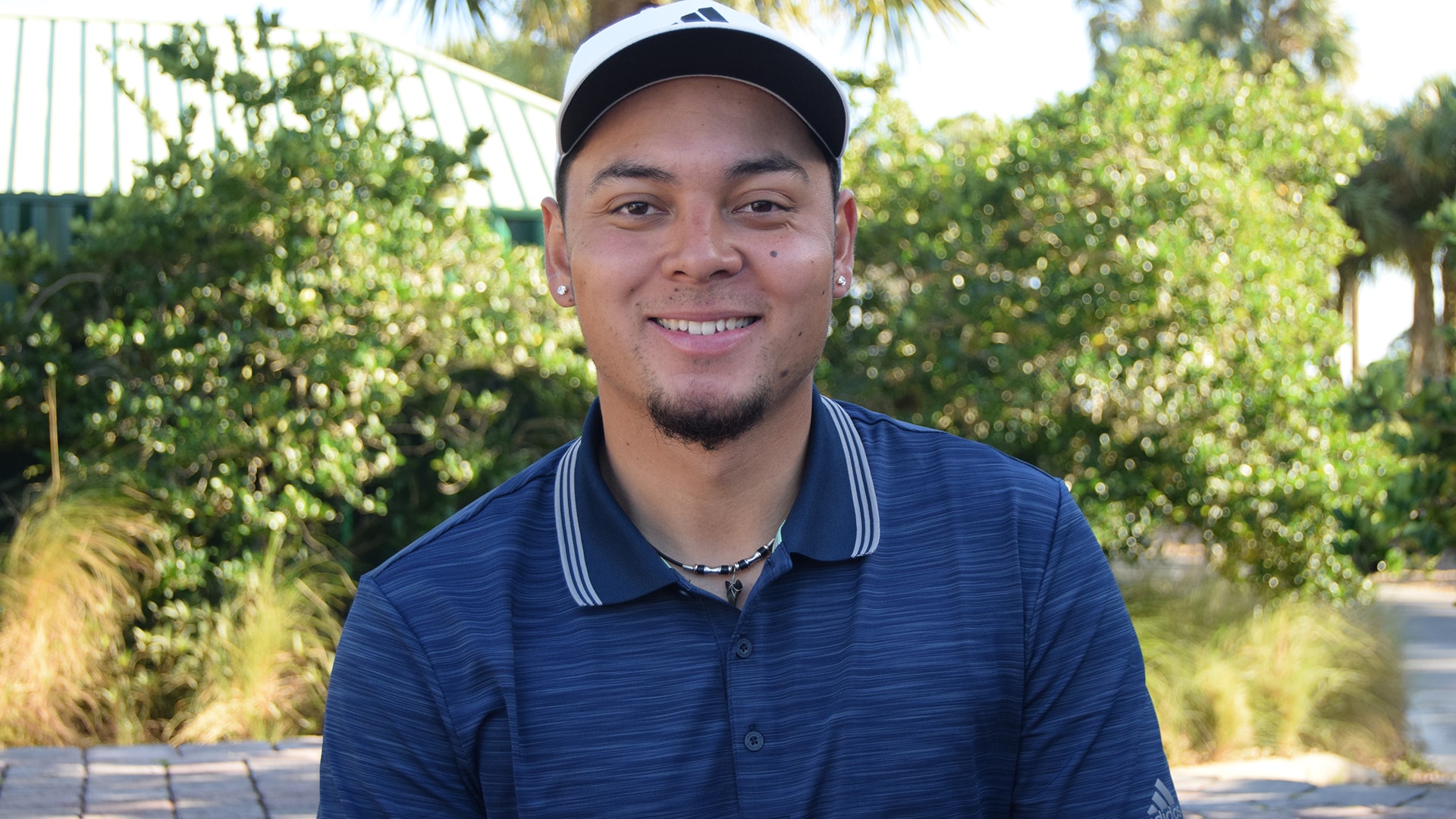 Here is a spotlight on one of the players in the field, Michael Herrera:

Golf can be learned almost anywhere.

For Michael Herrera, his introduction to the game came at Cottonwood Golf center, a nine-hole municipal course in Herrera’s hometown of Moreno Valley, California.

“We’d drive past it when we’d go to the mall, so one day I asked my dad to go play,” Herrera said. “He initially told me golf was for rich people, but after about 100 times of me asking him, he said, ‘OK, let’s go see how much.’”

“We went out that day and fell in love,” said Herrera, who was 10 years old at the time.

Herrera said from that moment on, he played Cottonwood most days after school. It wasn’t much – 1,226 yards, par 28 with eight par-3s and a 260-yard par-4 – but it was enough to develop his game on. Within his first year playing the game, Herrera also was inspired by Tiger Woods’ victory at the U.S. Open at Torrey Pines.

It wasn’t until Herrera got to high school that he realized he had potential to play college golf. A two-sport athlete at Valley View High, Herrera, who also played basketball, earned a spot on the team at Riverside City College, where he spent two seasons before turning pro in August 2019.

When he made the leap to the professional ranks, Herrera had already played multiple APGA Tour events as an amateur. He was twice the low amateur at the tour’s season finale at Chester Washington Golf Course in Los Angeles. However, Herrera played his first year-plus as a pro with a makeshift set of clubs that he fit himself for. Because he had an over-the-top move and was often missing shots right, Herrera put lighter shafts on his clubs to fix the issue.

The APGA, though, has increased its partnerships in recent years, and those growing relationships allowed Herrera to receive instruction from Dana Dahlquist, a top-50 swing coach according to Golf Digest. After Dahlquist fixed Herrera’s move, it became increasingly clear that Herrera needed new clubs.

So, the APGA also hooked Herrera up with TaylorMade. He went down to the Kingdom and was fitted for all new clubs, with heavier shafts and lie angles that were 3 degrees flatter.

A couple of months before the club-fitting, Herrera shot 66 in a pre-qualifier for the Shriners Open before struggling in the Monday qualifier.

“It hit me that these guys were playing a different caliber of golf,” Herrera said. “That motivated me, but it also knocked me down a notch, and I knew I still had a lot of work to do. So, I licked my wounds a little bit and got back to work.”

With his new sticks, Herrera went to Jamaica and finished sixth in the country’s open. He followed by winning the APGA’s year-opening event in Carlsbad, California, his first victory as a pro, and was seventh that same week in another APGA tournament at Torrey Pines.

Despite a T-18 finish last month at PGA Golf Club in Port St. Lucie, Florida, Herrera is ready to bounce back at this week’s APGA event at World Golf Village. The 22-year-old, who works at Sun Lakes Country Club in Banning, California, says he wouldn’t still be chasing his dream of making it to the PGA Tour if it weren’t for the APGA.

“Most of the other mini-tours, especially on the West Coast, are too expensive,” Herrera said. “This tour, on the other hand, is very reasonable and helps fill the schedule out, gets me playing and gets me excited. The guys at the APGA, they want us to be on Tour, so to have a support system like this who want to see us do well and let us play on some tough golf courses to enhance our games, it means the world.”

The remaining APGA schedule includes courses such as TPC Scottsdale and Valhalla. Yes, Herrera has come a long way from Cottonwood Golf Center.

More in this category: « Ridderstrom tries to fight her way out of LPGA priority doldrums Mariah Stackhouse on meeting idol Renee Powell: 'She's one of my biggest inspirations' »
back to top