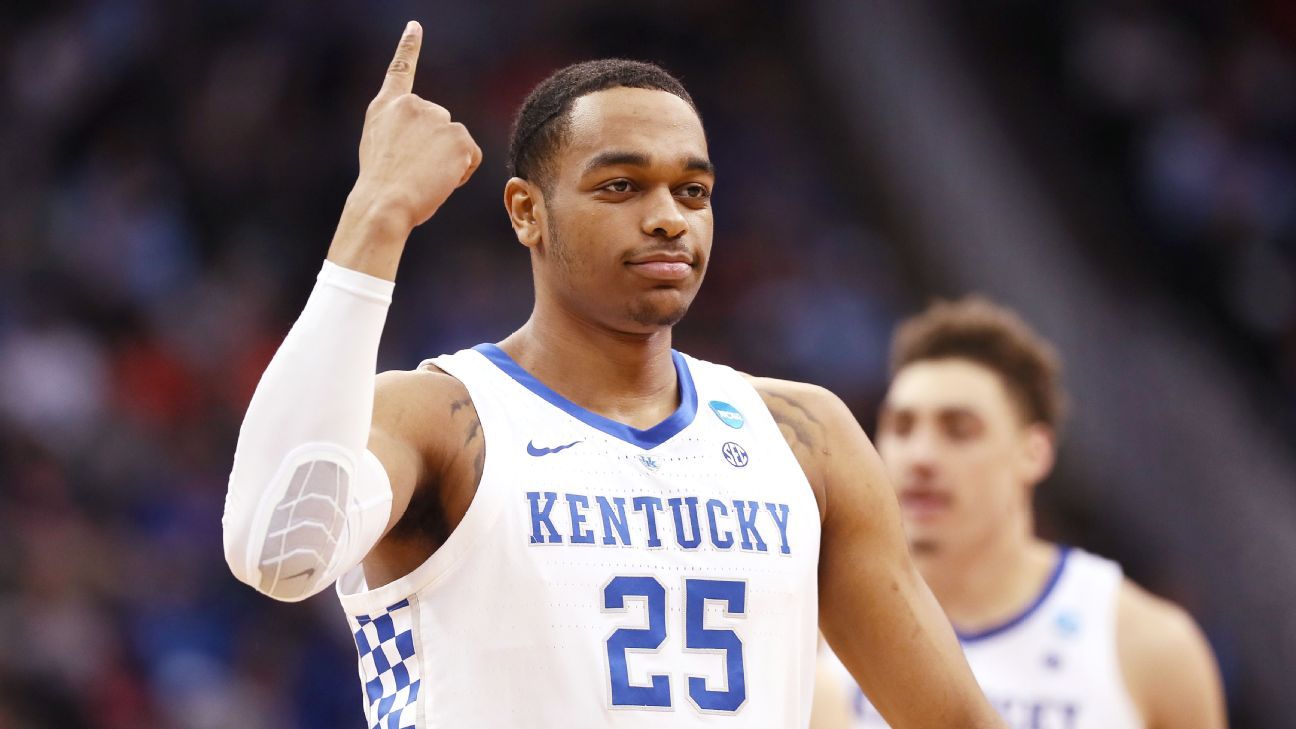 Washington thanked his Kentucky coaches, teammates and fans for "helping a kid from Dallas see his dreams come true."

Go do your thing, PJ.

Washington averaged 15.2 points and 7.5 rebounds for the Wildcats during the regular season. He missed the first two games of the NCAA tournament with a sprained foot, but he returned to score 16 points in a Sweet 16 victory over Houston and had 28 points and 13 rebounds in an overtime loss to Auburn in the Elite 8.

He is ranked 15th overall in the ESPN 100 rankings for the NBA draft, which will be held June 20.

More in this category: « Sources: Stackhouse agrees to coach Vanderbilt Edwards, 19, third youngest with 40-point game »
back to top