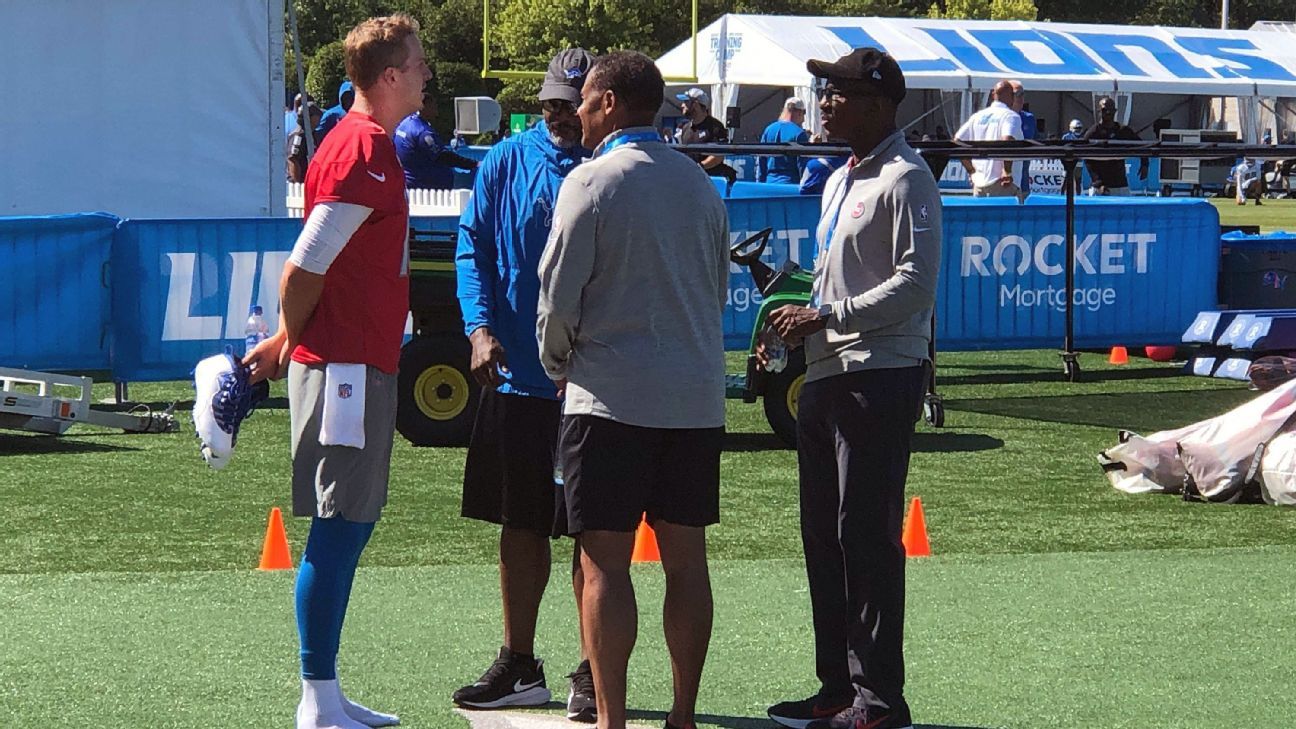 ALLEN PARK, Mich. - A couple of fans were granted an all-access tour of the Detroit Lions practice facility on Monday.

Detroit Pistons head coach Dwane Casey and general manager Troy Weaver were both on site to watch the latest training camp practice for the Detroit Lions.

Weaver and Casey also met with new Lions general manager Brad Holmes. They were on the field for the most of the day's action.

The moment was significant: All three men are African-Americans with lead roles, which is rare, today, in sports particularly in the same city. Detroit has a population that is approximately 79% Black, per the U.S. Census Bureau.

Heading into next season, Casey is one of 13 Black NBA coaches. He says he appreciates the connection he has with Weaver and Holmes.

"Huge. I mean you have some of the same struggles, some of the same mountains to climb to get to where you are and also, too, you understand the bottom line is winning," Casey told ESPN. "So, that's a great thing to have that in the same city, a city like Detroit and it just fits. We know we still have a job to do, but it's great to see Troy and Brad both get the opportunity."

Holmes previously told ESPN that he aims to strengthen the pipeline for future Black GMs.

"Now I'm in this position, in this city, and now I've got to expand it, and make sure I'm fully injected into the Black community here," said Holmes, an alum of HBCU North Carolina A&T.

Both the Pistons and the Lions are in the midst of a rebuild.

The leaders in charge of both organizations are trying to turn things around over the next few years.

"It's one of those thing where we're in the same trenches, we're part of the Detroit fabric," Casey said. "We both are growing with the City of Detroit so it's just fitting that we have this camaraderie and this togetherness with Troy and Brad."

Casey is also next-door neighbors with first-year Lions head coach Dan Campbell and said Monday was the first time they had a formal introduction.

"It's so many similarities with our two organizations," Casey said. "We're on the same trajectory as far as our growth so for me, it's great, plus I love professional football as well.

"Brad and Troy have had the same philosophy as bringing in character first," he added. "A lot of GMs in basketball and football, will bring in talent and say, 'OK, Coach, you deal with the character' but no, Troy and Brad have brought in fighters, scrappers, and guys who are gonna compete at a high level each night and that's what you're gonna have when you're a growing team."