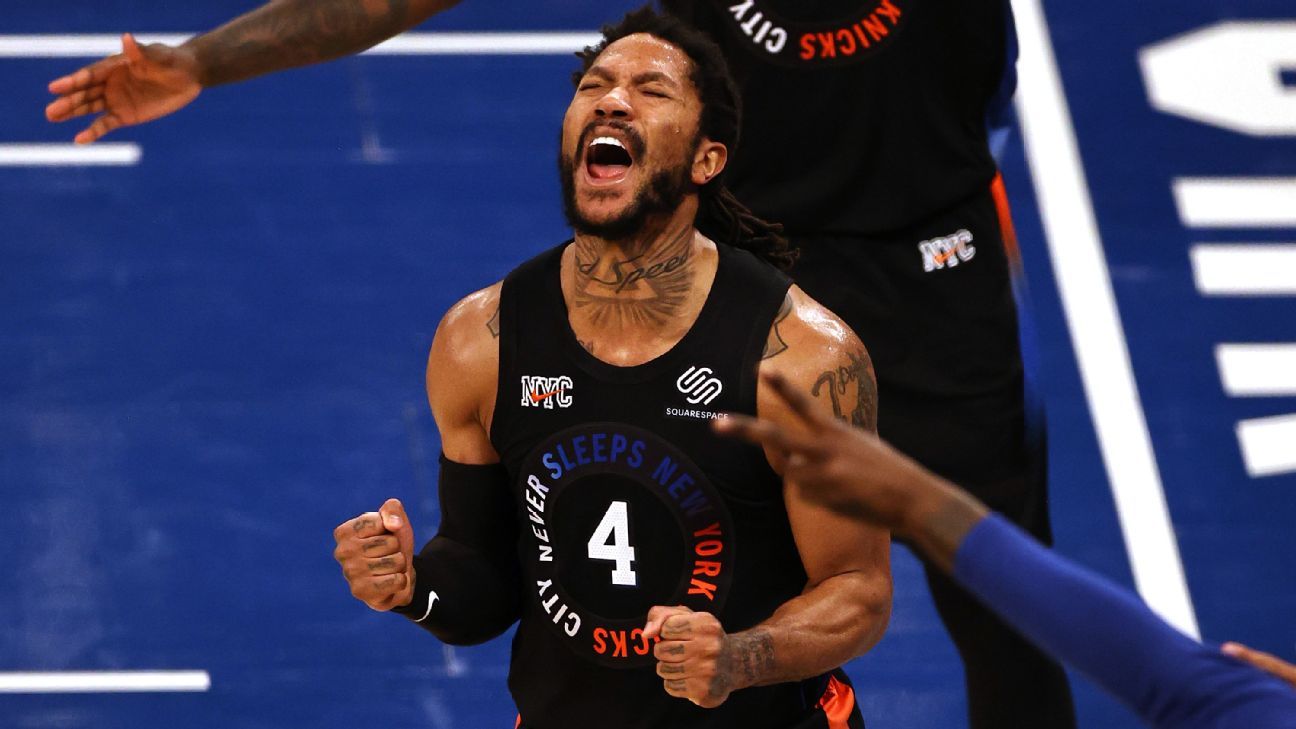 In a busy start to the NBA free-agency period, the New York Knicks agreed on a three-year, $43 million deal Monday to bring back former MVP Derrick Rose, sources told ESPN's Adrian Wojnarowski, and have an agreement in place with guard Evan Fournier, formerly of the Boston Celtics, his agent confirmed to Wojnarowski.

Fournier's deal is for four years and can be worth up to $78 million, a source told Wojnarowski. The deal includes a team option on the fourth year, according to a source.

The addition of Fournier gives New York -- which shot just 30 percent from 3-point range in its first-round playoff series loss to the Atlanta Hawks -- a needed offensive boost on the perimeter alongside RJ Barrett and Julius Randle, winner of last season's Most Improved Player Award.

The 28-year-old Fournier, who is currently playing with France in the Tokyo Olympics, averaged 17.1 points per game last season and shot a career-high 41.3 percent from 3-point range in 42 games between the Orlando Magic and Celtics.

Rose, Burks and Noel, meanwhile, were all part of the surprising Knicks resurgence last season under first-year coach Tom Thibodeau, who was awarded Coach of the Year honors as New York made the playoffs for the first time in seven seasons.

The Knicks will be hoping the addition of Fournier helps change their fortunes in the postseason, after losing to the Hawks in five games to open the 2020-21 Eastern Conference playoffs.

After spending six-and-a-half years with the Magic, the Celtics acquired Fournier at the March trade deadline for a pair of second-round picks and guard Jeff Teague, taking Fournier into the massive trade exception created by Gordon Hayward going to the Charlotte Hornets in a sign-and-trade last offseason.

But after playing just 16 games with the Celtics -- including missing a stretch of games due to COVID-19 and dealing with some debilitating after-effects of the virus -- Fournier is now off to the Knicks after agreeing to a contract Boston didn't want to match, as it would've taken the Celtics into the luxury tax.

The Celtics telegraphed their intentions on this front Friday, when they used the remaining space in that Hayward trade exception to take on the final year of Josh Richardson's contract, giving them a guard to slot into new coach Ime Udoka's rotation.

The Knicks acquired Rose in a midseason trade with the Detroit Pistons, reuniting him with Thibodeau, his coach during his MVP season with the Chicago Bulls in 2010-11, and again with the Minnesota Timberwolves. It proved a great fit, as Rose averaged 14.9 points and 4.2 assists while shooting 48.9 percent from the field in 35 games with New York.

It's a similar story for Noel, who played in 64 games in 2020-21, starting in 41 of them, and averaged a career-high 2.2 blocks to go along with 5.1 points and 6.4 rebounds a game. Noel, 27, formed an effective partnership with fellow young center Mitchell Robinson when the two of them were healthy, and filled in nicely as the primary option when Robinson was hurt.

Noel, who enters his eighth NBA season, previously spent parts of three seasons with the Philadelphia 76ers, who drafted him sixth overall in 2013, parts of two seasons with the Dallas Mavericks, and then two more with the Oklahoma City Thunder before signing with the Knicks last offseason.