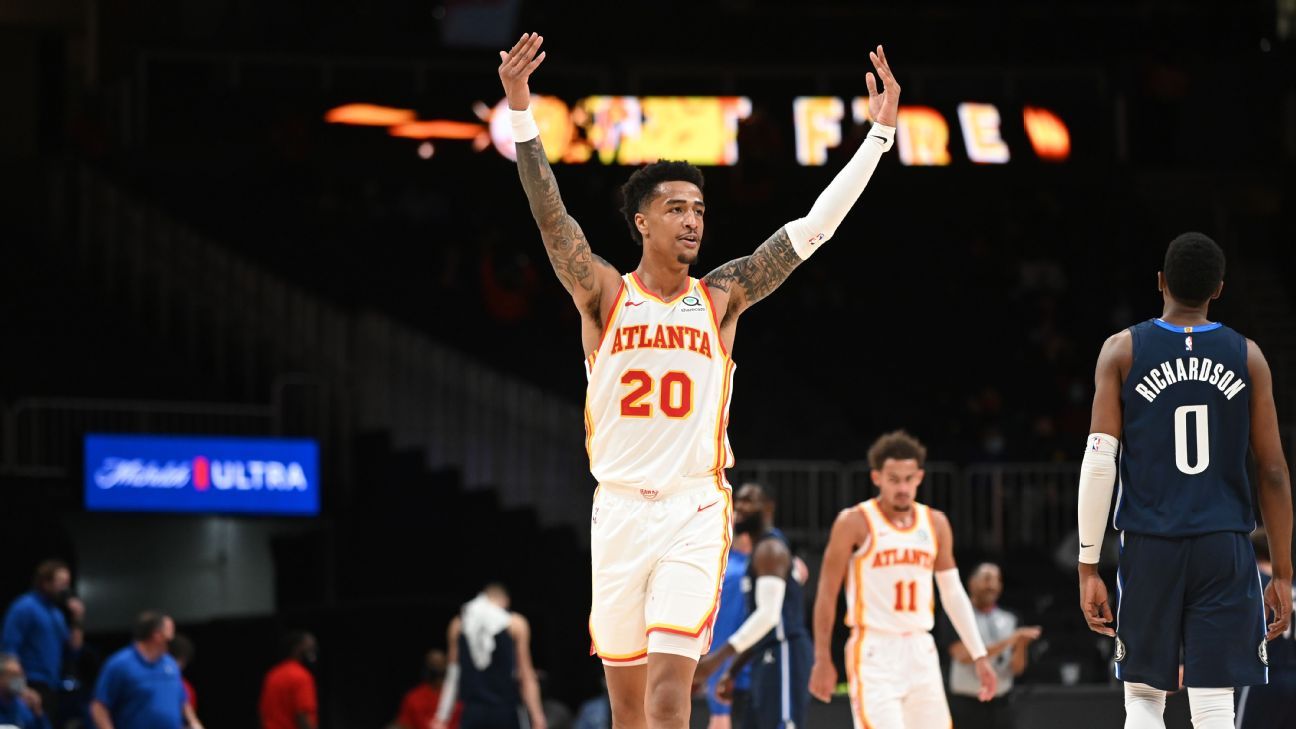 The deal includes a player option in the fifth year, according to Wojnarowski.

It is the latest lucrative deal this season for the Hawks, who also have agreed to a five-year, $207 million extension with star guard Trae Young.

Collins, 23, was an integral in Atlanta's push to the Eastern Conference finals last season as he shifted his style of play to fit what the Hawks needed.

In the 2019-20 season, Collins averaged 21.6 points and 10.1 rebounds per game. Last season, those numbers dipped to 17.6 and 7.4, but Atlanta had more team success with Collins playing next to center Clint Capela -- both lob threats for Young.

Collins provided a 3-point threat as well, hitting his 3-pointers at 39.9 percent.

During the playoffs, Collins' scoring went to just 13.9 points per game as he was asked to handle more defensive responsibilities.

Collins was drafted by the Hawks with the 19th pick in the 2017 NBA draft after he played two seasons at Wake Forest.