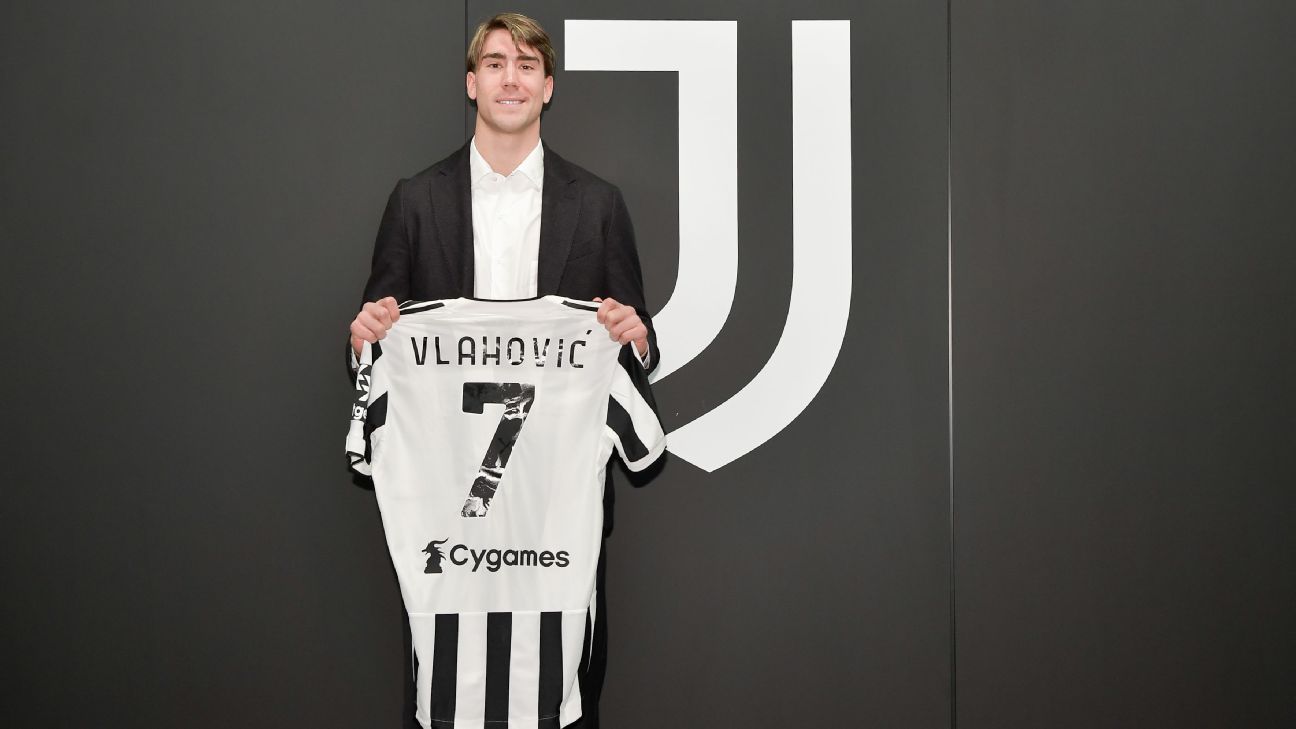 Juventus have signed Dusan Vlahovic from fellow Serie A side Fiorentina, it was announced on Friday.

Vlahovic, 21, was one of the most in-demand players in world football following a stellar 2021 in which he scored 33 goals and is Serie A's joint leading scorer with 17 this campaign.

- Grades: Juve get A+ for Vlahovic deal
- Don't have ESPN? Get instant access

Fiorentina have signed Brazilian striker Arthur Cabral from Swiss side FC Basel as a replacement.

He has been linked with a move to Arsenal and Tottenham Hotspur but once reports emerged that he was close to joining Juventus, it led to an angry response from Fiorentina with racist and threatening banners erected outside the Artemio Franchi Stadium.

In October, Fiorentina released a statement which said Vlahovic would not be renewing his contract, which led to tension between the 21-year-old and the club's hardcore support.

Less than three weeks after the release of the statement, Vlahovic refused to take a penalty against Cagliari which had been awarded in front of the ultras section of the crowd. He could be seen mouthing: "I'm not feeling it" to a teammate.

Fiorentina have a long-standing rivalry which Juventus and history of letting their best players go the Bianconeri, which has often left to angry reactions.

In 1990, Roberto Baggio was transferred to Juve for $10.8 million which led to angry demonstrations in the street while more recently, in 2020, Federico Chiesa moved on loan with the obligation to complete the deal for €40m plus €10m in variables."

More in this category: « Source: U.S., Bayern talent Booth to join Utrecht Liverpool edge to win over wasteful West Ham »
back to top