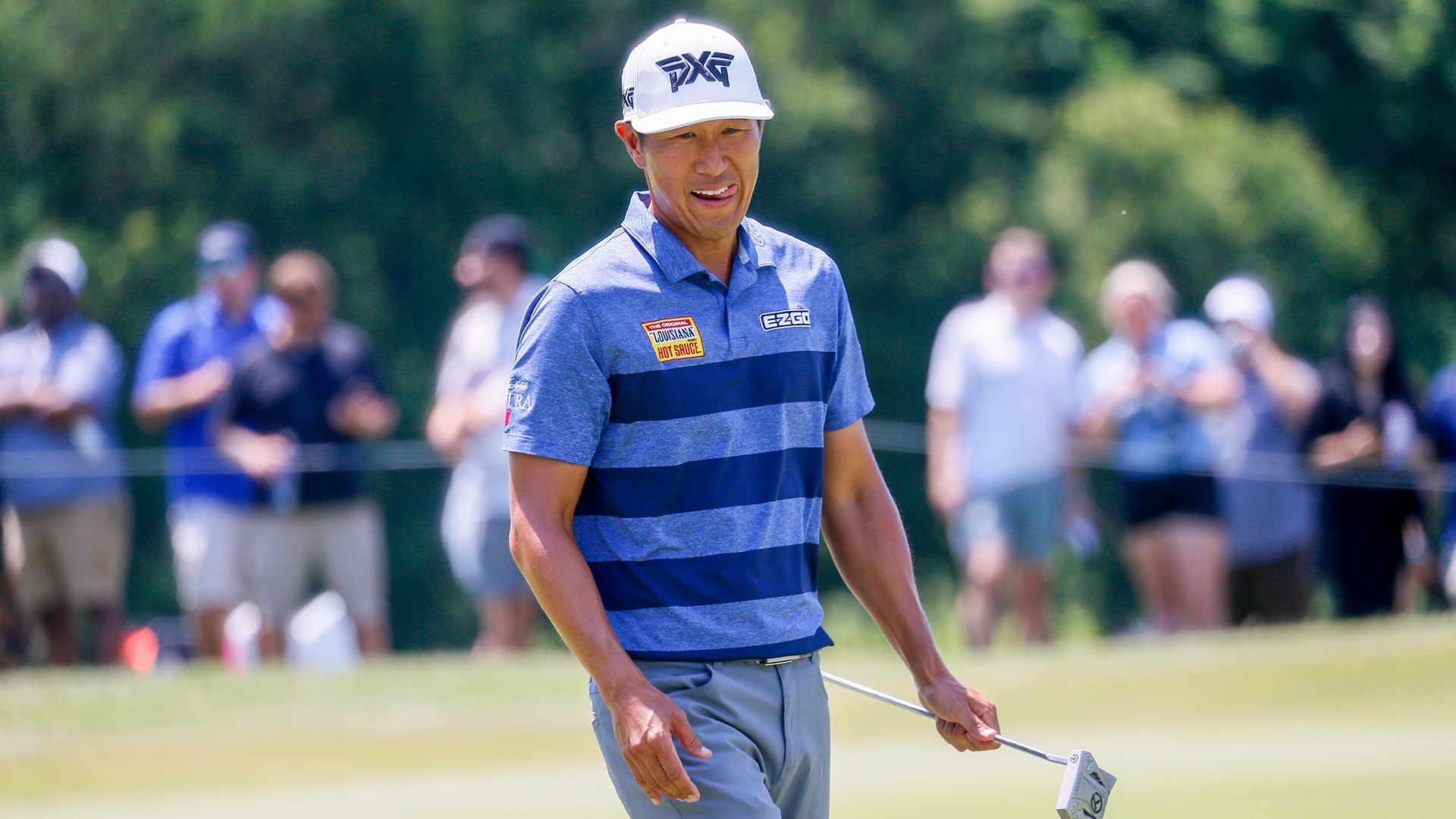 If James Hahn looked like a different man on the greens Saturday at TPC Craig Ranch, it was no coincidence. He received an impromptu lesson from the club’s director of golf the previous evening.

Hahn had struggled mightily with the flatstick the first two rounds of the AT&T Byron Nelson, losing more than 5 ½ strokes putting, when Ronnie O’Brien offered his assistance on the practice green.

“It's nice when the head pro comes down … and gives me a little putting lesson after the end of the round yesterday,” said Hahn, who ranked 155th and 147th in strokes gained putting on Thursday and Friday, respectively. “That definitely helped out a lot. Felt a little more confident over the ball and ended up making some good saves and some birdies on the back nine.”

So, what was the tip from O’Brien?

“Kind of like to keep it a secret just in case Justin Thomas or Jordan Spieth's watching,” Hahn said, “but basically just to have the ball come off more solid, take it a little bit more straighter back and accelerate through the ball. It's my tendency, especially when the greens get really fast, is to somewhat decel because they're so quick and worried about the second putt. But he said the way I was rolling it, just go ahead and give it a roll and most likely it would go in and that's what happened today.”