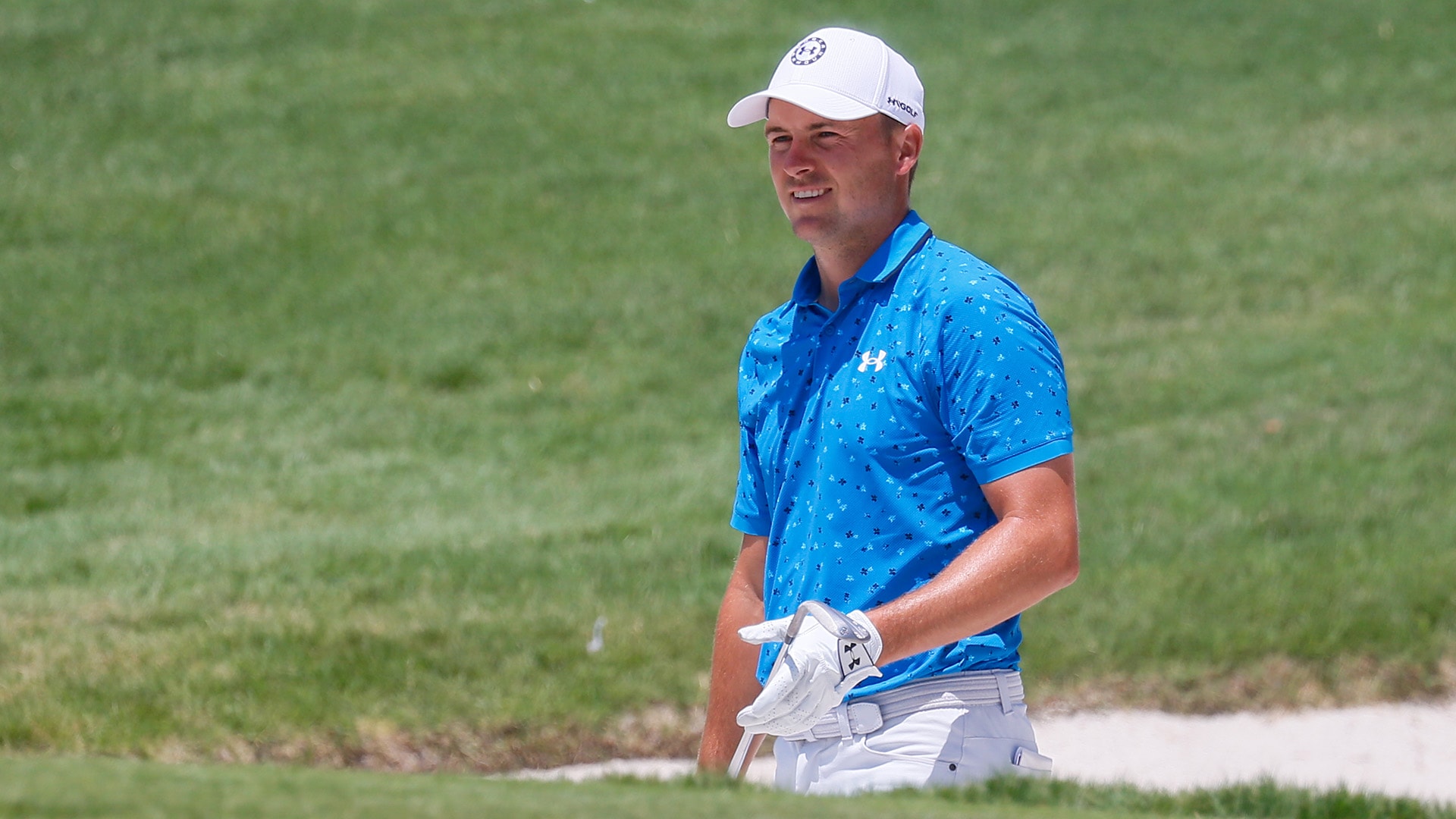 McKINNEY, Texas — Sebastián Muñoz will be the “other” local guy in the final pairing of the final round of the Byron Nelson.

It’s cool by the Colombian who now calls the Dallas area home and has at least shared the lead after all three rounds.

Muñoz shot a 6-under 66 on Saturday and was 21 under, a stroke ahead of hometown favorite Jordan Spieth, who is still seeking a breakthrough at the event in which he contended in the final round as a 16-year-old high schooler in 2010. Spieth shot a 64.

Joaquin Niemann will be the third player in the final group Sunday, alone in third another shot back after a 65. James Hahn almost matched Muñoz’s opening-round 60 at TPC Craig Ranch, shooting 61 to jump 34 spots to a tie for fourth with Justin Thomas (64).

Spieth is a year younger than Muñoz at 28 but has three majors among 13 career victories after starring at the University of Texas. Muñoz, who played in college nearby at North Texas, is 2 1/2 years removed from his lone PGA Tour win.

“Besides winning in Bogota, Colombia, I’ve never been the favorite of any other place,” Muñoz said. “So it’s a familiar spot. Jordan is, of course, the golden boy here, so everyone’s favorite. I’m good friends with him, so it’s going to be a lot of fun tomorrow.”

Spieth never went more than two holes without a birdie before a bogey at 15. He’s had lower rounds and been close to victory before in a tournament he wants to win badly after such a remarkable PGA Tour debut as an amateur 12 years ago.

Besides, he and others among the top 30 in the world playing this week are getting ready for the PGA Championship next week at Southern Hills in Tulsa, Oklahoma.

“So having a chance to win this event, this will be kind of the best chance I’ve maybe ever had going into Sunday,” Spieth said. “Done a good job not putting too much pressure on myself, I just wanted to get into contention and obviously see what needs to be sharpened for next week. But there’s no better prep for a major than winning the week before.”

Muñoz made a 39-foot birdie putt on the par-4 second hole and sank a long bunker shot on the short par-4 sixth.

Playing with another Texan in Ryan Palmer, Muñoz ran into trouble along with Palmer on the par-4 16th.

After Palmer sprayed his approach way right into the stands, Muñoz went left playing a shot from a bunker with the ball in the rough above his feet. He swiped the ground with his club after leaving a chip 30 feet away and ended up with his only bogey.

Palmer, two shots back at the time after a stretch of five consecutive birdies, had to drop in some deep rough, needed two shots to get out and three-putted for double-bogey.

A West Texas native and Dallas-area resident seeking his first individual victory since 2010, Palmer shot 70 and was 17 under with defending champion K.H. Lee (67) and 2011 Masters winner Charl Schwartzel (68).

Spieth briefly pulled even with Munoz at 18 under with five birdies in six holes before the Colombian hit his approaches on 9 and 10 within 5 feet for birdies that put him back in front to stay.