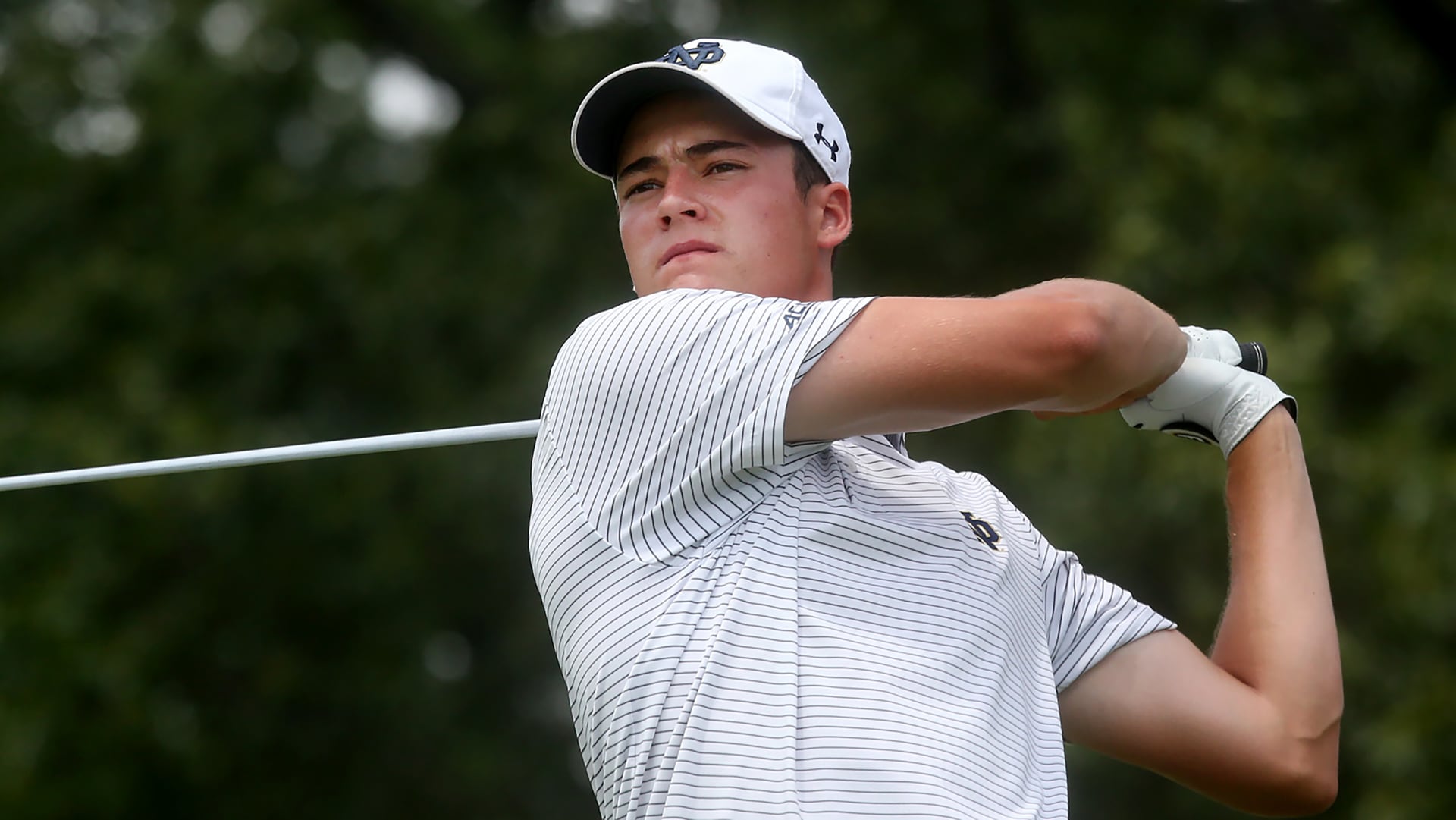 Andrew O’Leary called it the craziest round of his life.

How else would the Notre Dame product describe going 9-3-1 during a 2-under 68 Tuesday at the North and South Amateur at Pinehurst No. 4?

O’Leary had actually birdied four of his previous five holes, including two par-3s, when he stepped on the tee box at the par-5 ninth hole. However, O’Leary got too aggressive, ripping his drive well left and into the woods. His ball came to rest against a tree and some bushes.

“I felt like I could at least get the club on it and kind of went in there and took a few hacks at it,” he said. “It never moved, really.”

Lying ‘6’ from about 220 yards away from the hole, O’Leary eventually got his ball in the hole for a quadruple-bogey ‘9.’ He responded with a birdie at the par-4 10th hole before hitting a chippy 8-iron from 171 yards out at the par-3 11th.

“It landed one bounce and just disappeared,” he said.

The hole-in-one capped a 9-3-1 stretch, also known as a “Middle Tennessee” in area-code speak.

“At that point, I was like, this is just going to be the most absurd day of golf in my life,” he said, “and just embraced that and tried to have as much fun with it as I could.”

O’Leary played even par the remaining seven holes, and his 68 left him three shots back of first-round leaders Ian Siebers and Joshua Bai.