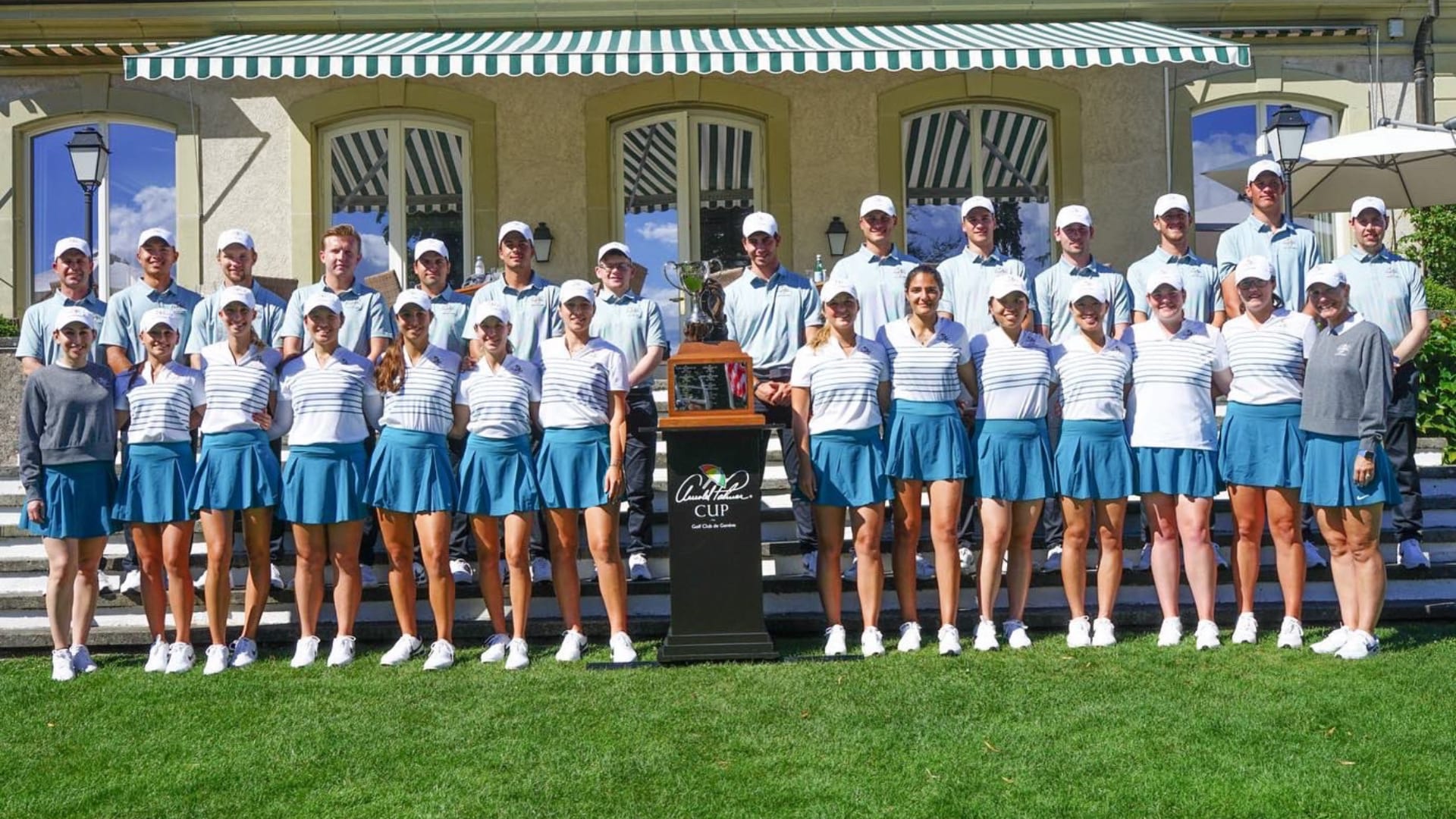 Team International leads Team USA 6.5 to 5.5 after the first day of the Arnold Palmer Cup at Golf Club de Genéve in Vandœuvres, Switzerland.

“We tied a lot of holes with birdies, but we stayed patient and believed in each other,” Lopez Ramirez said.

“We only wanted one thing, and that’s to bring the points home. Luckily we did that here on 18,” said Fernández de Oliveira, the first Argentinian to participate in the Palmer Cup.

Team International’s Archie Davies and Amelia Williamson halved the first two holes of Match 10 with Americans Nick Gabrelcik and Rachel Heck before birdieing 10 of the final 14 holes to win, 4 and 2.

Match 12 was arguably the most anticipated of the day with Team USA’s Michael Thorbjornsen and Rose Zhang facing Team International’s Christo Lamprecht and Heather Lin, and it lived up to to the hype, coming down to the wire.

The teams halved the first three holes before the United States duo took the lead through the 14th. Then the International pair birdied the 15th to tie it and birdied the 16th to take the 1-up lead. Both teams parred the last two holes to finish the day.