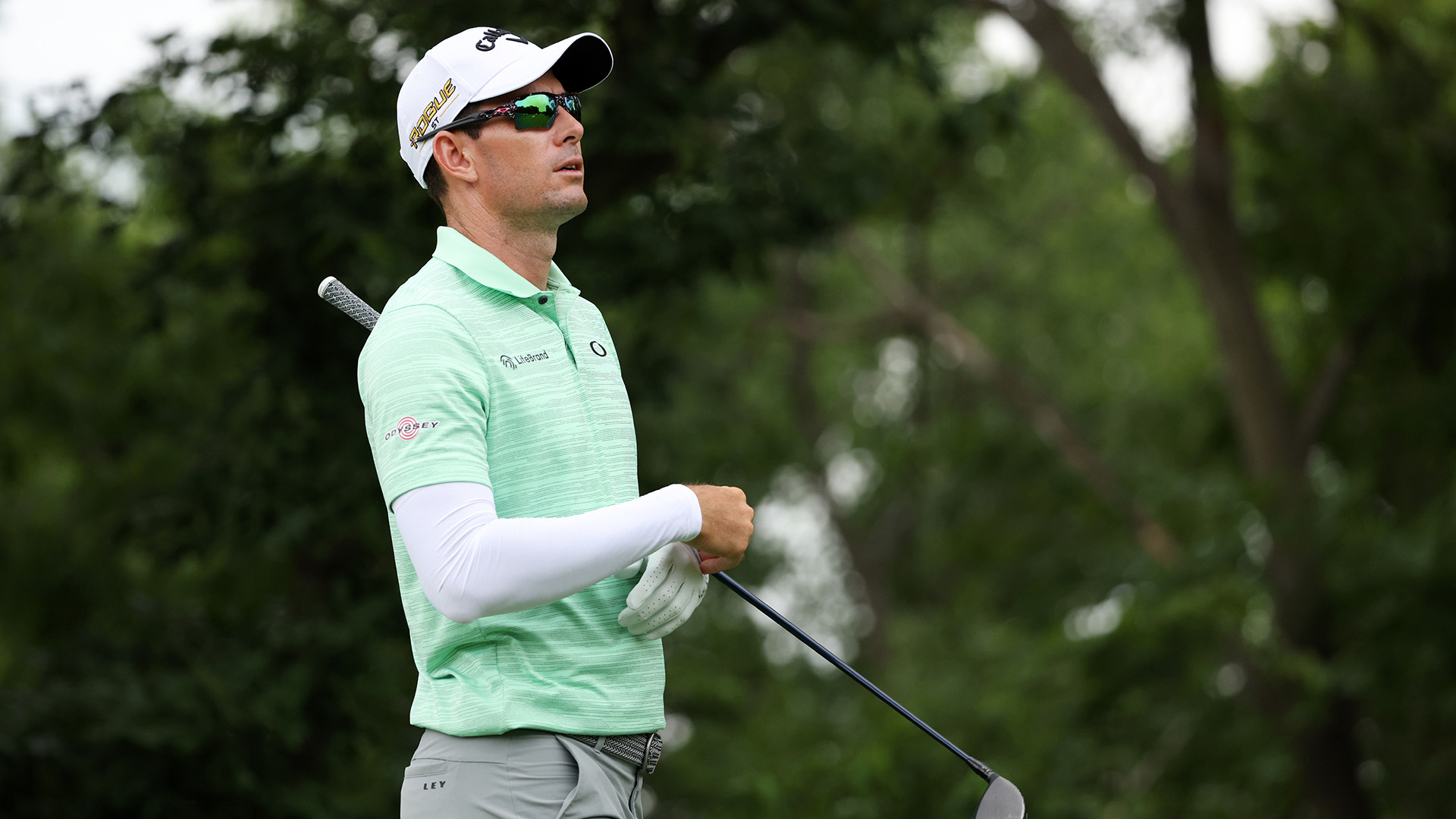 Dylan Frittelli had a blast as he won the John Deere Classic in 2019. He was having significantly less fun at TPC Deere Run during his second round Friday.

Frittelli was rolling along nicely at 6 under par when he stepped to the tee for his eighth hole of the second round, which was the 557-yard par-5 17th.

The former Longhorn snap-hooked his tee shot, which traveled just 173 yards into the left rough. He could only advance his second shot about 30 yards, at which point things went from bad to worse.

Frittelli’s ball ended up inside a tree, but it was at the base of the tree trunk and he tried to argue that it was an animal hole, in which case he would’ve been entitled to free relief.

A conversation with a rules official ensued, and Frittelli tried – unsuccessfully – to make his case for relief.

The exchange resulted in the rules official declaring Frittelli was inside the tree, and no relief was awarded.

The South African took a drop, along with a penalty, and ultimately made double bogey on the easy par 5.

Frittelli would rebound to shoot a 1-under 70 and get in the clubhouse at 6 under for the tournament.