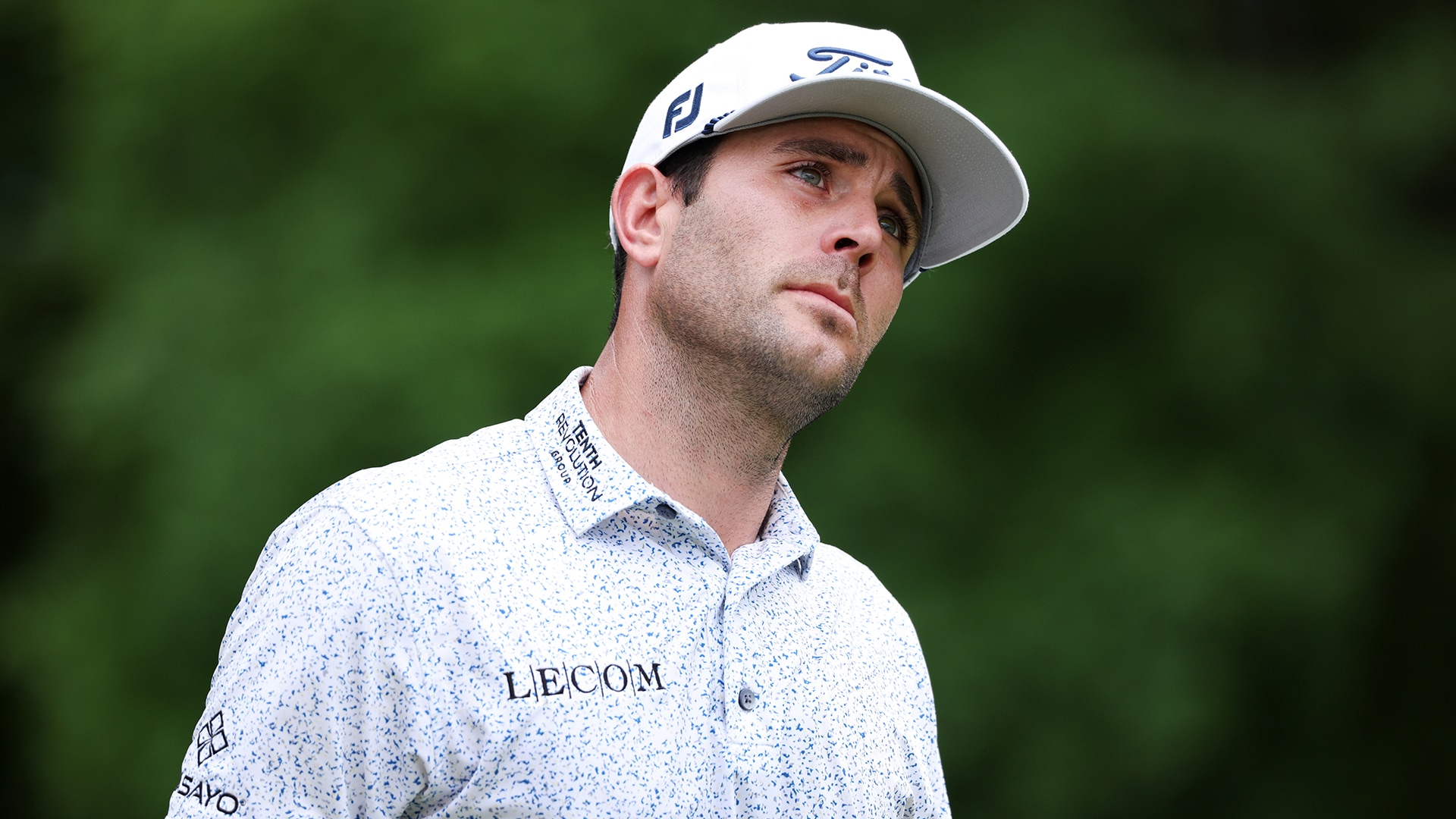 The 31-year-old Englishman sits solo fifth on the leaderboard at TPC Deere Run and is a shot out of position to grab one of three Open exemptions available to players who are not otherwise exempt and finish among the top 10 and ties.

Three spots are also available out of this week’s Irish Open.

Currently, Tarren and the rest of the players in the top 10, including three-shot leader J.T. Poston, are not in the field two weeks from now at the Old Course. Tarren qualified for last month’s U.S. Open, the second time he’s done so for that major, and went on to share 31st place at The Country Club.

“Having played the U.S. Open a few weeks ago, them major championships are just awesome,” he said, “and I would like to play in a lot more of them. … I've been up to St. Andrews but haven't played the Old Course. To play in the 150th Open would be a dream come true. Yeah, I don't want to get too far ahead of myself. Obviously, there is still plenty of golf to go, and that golf course is providing a lot of birdies to players.

“So, I understand that some someone might come from behind tomorrow and shoot a low one, so I've just got to keep my foot to the floor and make as many birdies as possible and eliminate the mistakes.”

Should Tarren succeed and qualify for The Open, it will mark his first time competing in golf’s oldest major championship but not his first time attending. Back in 2009 at Turnberry, Tarren was a teenage volunteer. His duty was to help facilitate tax refunds for fans who had bought prepaid tickets before the value-added-tax percentage was changed.

“The government changed from I think 20% down to 17.5%, so everyone who prepaid tickets got a refund for the 2.5% difference, but nobody knew about it,” Tarren said. “So, on my tent, my job, there was probably 20 people working and nobody came to see us, so I just went and watched golf all week and got paid. Shouldn't really say that, but I did.”

Tarren was able to witness Tom Watson’s bid for a sixth Claret Jug at age 59, which would’ve made him the oldest major champion in golf history. However, Stewart Cink had other plans, besting Watson in a four-hole playoff.

“Tom did a great job,” Tarren recalled. “I remember watching the last nine holes. I followed him every shot. When he was hitting his 9-iron I think into the last I was on the walk path behind him, and I thought it was perfect. Shame he didn't get it done, but it was still an incredible Open.”

Just wait until Tarren gets into one of his own, especially a possible Open debut at the Home of Golf on the championship’s 150th anniversary.