Arnold Palmer Cup all tied up heading into final round 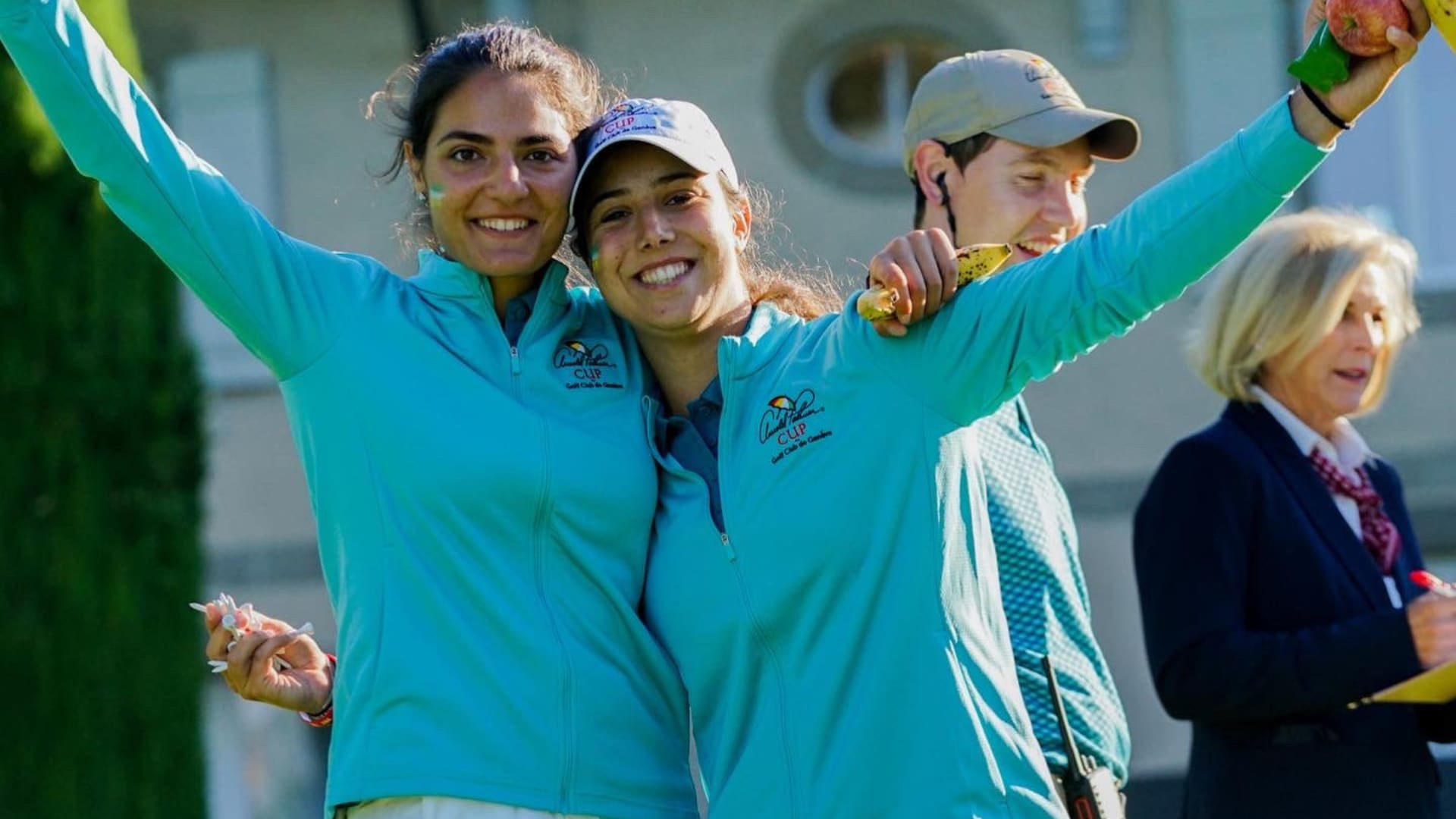 Team International and Team USA are all tied up after three rounds of the Arnold Palmer Cup.

Following Saturday's two-session day of foursomes and mixed foursomes, the overall score is 18-18 as the Americans look to win a second straight Palmer Cup and first on foreign soil since 2018. This also figures to be the most competitive Palmer Cup finish since rosters were expanded to 24 players each in 2018. The last time a Palmer Cup was decided by fewer than six points was in 2012, when the then-European team won by three points, 13.5-10.5.

The International squad maintained its lead after Round 2 on Saturday morning, keeping the U.S. team at bay, 13 to 11, after foursomes play.

“We’ve known each other since our junior golf days, so for us to come together at one of the biggest golf tournaments for college golfers and experience this together is unreal,” Mitchell said.

The U.S. guys had a strong showing in their win from North Florida's Nick Gabrelcik and North Carolina's Dylan Menante. Despite only leading once on the back nine, they birdied three of their last four holes to defeat East Tennessee State's Archie Davies and Georgia Tech's Christo Lamprecht, 1 up, and earn another U.S. point.

“Nick’s irons were unbelievable today,” Menante said. “He kept giving me 8 feet, so it was really nice that I had a lot of short putts.”

Team USA started gaining significant ground in the afternoon, outscoring Team International, 7-5, in mixed foursomes to tie the tournament at 18 after 36 matches.

A momentum-shifting afternoon began with Match 25, where Arizona State's Josele Ballester and Chacarra of Team International had a 2-up lead on Gabrelcik and Stanford's Rachel Heck through 14 holes before Gabrelcik and Heck birdied three of the last four to take the lead after 17. Ballester sunk the International’s par putt on 18 to finish the match tied.

“Whether we were up or down, we stayed positive and in it mentally,” Heck said. “If you would’ve told us on 14 that we’d tie, we would’ve taken it. I’m really proud of how we fought.”

Team International took an early afternoon 18-14 lead before the U.S. rallied with four straight wins to tie things up.

“We had a hot start, and if we lost a hole, we got over it fast and kept it going,” said USC's Amari Avery, who defeated San Jose State's Kajsa Arwefjäll and South Florida's Albin Bergstrom, 4  and 3, with Vanderbilt's Gordon Sargent.

The round concluded with U.S. and Wake duo Rachel Kuehn and Michael Brennan emerging triumphant after sinking a 30-foot par putt to maintain a 1-up lead over Florida State's Frederik Kjettrup and Stanford's Aline Krauter. Both teams parred the 18th, making the tournament even at 18-18.

Kuehn’s words for Brennan prior to his putt were simple: “It’d be a great time to roll one in ... and it worked out very nicely.”

CHICAGO -- The American League Cy Young race probably didn't alter much on Tuesday, as both Houston...