2B Altuve takes pitch off elbow, likely out Thur. 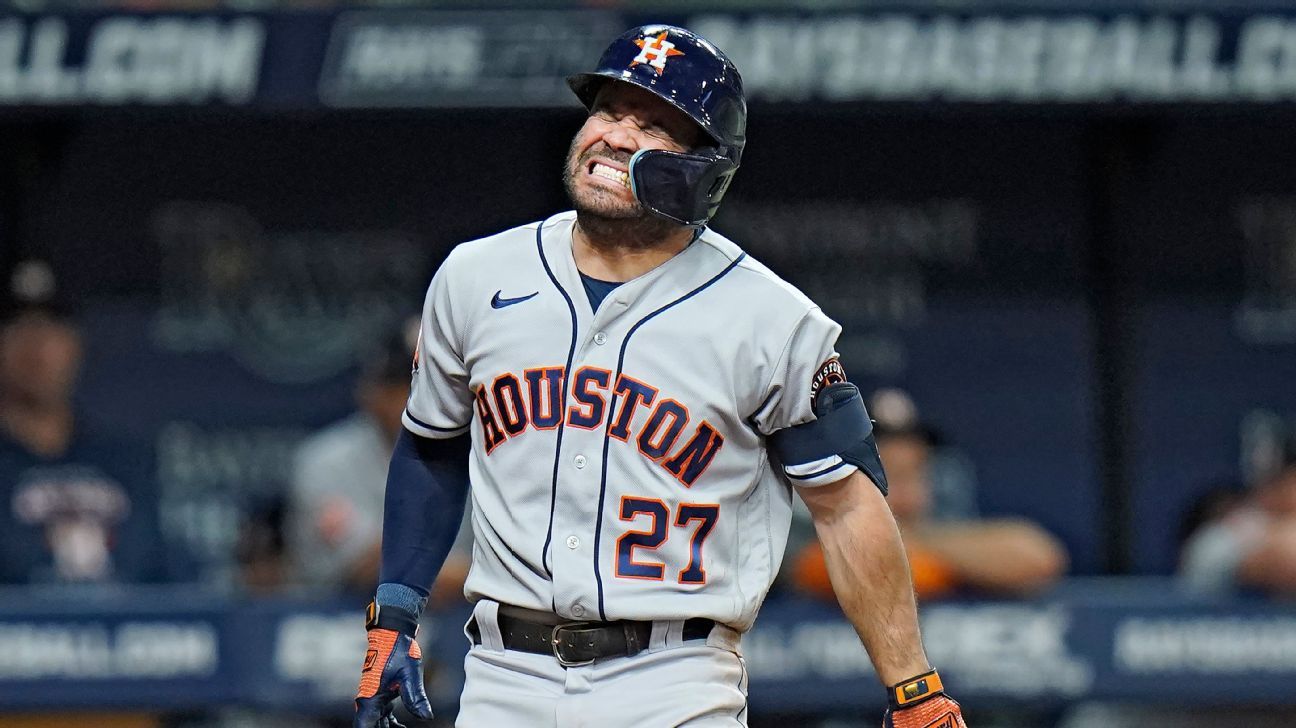 ST. PETERSBURG, Fla. -- Houston Astros second baseman Jose Altuve was hit by a pitch on the left elbow and left one inning later because of elbow discomfort during Wednesday night's 5-2 win over the Tampa Bay Rays.

Manager Dusty Baker said Altuve will probably miss the opener of a four-game series Thursday night at Baltimore but could be ready to return Friday.

"He's going to be sore," Baker said. "It got him below the pad, right on the elbow. Anybody who's ever hit in their elbow knows how much that can hurt."

With two out and a runner on first, Altuve was struck by an 89 mph pitch from Rays right-hander Corey Kluber. He was replaced in the sixth inning by Mauricio Dubon.

More in this category: « Real or not? Jose Altuve could be MVP again Angels ace Ohtani dazzles, loses no-hit bid in 8th »
back to top