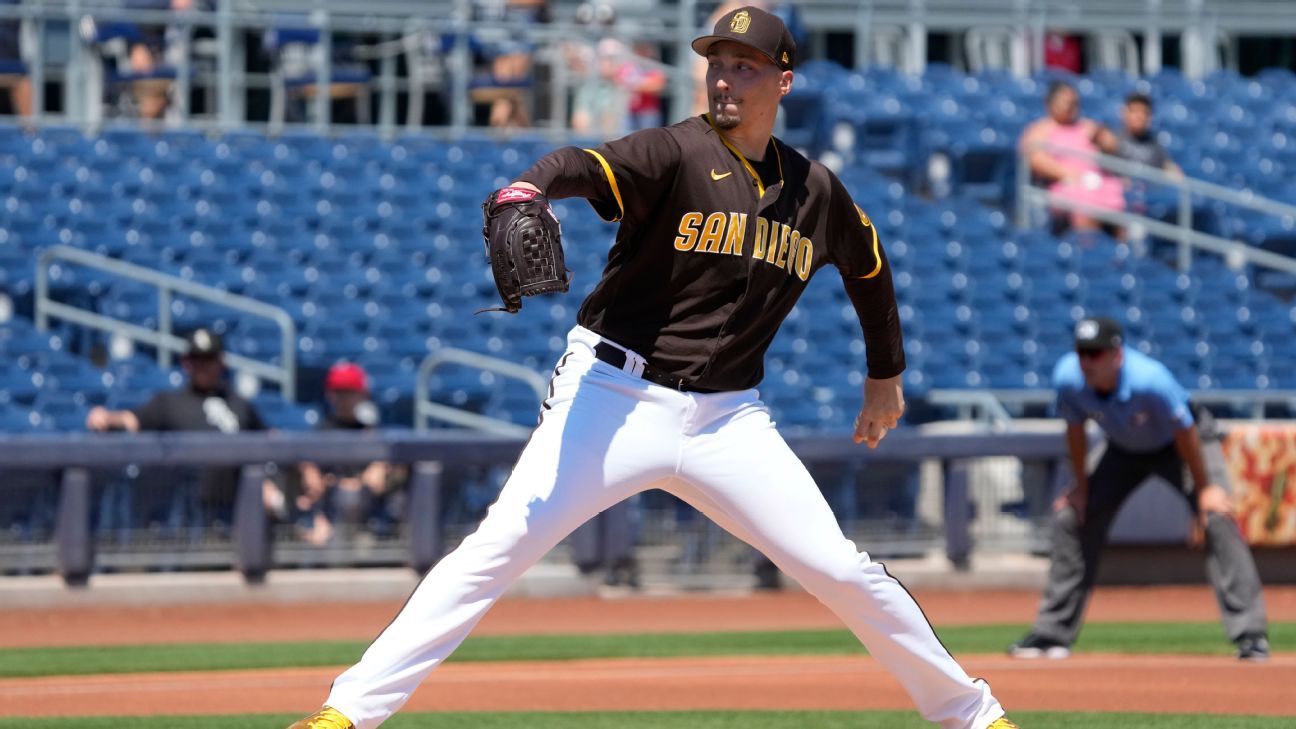 Snell (8-9) allowed two hits in seven innings on 117 pitches and struck out 13 to tie his career high. The left-hander's brilliant effort carried the Padres to their fifth straight win and extended the rotation's scoreless streak to 27 2/3 innings.

Pujols' hit helped Padres manager Bob Melvin avoid what could have been an unpopular decision.

"I don't want to say I'm glad somebody got a hit but I'm not going to let [Snell] throw 135 pitches this time of year, and that's probably what it would have taken to get through it," Melvin said.

Snell, the 2018 AL Cy Young Award winner while with the Tampa Bay Rays, said this performance "was up there" among his best games -- although for him, hitting 99 mph was the highlight.

The Padres have shut out the Cardinals in the first two games of the three-game series, keeping Pujols at 698 career homers.

San Diego stayed 1 1/2 games ahead of Philadelphia for the NL's second wild-card spot.

The left-handed Snell had shut down Pujols and the Cardinals into the seventh, retiring the slugger twice and issuing just two walks. But with the Padres shifting the right-handed Pujols, the 42-year-old slugger drove a ball through the wide-open right side of the infield for an easy hit on a 3-1 pitch, Snell's 107th of the game.

"I thought if I got a quick inning there I might have gotten into the eighth," he added. "Who knows. It's just tough; 13 strikeouts, like it's going to be really tough going nine without throwing like 140, 150 [pitches]."

More in this category: « Real or not? Jose Altuve could be MVP again Angels ace Ohtani dazzles, loses no-hit bid in 8th »
back to top