Koepka returns to world No. 1 with PGA win 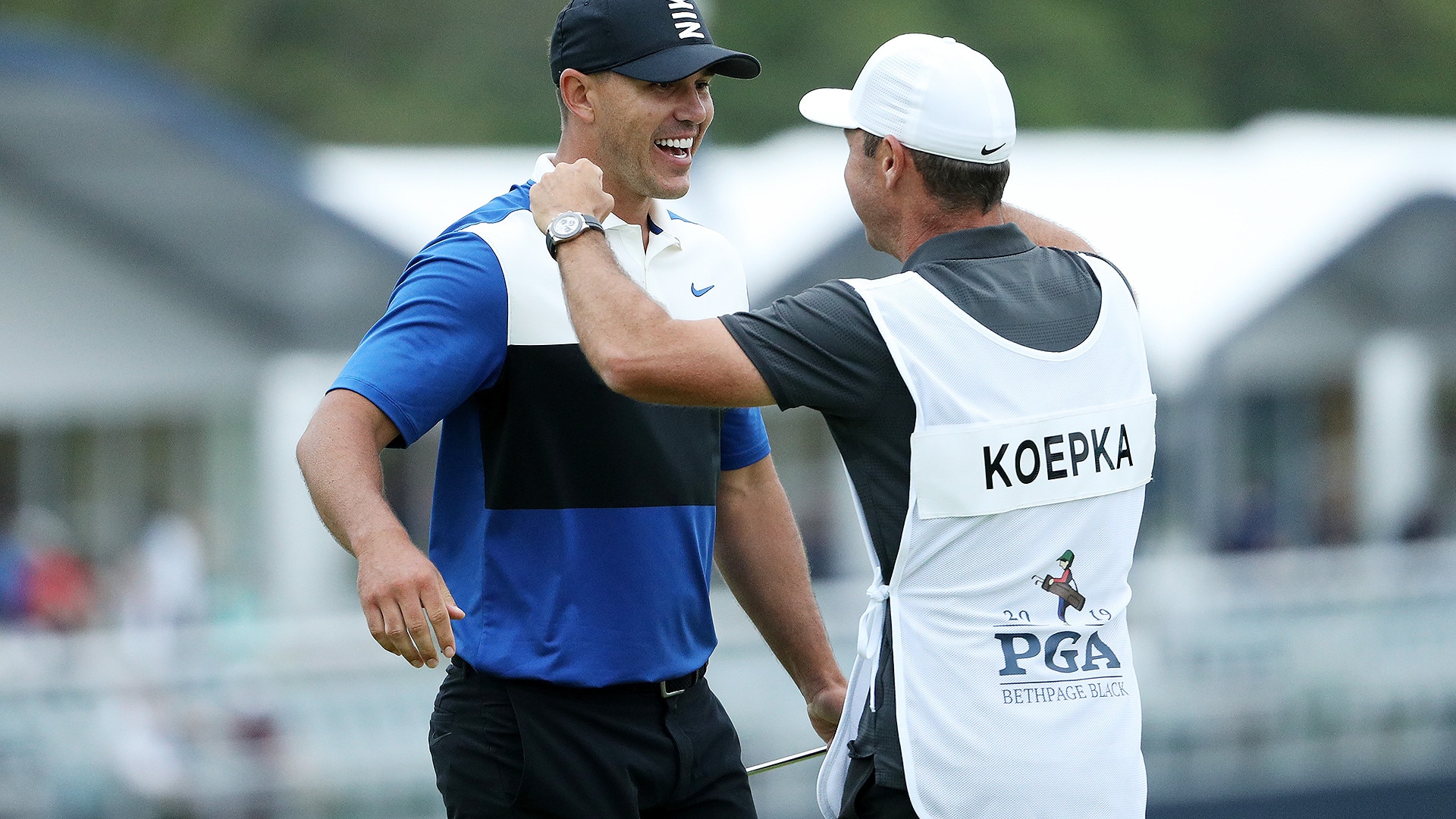 After successfully defending a major title (again), Brooks Koepka is back atop the Official World Golf Ranking.

Koepka teed off at Bethpage ranked No. 3 in the world, but after retaining the Wanamaker Trophy he moved to the top spot even though former world No. 1 Dustin Johnson finished alone in second. It marks the first time Koepka has held the No. 1 ranking since the start of the year, as it has been a split between Johnson and Justin Rose for the 20 weeks of the year.

But now it's Koepka followed by Johnson, with Rose down one spot to No. 3. The rest of the top 10 remained the same after the second major of the year: Rory McIlroy, Justin Thomas, Tiger Woods, Francesco Molinari, Bryson DeChambeau, Xander Schauffele and Rickie Fowler.

Other notable moves following the PGA include Jordan Spieth, who jumped nine spots to No. 30 with his first top-10 finish in nearly a year. Patrick Cantlay rose from 17th to 14th after a T-3 result, while the same finish pushed Matt Wallace from 31st to 25th.

Luke List struggled to a final-round 74, but his sixth-place finish still had repercussions since it helped him move up 18 spots to No. 58. That ascent was timely given that the top 60 in the world rankings this week are exempt into next month's U.S. Open and can skip a trip to sectionals. Others inside the cutoff include No. 59 Chez Reavie and No. 60 Abraham Ancer, while AT&T Byron Nelson winner Sung Kang jumped another 14 spots with his seventh-place finish but is on the outside looking in at No. 61.

Jazz Janewattananond, who made headlines while testing the oratorical skills of TV announcers, jumped three spots to No. 69 in the world after a T-14 finish. The top 60 from the June 10 rankings will also receive spots at Pebble Beach if not otherwise exempt.

Chelsea have had a £40 million bid for Anthony Gordon rejected by Everton, sources have told ESPN.Bl...