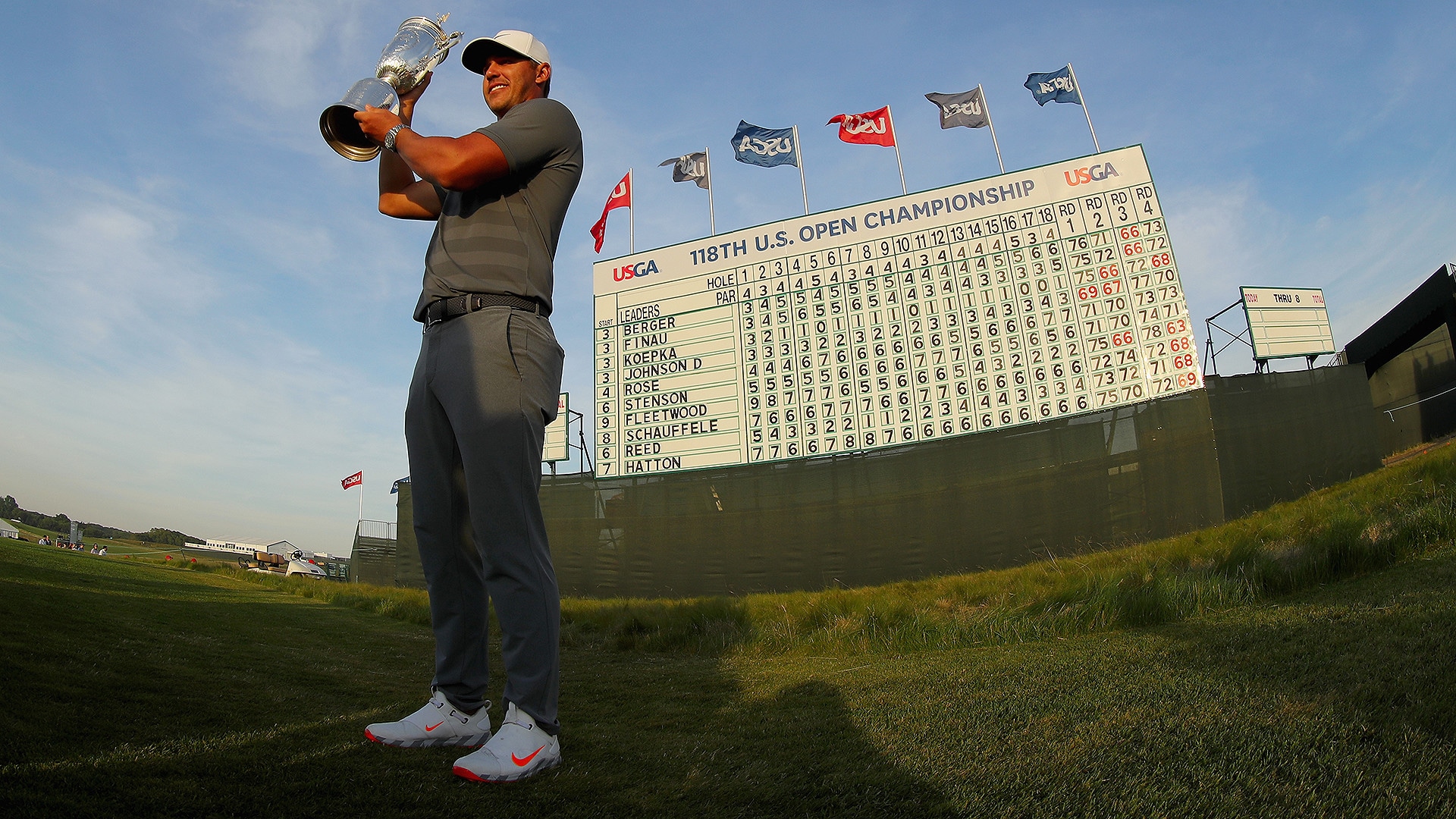 With another successful title defense secured, Brooks Koepka now sets his sights on a fifth major victory – and a little piece of history at next month's U.S. Open at Pebble Beach.

Koepka won his first major title two years ago at Erin Hills, and he won again last summer at Shinnecock Hills. Looking to become the first to win three in a row since Willie Anderson from 1903-05, Koepka was installed as a 5/1 betting favorite for Pebble when the Westgate Las Vegas SuperBook published odds once the final putt dropped at Bethpage.

For perspective, Koepka opened at 14/1 to win the PGA when odds were published following the Masters, and he was bet down to 10/1 by the time tournament week rolled around.

Dustin Johnson, a two-time winner at Pebble who nearly captured the U.S. Open there in 2010, is next on the odds sheet, followed by Masters champ Tiger Woods. Here's a look at odds on several of the possible contenders, with another major less than a month away: