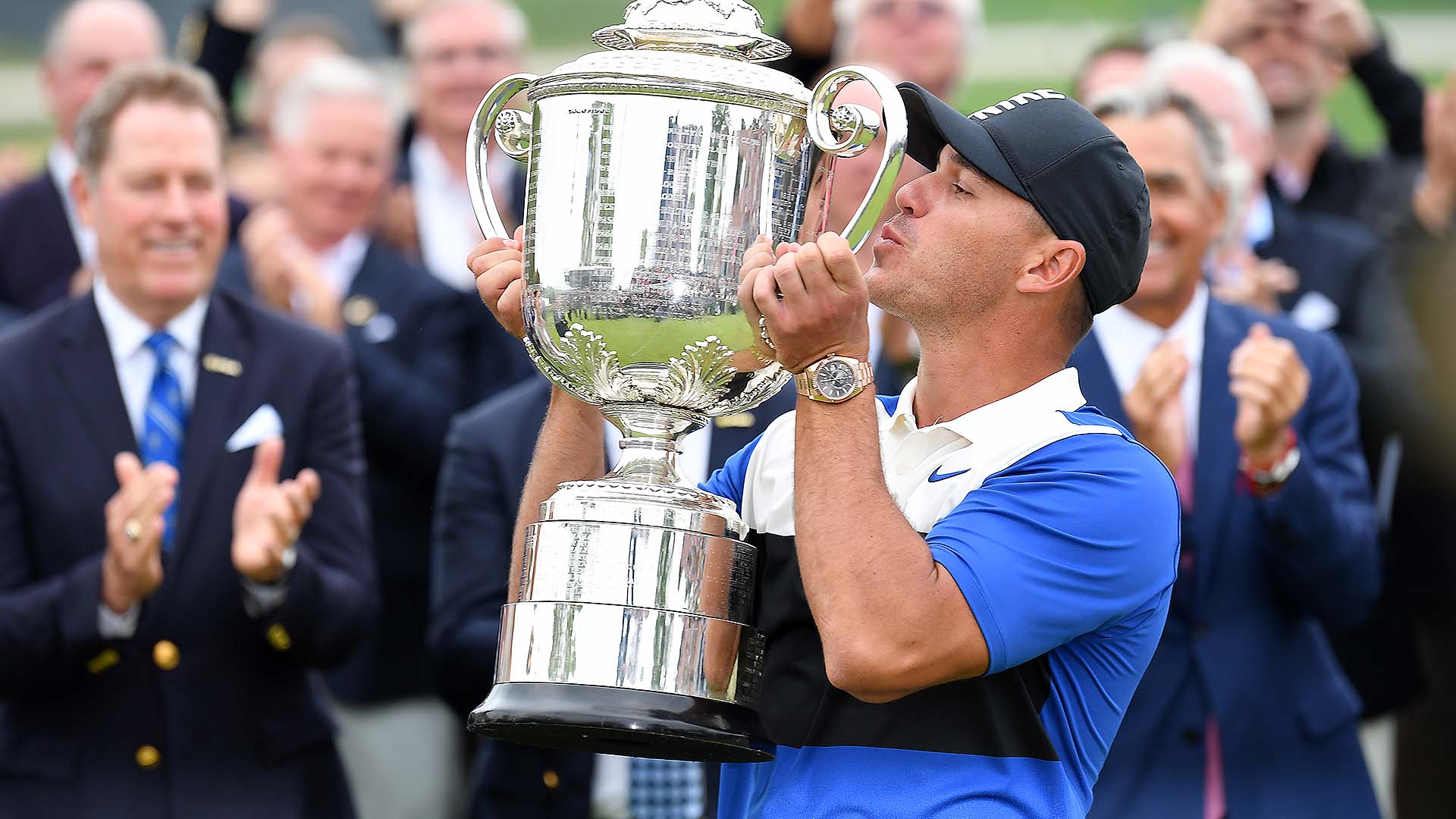 After successfully defending his title at the PGA Championship, Brooks Koepka shows no signs of slowing down his major conquests. Las Vegas bookmakers don't expect him to, either.

Koepka was installed as the betting favorite for next month's U.S. Open shortly after rolling in the final putt at Bethpage, and Tuesday the Westgate Las Vegas SuperBook unveiled a Koepka-specific prop on how many majors he'll win in his career. Already with four to his credit, the line in the sand was drawn at 7.5, with a bet on the over at +130 odds (bet $100 to win $130) while the under pays -150 (bet $150 to win $100).

The cutoff point for Koepka's major production was set at May 3, 2040, when he'll celebrate his 50th birthday. Of course, if bettors want to bank on the no, they'll have to wait 21 years to collect - meaning they might be better off putting their stake in some blue-chip stocks.

Should Koepka reach eight majors, he'd tie Tom Watson's career haul. Only five players in the history of golf have won more than that: Jack Nicklaus (18), Tiger Woods (15), Walter Hagen (11), Ben Hogan (9) and Gary Player (9). It would be lofty company, but not anything earth-shattering for Koepka based on his comments prior to his win at Bethpage.

"I think you keep doing what you're supposed to, you play good, you peak at the right time. Like I said, I think sometimes the majors are the easiest to win," Koepka said last week. "I don't see any reason it can't get to double digits."

Riqui Puig: MLS to be hub for world's young stars

Which clubs make the most profit in the transfer window?

Like it or not, football is a business and part of every business involves making money. Some clubs...

Mike Dean, the Video Assistant Referee (VAR) in the Premier League match between Chelsea and Tottenh...

LOS ANGELES -- Pau Gasol will join a long line of legendary big men when his number is retired in th...

NBA to tip off season with opening night rivalries

The NBA unveiled its schedule for the 2022-23 season Wednesday afternoon, which kicks off with a pai...

SAN DIEGO -- Fernando Tatis Jr. has yet to formally address his San Diego Padres teammates in the wa...