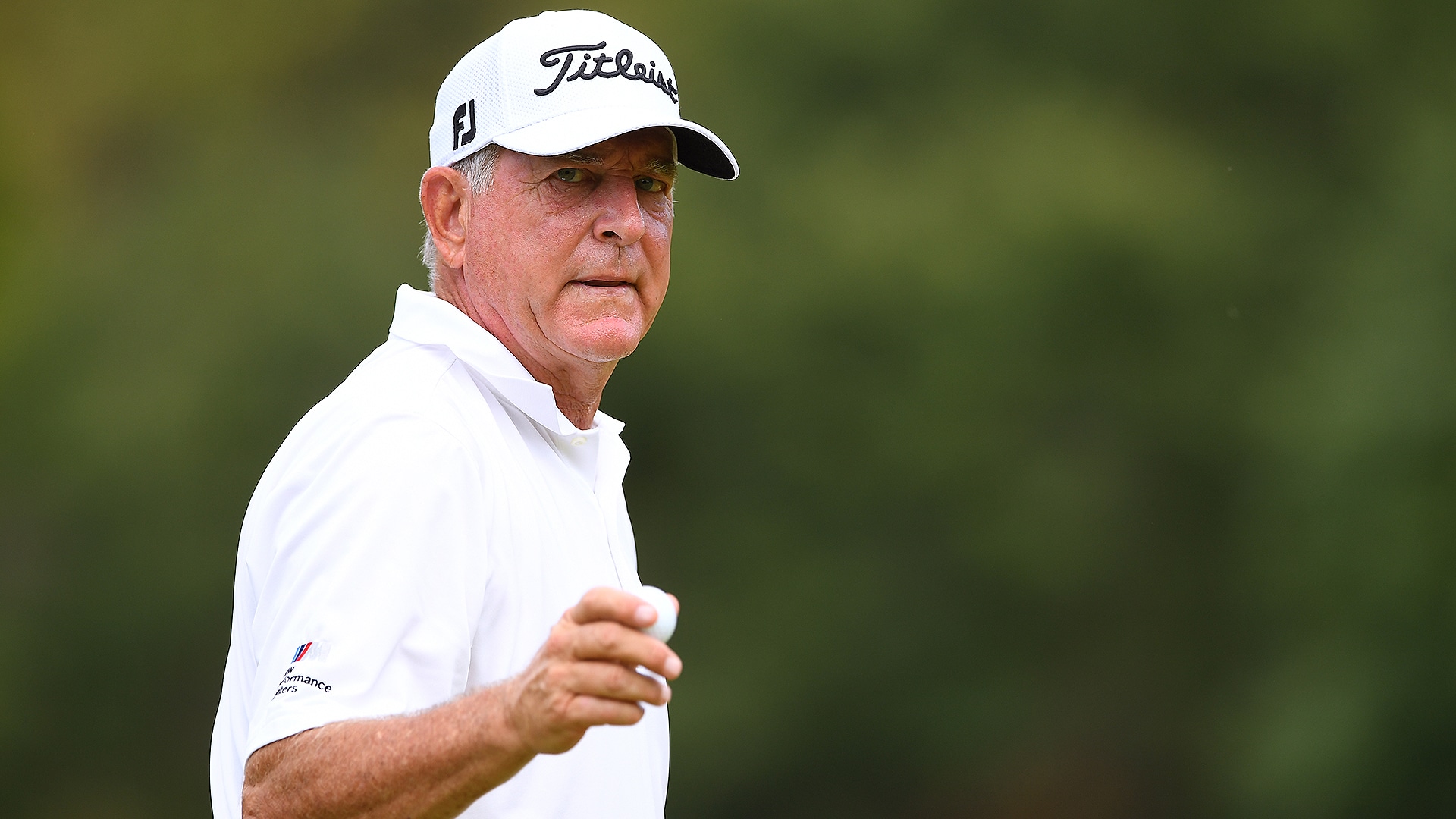 PITTSFORD, N.Y. - It didn't take long for Jay Haas to be reminded of how gusting winds can wreak havoc on players attempting to navigate the narrow fairways of Oak Hill Country Club's East Course.

''Got here on Sunday night and played nine holes Monday, and it was blowing, what, 25, 30 (miles per hour),'' Haas said with a laugh Wednesday, a day before the Senior PGA Championship opens.

''I couldn't wait to get off the golf course,'' he added. ''I was making bogeys and doubles on every hole. It was pretty discouraging.''

In some ways, the 65-year-old's experience was no different than his previous visit to the Rochester suburbs 11 years ago. That's when Haas overcame frigid conditions, heavy wind gusts and a one-stroke final-round deficit to finish with a 7-over 287 and win his second Senior PGA title.

''There's not many tournaments that you can be trailing by a stroke, shoot 4 over, no birdies and win the tournament,'' Haas said. ''That's a testament to how difficult the golf course was playing that week.''

No need to remind Bernhard Langer, who shot a final-round 6 over to finish second to Haas all those years ago.

''I think that was some of the highest scoring and most difficult conditions I've ever experienced anywhere for four days in a row,'' said the 61-year-old, who has one victory among his five top-10 finishes this season and ranks second on the money list. ''This golf course is very difficult even if you have good weather.''

It shouldn't be any different this time at the $3.25 million major, of which $585,000 goes to the winner. The 6,800-yard course is notable for its narrow fairways, tiny greens and an unforgiving rough that places a premium on hitting it straight off the tee.

While temperatures are finally warming after an unseasonably rainy and chilly start to spring in western New York, the forecast for the next four days is all over the map.

There is the possibility for severe thunderstorms with wind gusts approaching 40 mph for the opening round Thursday. The forecast Friday is more settled, though about 10-degrees cooler, with temperatures in the mid-60s expected. And then there are more storms forecast for the weekend.

The weather and the course's stingy reputation led to several competitors projecting an even-par 280 to be the winning score.

Colin Montgomerie wasn't surprised by Haas' finish in 2008, which remains the highest score in relation to par to win the Senior PGA.

''If the weather was at all inclement, that's a hell of a score,'' Montgomerie said.

''You can't play this course from the rough. You just can't do it,'' added Montgomerie, a two-time Senior PGA champion and member of the European Ryder Cup team that rallied to beat the United States at Oak Hill in 1995. ''Bogeys are going to happen. You're going to miss the fairway. Make a bogey. Don't make it a double and get on with it.''

The field of 156 includes Scott McCarron, who enters the weekend with two victories and six top-10 finishes while leading the Champions Tour money list at just under $1 million.

And then there's Steve Stricker, who is splitting time between the PGA and Champions tours. Stricker was planning to compete at Colonial on the PGA Tour this weekend before electing to head to Oak Hill after winning the Champions Tour's first major - The Regions Tradition - two weeks ago.

He will be competing in his third major in three weeks, making the six-hour cross-state drive from Long Island after missing the cut by a stroke at the PGA Championship at Bethpage last weekend.

NOTES: Haas is playing Oak Hill for the sixth time and was honored by having his name engraved on a plaque and placed on a tree on Oak Hill's ''Hill of Fame,'' which circles the 13th hole. Among those previously honored were Jack Nicklaus, Lee Trevino, Nancy Lopez, Bob Hope and President Gerald Ford. ... Paul Broadhurst is the defending Senior PGA champion after shooting a 19-under 265 at Harbor Shores in Benton Harbor, Michigan. ... Oak Hill will have a new look when it hosts the PGA Championship in four years. The East Course is undergoing major renovations starting in August in a move to return it to its original Donald Ross design after changes were made to holes 5, 6 and 15 in the late 1970s. The course is scheduled to reopen in May 2020.