Daly request for cart at Open 'under consideration' 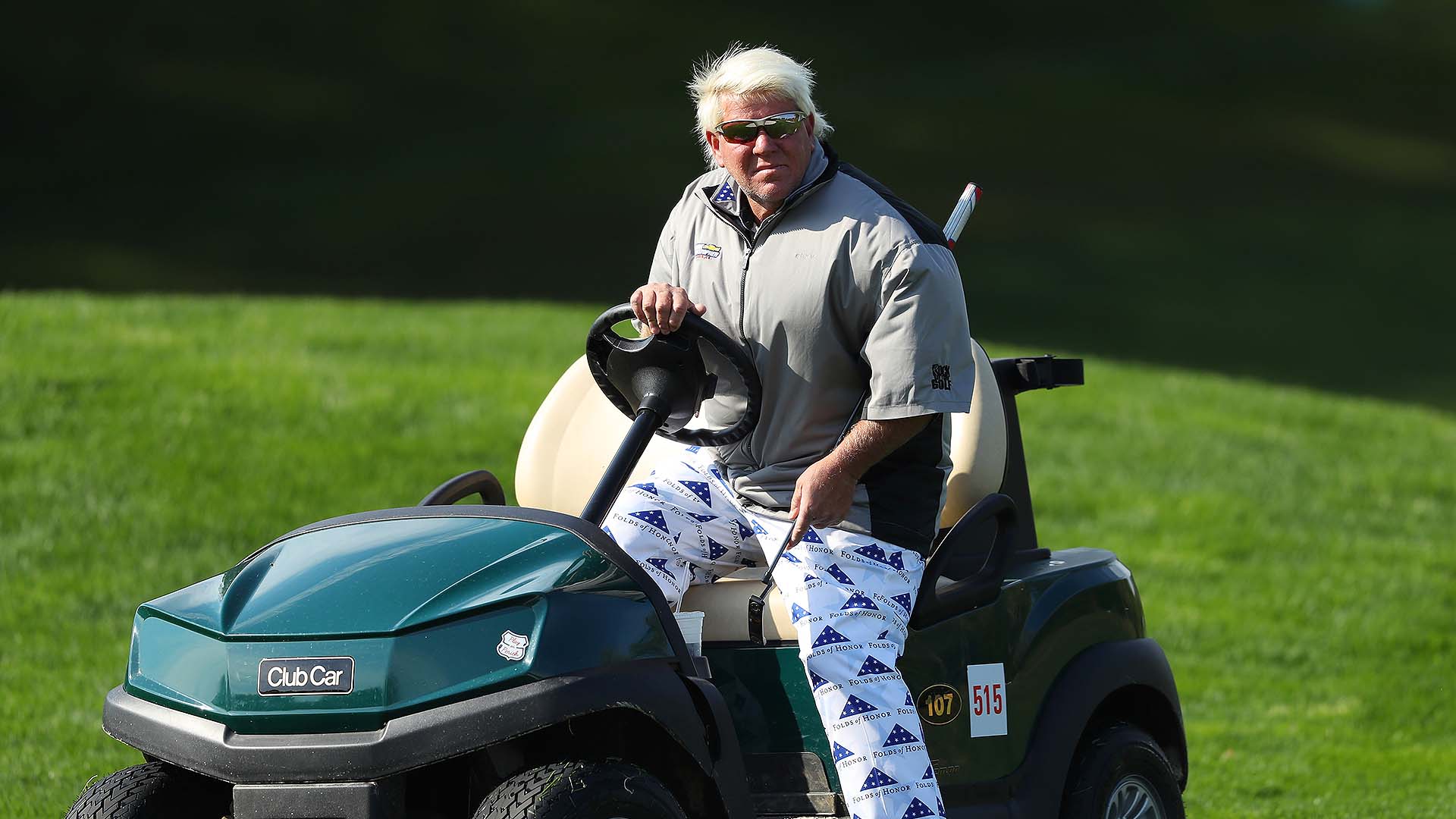 After driving his way around Bethpage Black last week, John Daly has submitted another request to use a cart when The Open heads to Royal Portrush this summer.

Daly petitioned the PGA of America under the Americans with Disabilities Act for the use of a cart at last week's PGA Championship, citing his ailing right knee. While a similar request for the U.S. Senior Open was denied last summer by the USGA, he was approved by the PGA and used a cart en route to rounds of 75-76 and a missed cut on Long Island.

Daly is fully exempt for The Open, having won in 1995 at St. Andrews, and the R&A told Golf.com that the 53-year-old has reached out about the use of a cart.

"We have received a request from John Daly to use a buggy at The Open, and it is currently under consideration," said an R&A spokesperson.

Daly is limited by osteoarthritis in his right knee, making it difficult to walk long distances and especially downhill. He missed last year's Open at Carnoustie because of a knee injury and has not made the cut since 2012 at Royal Lytham, but he will remain exempt until age 60 as a past champion.

"I enjoy playing. I'm still competitive," Daly said. "And I think getting to play hopefully the British in a cart ... Past champions I think if we can play, no matter what it takes, I think we should."