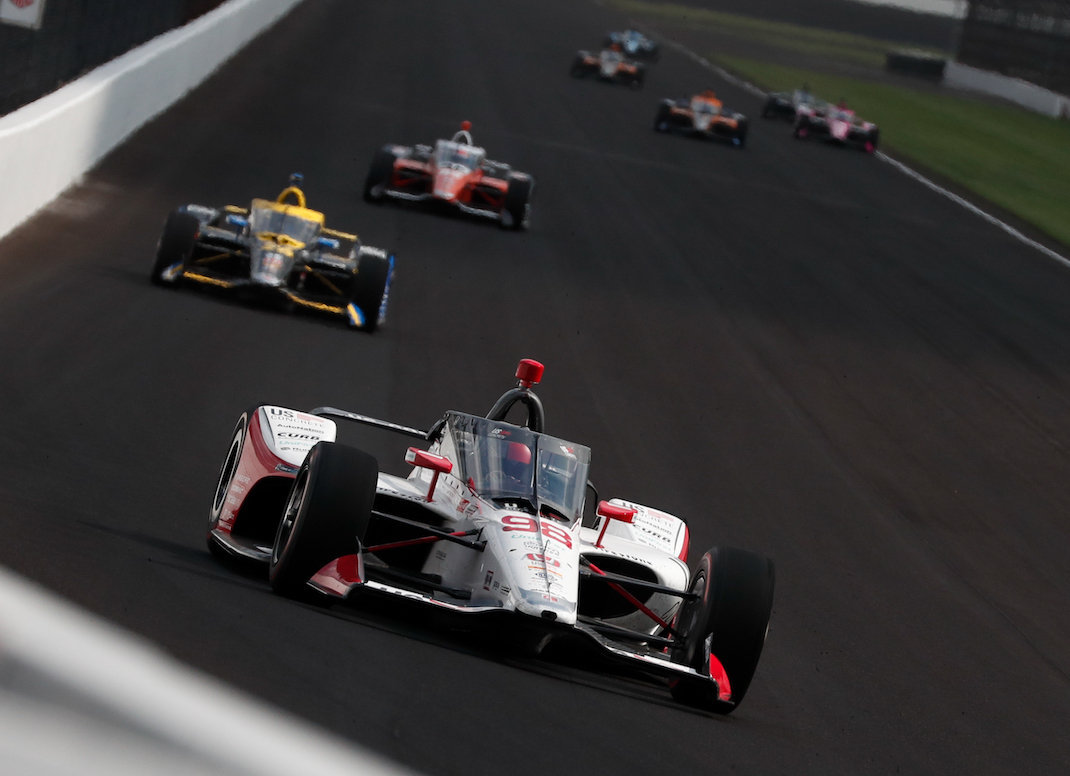 INDIANAPOLIS — For most of the NTT IndyCar Series season, Andretti Autosport has had a variety of issues that have kept the team out of victory lane.

Alexander Rossi and Ryan Hunter-Reay have gotten off to unusually slow starts. Zach Veach and Marco Andretti have been inconsistent.

But the first day of practice for the 104th Indianapolis 500 saw Andretti Autosport return to the top of the timing sheet.

James Hinchcliffe, a part-time driver in the No. 29 Genesys Honda, was the fastest driver in Wednesday’s opening round of practice with a fast lap at 224.526 mph. Andretti was second with a lap at 224.345 mph, just ahead of Chip Ganassi Racing’s Scott Dixon.

Ryan Hunter-Reay, the 2014 Indianapolis 500 winner, was the third Andretti Autosport driver in the top four.

Further down the field was Zach Veach, 27th at 221.359 mph. Jack Harvey, who drives for Meyer Shank Racing and is a technical partner of Andretti Autosport, was seventh on opening day.

Day Two of practice is underway at Indianapolis Motor Speedway.

“It was all good,” Marco Andretti said of the early performance by the team. “Funny enough, really I was more focused on the race car. I was trying to bury myself in traffic on older tires a lot today. We didn’t really focus on fast times. It was kind of nice that materialized as well. Well, second fastest time.

“It’s good that the car rolled off with some pace. That’s always kind of like the first hurdle you have to get over. From there, it’s just working on the car balance. That’s what we were able to do. We were one of the better ones in the pack today. It just seems kind of hard to pass where things are at right now.

With the current abbreviated schedule for this year’s Indy 500, teams are spending the first two days of practice working on race day setup. Qualifying simulations won’t start until Friday, when IndyCar will give each engine additional turbocharger boost, which will add 40-50 more horsepower.

Andretti Autosport has used the first few hours of Thursday’s practice running in formation, to determine the handling characteristics and setup of the Dallara/Honda combinations in race trim.

“We need to see more days like this,” Marco said. “I’m not just talking about the speed, just the way the car felt, really putting ourselves in really tough situations like the race is going to be. That’s going to be my focus, is to try to get comfortable with being uncomfortable and put myself in really tough spots, make the car as good as we can make it.

“I’m really, really focused on the race. I’ve been quickest here a lot, I’ve been on the front row, I’ve been in the top 10 the majority in qualifying, but it hasn’t gotten me a Borg-Warner. That’s my focus right now.

“I think come Fast Friday, we’ll be right back where we were last year if not a little bit faster. That’s the plan.

“Right now, in race trim, I never even hardly look at the times. I look at basically how the car feels. Fast Friday, we’ll try to get alone to see what the cars can do alone. It’s always a little bit of a reset on Fast Friday when we turn the boost up. That will be when we start to look more at that.

“I think we’ll be right there come Friday.”

A strong performance in the double-points paying Indianapolis 500 would serve as a significant boost to Andretti’s season. He enters the Indy 500, 21st in the points.

“There’s not much I can do, right?” Marco said. “I just have to keep going.

“Yeah, that’s basically my answer. A lot of it’s been circumstantial, DNF’s here, a fire in Iowa, stuff like that.

“I think we just came off one of my worst tracks, is Iowa. We top 10’d it. That was our first normal race of the season and we were in the top 10. We started at Texas; we should have finished fourth through sixth. We had some stuff go wrong there.

“It’s not really pace this year. That’s kind of what is keeping me upbeat and positive. This place, I feel good around here regardless.”

To continue reading, please turn to the next page.