Wise Opts Out Of Knoxville, Heading To Pennsylvania 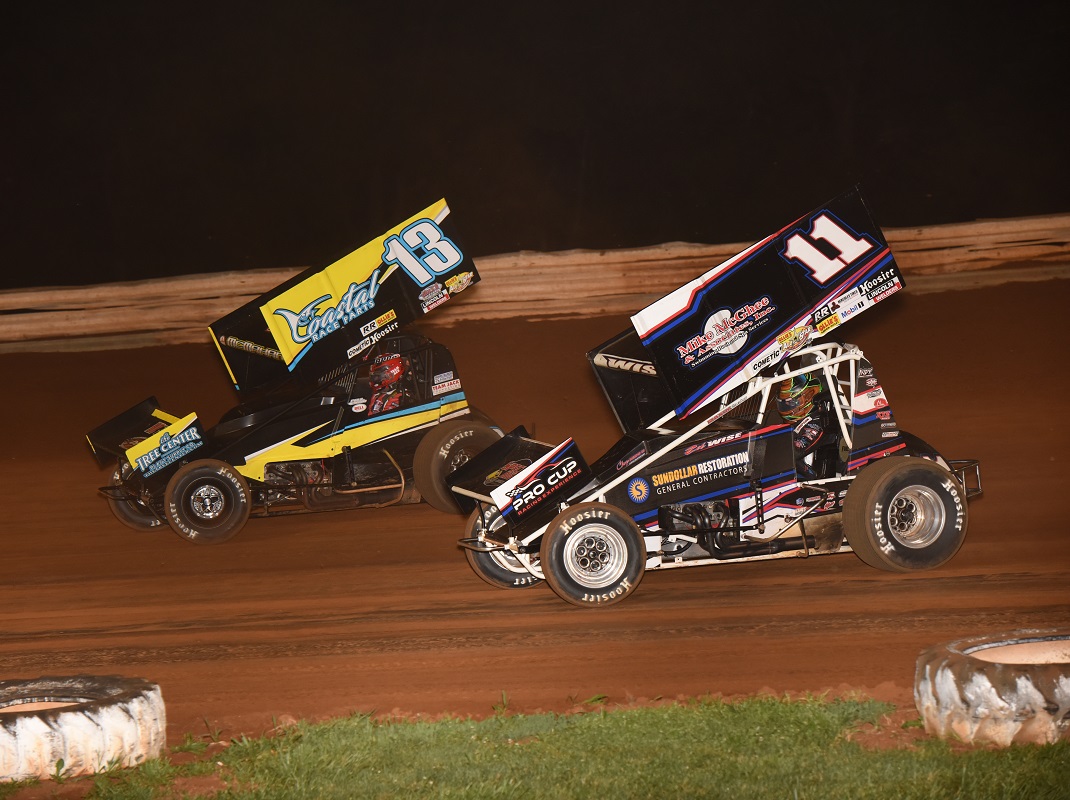 ANGOLA, Ind. — This weekend’s The One and Only at Knoxville (Iowa) Raceway will go on, but without one of sprint car racing’s rising young talents.

After initially committing to race at the half-mile Marion County Fairgrounds dirt track Aug. 13-15, Zeb Wise and Sam McGhee Motorsports have elected not to compete in the three-day Knoxville program.

Instead, Wise and the familiar No. 11 sprinter will head to the Keystone State, running a pair of Pennsylvania races at Williams Grove Speedway and Port Royal Speedway on Friday and Saturday nights, respectively.

Wise confirmed the news on social media Thursday morning in advance of the first night of racing at Knoxville.

“We as a team have decided to take this last off weekend we have and use it to prepare and get laps at two tracks we visit at least twice coming up on the All Star Circuit of Champions schedule,” Wise said in a statement. “This wasn’t an easy decision, as we love Knoxville and were looking forward to heading to The One and Only. But we feel that we should take our last open weekend and use it to get the car and myself more comfortable at Williams Grove and Port Royal.

“We are looking forward to Knoxville next year and are going to miss it this weekend.”

Wise is fourth in All Star points, 304 behind championship leader Aaron Reutzel. His best finish this season with the series is second at 81 Speedway in Park City, Kan., on June 7.

The All Star Circuit of Champions returns to Williams Grove on Aug. 28 for twin 20-lap features, while the traveling series will be back at Port Royal Sept. 10-12 for the three-day Tuscarora 50 weekend.