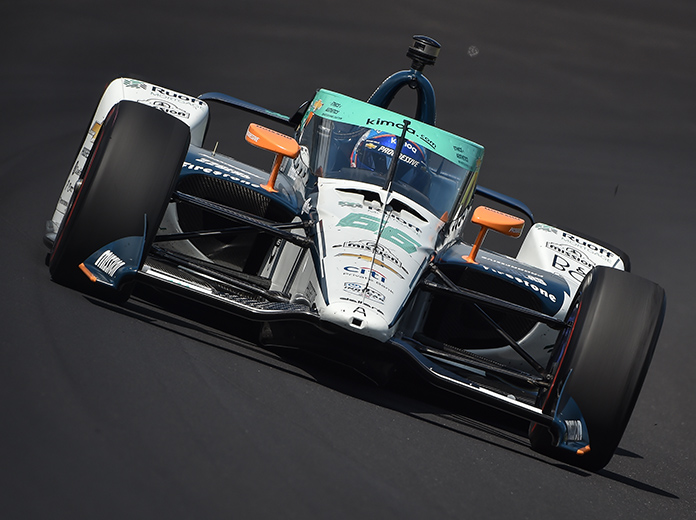 INDIANAPOLIS – After a flawless start to the week of practice at Indianapolis Motor Speedway, Arrow McLaren SP’s Fernando Alonso crashed with 45 minutes left in Thursday’s practice session for the 104th Indianapolis 500.

Alonso came out of the exit to turn four too low, which sent his No. 66 Chevrolet into the outside wall in turn four. Alonso’s car then drifted across the track, hitting the wall at the entrance of pit road. The car sustained damage to the rear as it came to a stop near the Dreyer & Reinbold pit on the north end of pit road.

Prior to his crash, Alonso was sixth quick in practice with a fast lap at 224.363 mph. He had spent much of Thursday’s session running in the top four before he got too low in the center of turn four.

“This place, the walls come very close,” Alonso said after he was checked and released from the IU Health Infield Care Center. “That’s the way it is. We learn from this and nothing we can do now. Hopefully, tomorrow we start again. Let’s get back to work and no more issues.

“I think the car is going to be repaired. I think we’ll be fine.”

Alonso also crashed during practice at Indianapolis Motor Speedway in his failed attempt to make the field in 2019.

More in this category: « Wise Opts Out Of Knoxville, Heading To Pennsylvania Six Winners At South Dakota’s Raceway Park »