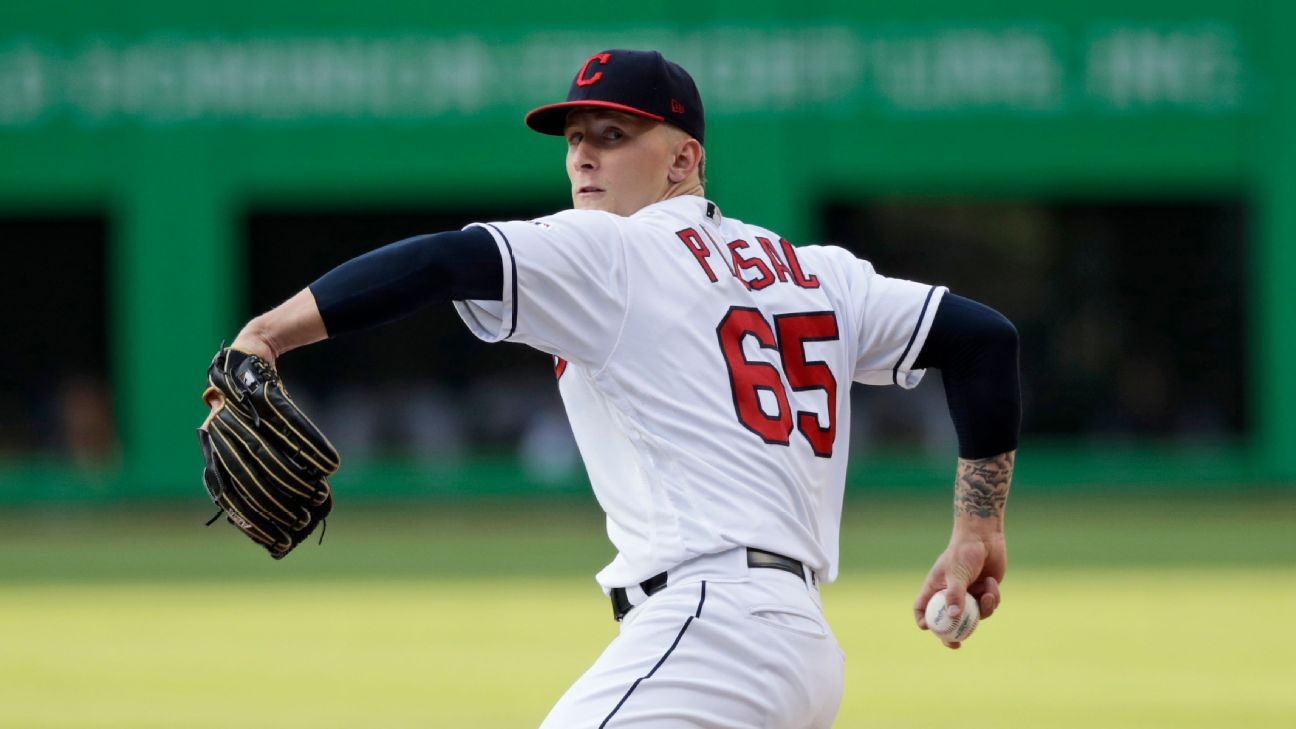 CLEVELAND -- Indians pitcher Zach Plesac said he feels he and teammate Mike Clevinger have been unfairly portrayed as "bad people" in the aftermath of the pitchers being quarantined by the team for violating COVID-19 protocol last weekend in Chicago.

Plesac, 25, said he posted a six-minute video on his Instagram page Thursday to " get out the truth" to fans about his situation.

Corona virus is REAL. Moving forward, it is our job to practice certain safety guidelines without letting it affect our quality of life. ???

He acknowledged breaking team curfew last Saturday after he and Clevinger left the team hotel, went out to dinner and socialized with Plesac's friends. Plesac had pitched earlier in the day, getting the win as the Indians beat the White Sox.

After the Indians were told by Major League Baseball security about the players being out in public, the team got a car service to drive Plesac home so he wouldn't risk exposing himself to teammates if he had been infected by the coronavirus.

Clevinger didn't tell the team he was with Plesac and flew home with the team.

The Indians placed the two right-handers on the restricted list Tuesday, when fellow pitcher Adam Plutko said Plesac and Clevinger had "hurt us bad. They lied to us."

On Wednesday, manager Terry Francona said Plesac and Clevinger "got some trust to earn back and they're gonna have to earn that back."

Plesac maintains his actions weren't malicious and that he and Clevinger practiced social distancing when they were with a small group at dinner and then afterward. Plesac said he has twice tested negative for the virus and understands the risks he took by going out.

While he didn't deny breaking the team's code of conduct implemented to keep players safe, Plesac said reports about him and Clevinger have not been fair.

Plesac said he and Clevinger were within CDC guidelines when they left the team hotel and were never with "more than eight people the entire night."

He feels he and Clevinger are being cast as "bad teammates, bad people and dragged across the mud."

Plesac said he understands the risks with COVID-19 and that his brother has Type 1 diabetes and his mother is a nurse.

"It breaks my heart for people to think I'm a bad teammate or a bad person. But I wanted to share with you guys that moving forward, there's a selflessness lesson taught here and at the end of the day, I want everybody to be healthy. I want to be a good teammate. I want to win baseball games, man. That's all I want to do."

Privacy laws prevent the Indians from disclosing test results for Plesac and Clevinger. The team has not said if the pair will be subjected to further discipline.

More in this category: « Real or not? Jose Altuve could be MVP again Abreu blasts record-tying 6 HRs in series vs. Cubs »