Strasburg ejected for arguing -- from the stands 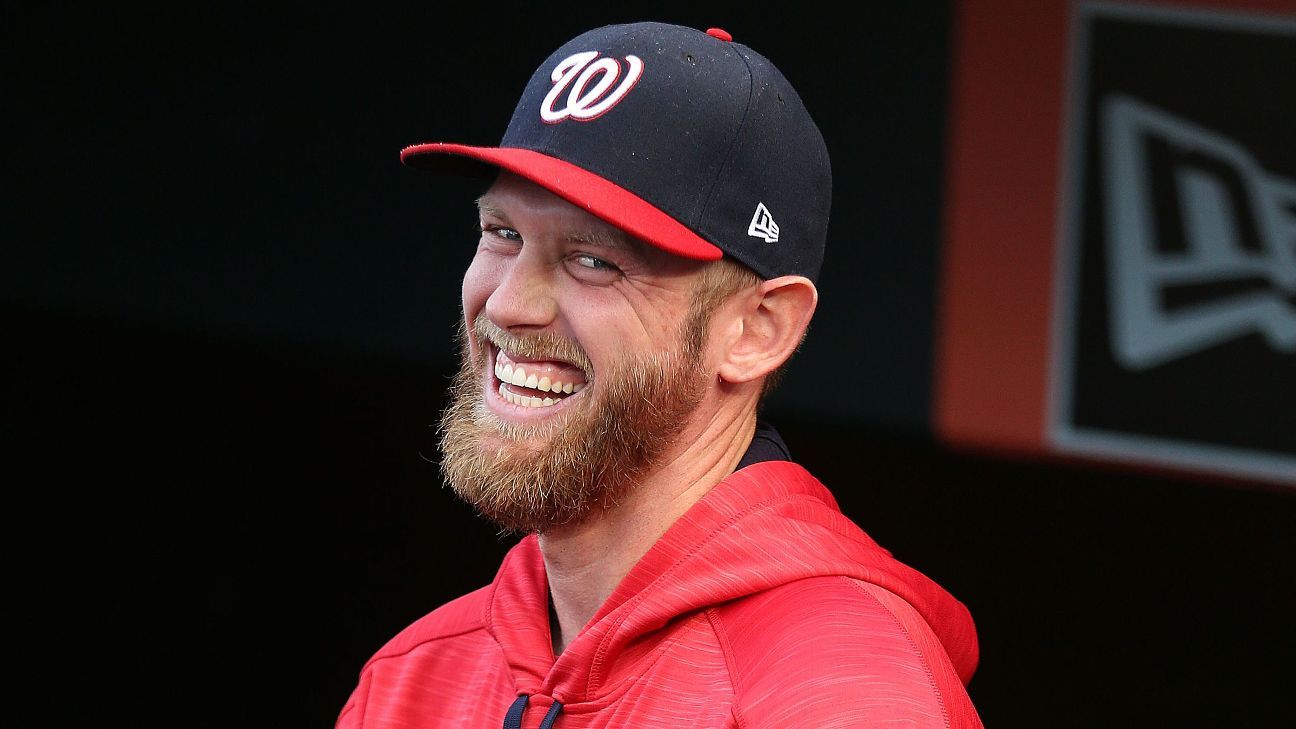 NEW YORK -- A pitcher getting ejected for arguing balls and strikes -- on his day off? And, from the stands?

Nationals star Stephen Strasburg earned one of baseball's most unique ejections in the third inning of Washington's game against the New York Mets on Thursday.

Strasburg was sitting in Section 121 at Citi Field in this socially distant season because he's scheduled to start Friday against Baltimore Orioles. He was apparently unhappy with the strike zone of plate umpire Carlos Torres after Austin Voth's 2-2 pitch to Pete Alonso on the outside corner was ruled a ball.

Moments later, Torres ejected last year's World Series MVP, though it took a few seconds to realize who had been tossed.

Someone was heard yelling: "You're [expletive] brutal" shortly before television cameras captured Strasburg doffing his cap as he walked up the staircase on his way out of the park.

The usually stoic Strasburg appeared to be grinning underneath his blue mask as he made his exit.

Strasburg isn't the first pitcher to be ejected from the stands this year, as it happened to Pittsburgh's Derek Holland on July 26.

More in this category: « Real or not? Jose Altuve could be MVP again Abreu blasts record-tying 6 HRs in series vs. Cubs »