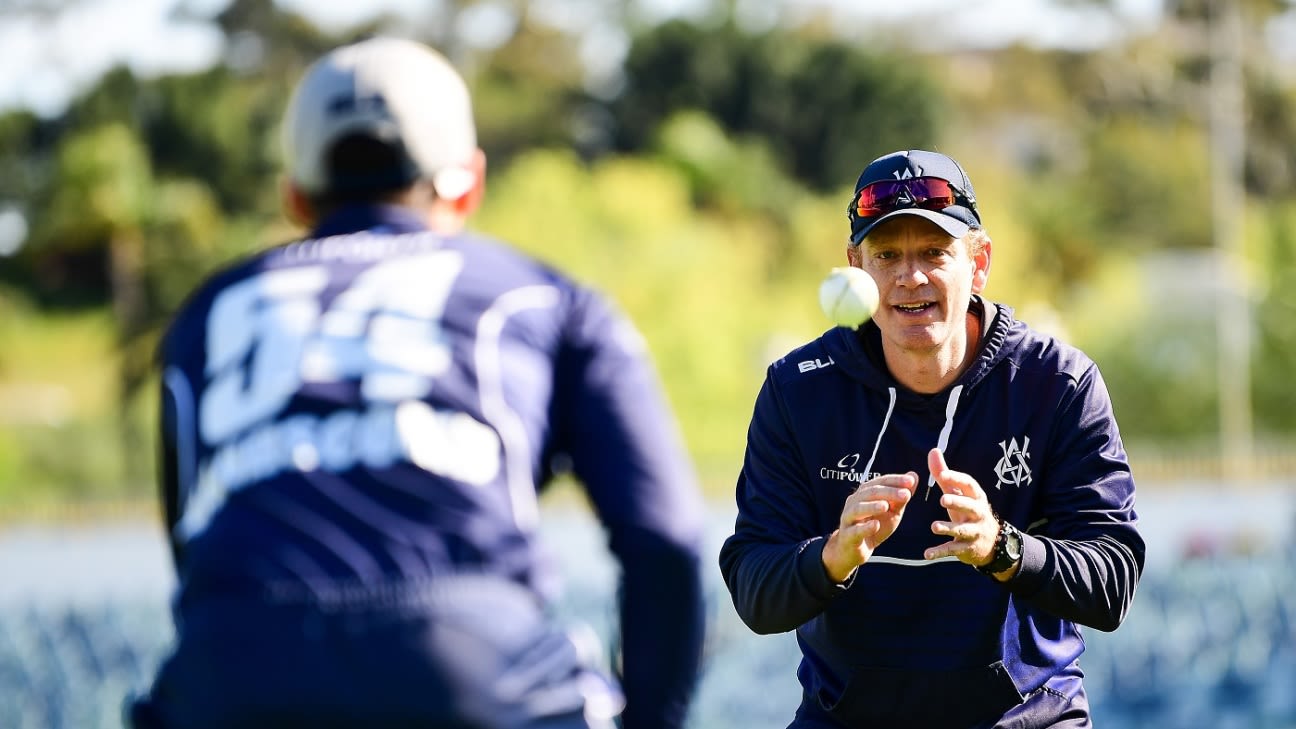 Australia's senior assistant coach Andrew McDonald will not join the touring party to England because of his contract with Rajasthan Royals in the IPL.

Twelve of the 21 players - including captain Aaron Finch (Royal Challengers Bangalore) and vice-captain Pat Cummins (Kolkata Knight Riders) - picked in Australia's squad for the three T20Is and three ODIs in England have IPL deals. With no relaxation in the quarantine rules for both the English and Australian players likely, they are set to miss the early part of the IPL.

Australia's limited-overs tour of England kicks off on September 4 and will end on September 16, three days before the start of IPL 2020 in the UAE. It is understood that Royals will be among the first teams to land in the UAE, most likely on August 20. McDonald, the former Australia allrounder. had been appointed Royals' head coach for a period of three years from IPL 2020.

ALSO READ: No relaxation likely in quarantine rules for English and Australian players in IPL

"When Andrew came onboard that was part of our agreement with him that he would be able to continue as head coach of the Rajasthan Royals - and we're really comfortable with that," Ben Oliver, Cricket Australia head of national teams, said. We believe that's a beneficial outcome for Andrew's development as a coach, but also for our players. Having someone who has had that experience and bring it back into our environment, particularly with three white-ball World Cups coming up in the next three years; two of them in India. It's [a] really valuable experience for Andrew and our team."

Defending IPL champions Mumbai Indians are the only franchise that will remain unaffected in terms of player unavailability, as both Nathan Coulter-Nile and Chris Lynn weren't selected for the tour. Lynn is instead preparing to turn out for St Kitts & Nevis Patriots in the Caribbean Premier League, which will kick off on August 18.

McDonald's availability for Royals comes as a significant boost for the team after their fielding coach Dishant Yagnik tested positive for Covid-19. After his 14-day quarantine, Yagnik will undergo two more tests as per the BCCI's protocols. If he tests negative in both, he can leave for the UAE where he will have to self-isolate for six days before undergoing three more tests. Only after clearing those, he would be allowed to join the team.