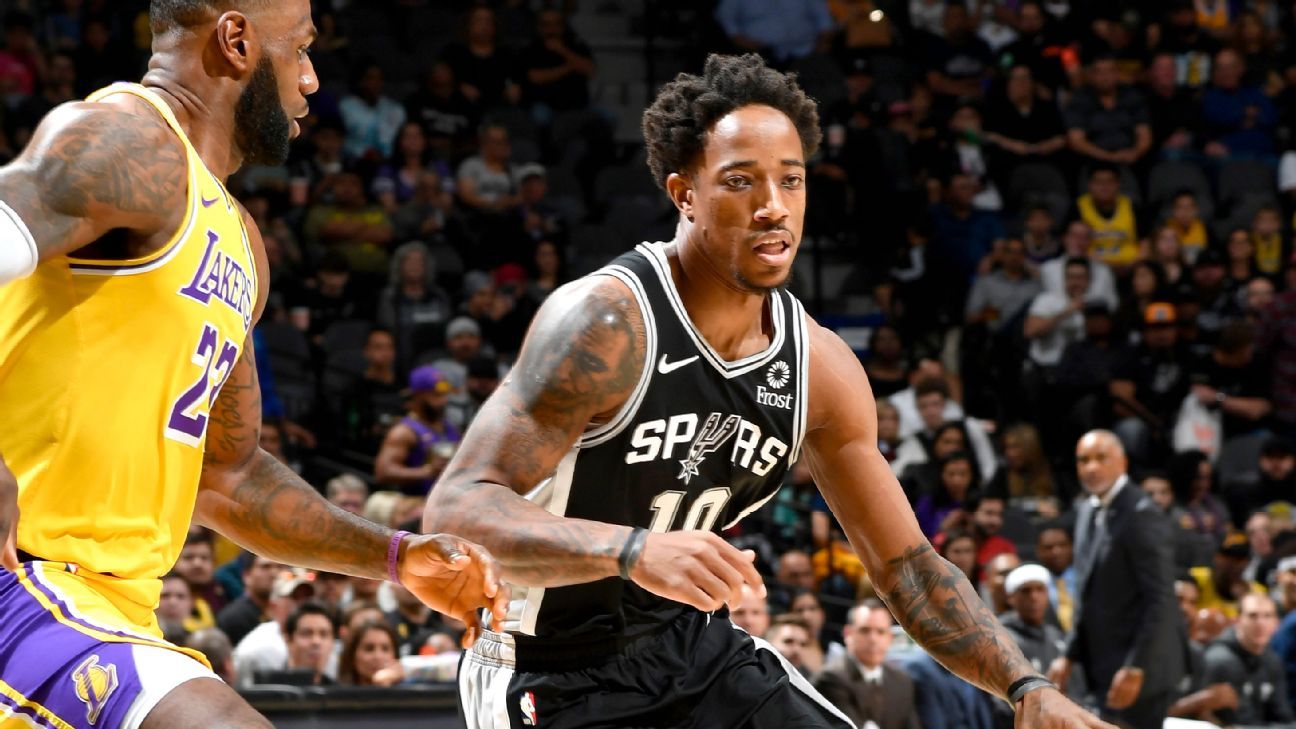 DeRozan will sign a three-year, $85 million contract with the Bulls when the NBA's free-agency moratorium is lifted Friday, according to the source. San Antonio will receive forwards Thaddeus Young and Al-Farouq Aminu from the Bulls as well as a future first-round pick, the source said.

Because of the Nikola Vucevic trade in March, the first time the Bulls can trade a first-round pick is either 2025 or 2026, depending on whether Chicago sends its 2023 pick (top four protected) or 2024 pick (top 3 protected) to the Orlando Magic to complete that prior deal.

Over the past 24 hours, the Bulls have transformed their roster, acquiring DeRozan and guards Lonzo Ball and Alex Caruso while sending out guard Tomas Satoransky, Young and Aminu in an attempt to get back to the playoffs for the first time in five seasons.

DeRozan, who will turn 32 Saturday, averaged 21.6 points last season for San Antonio and has scored over 20 points per game in each of the past eight seasons. The four-time All-Star spent the first nine seasons of his NBA career with the Toronto Raptors before he was sent to the Spurs, along with center Jakob Poeltl, for Kawhi Leonard and Danny Green before the 2018-19 season.

In his three seasons with the Spurs, DeRozan posted the three highest assist totals of his career. He likely will be asked to continue that role as a ball-handler and creator with the Bulls next to Ball and Zach LaVine in half-court offensive sets.

Young, meanwhile, had a strong season for the Bulls last season, averaging 12.1 points, 6.2 rebounds and 4.3 assists in 68 games for Chicago. Aminu played 23 games between Orlando and Chicago last season, coming to the Bulls as part of the Vucevic trade, and has played a combined 41 games over the past two seasons since signing a three-year, $30 million deal with Orlando because of persistent knee issues.

Young and Aminu are both on expiring contracts.

The Bulls still have around $20 million below the luxury tax line, according to ESPN's Bobby Marks, to fill out their roster. The one main outstanding issue for Chicago still to resolve is the status of restricted free agent forward Lauri Markkanen.