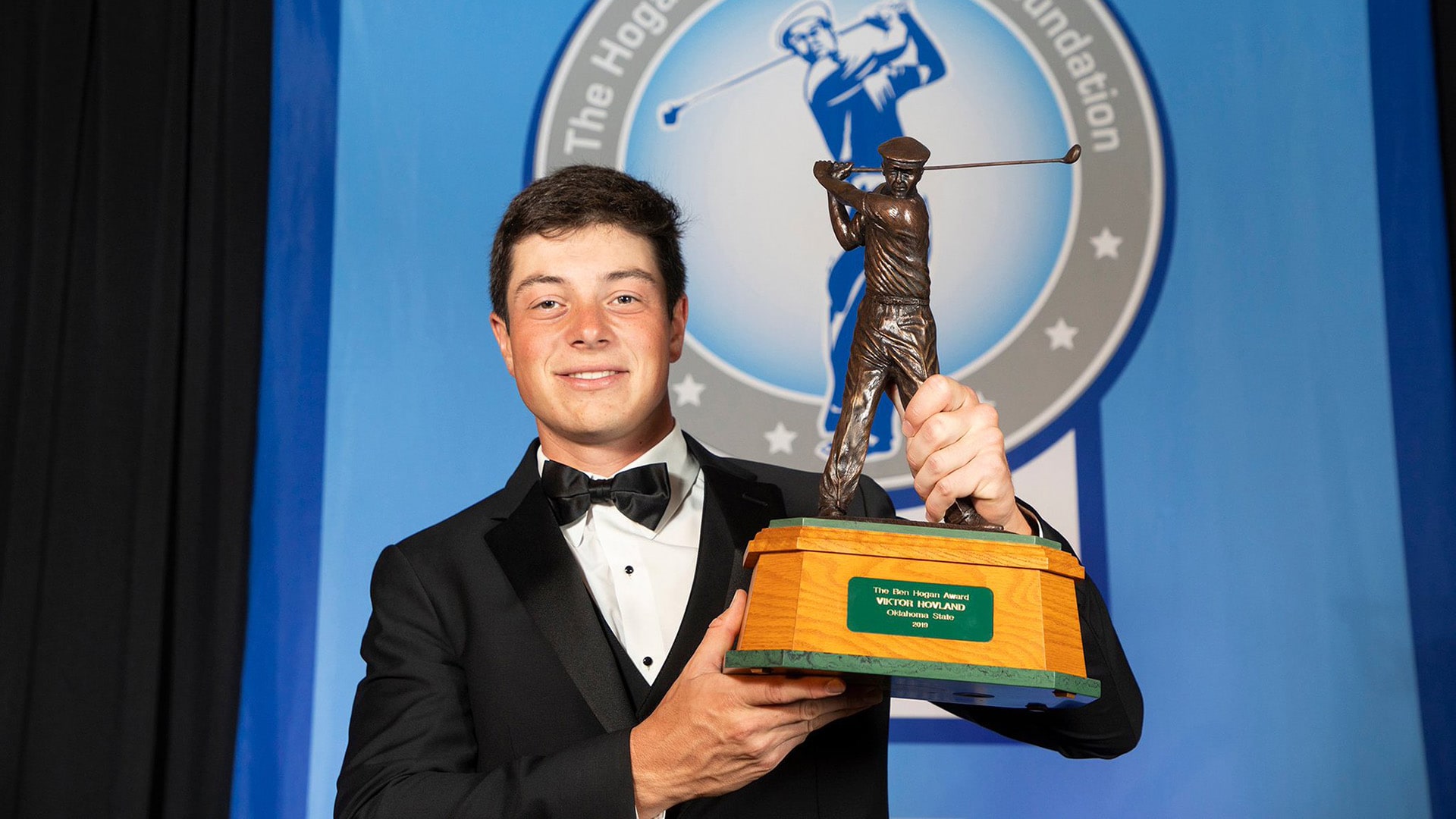 The committee got it right.

The award is voted on by a 30-man committee comprised of experts in amateur, college and professional golf, and goes to the top men’s college player taking into account all amateur competition in the past 12 months. Hovland beat out fellow finalists, teammate Matthew Wolff and Cal senior Collin Morikawa.

While Wolff and Morikawa have had incredible years, Hovland was the no-brainer pick based on his credentials. The Oslo, Norway native is currently ranked No. 1 in the World Amateur Golf Ranking, Scratch Players World Amateur Ranking and Golfweek/Sagarin College Rankings. He is second in Golfstat.

He won the 2018 U.S. Amateur at Pebble Beach, which earned him a spot in the 2019 Masters, where he finished T-32 to capture low-amateur honors.

Hovland also was runner-up at last year’s European Amateur, reached the Round of 16 at the 2018 British Amateur and shared eighth while representing Norway at the World Amateur Team Championships. He tied for 40th at the Arnold Palmer Invitational this year.

In college this season, Hovland has a 68.59 scoring average while winning three times among his eight top-10s.